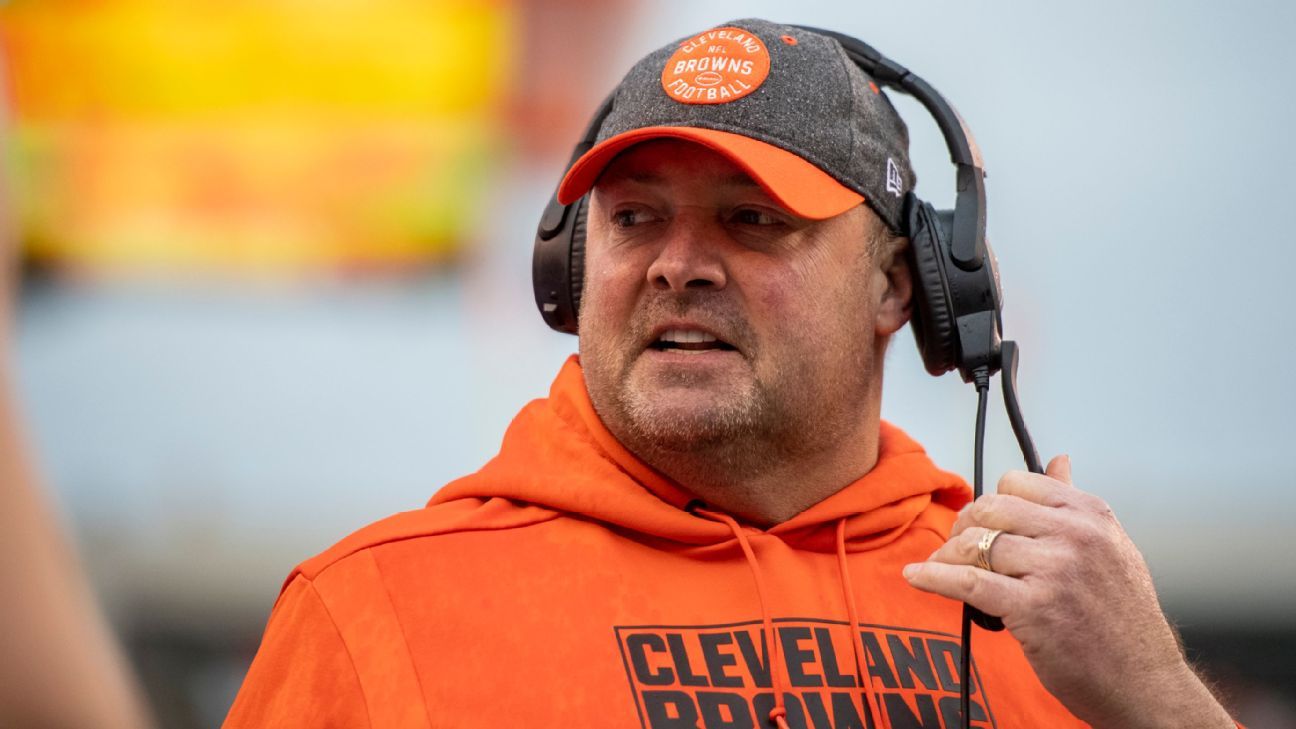 BEREA, Ohio — Even after a dispiriting loss to the lowly Cincinnati Bengals on Sunday, Cleveland Browns head coach Freddie Kitchens spoke like he’d have a job to come to on Monday.

Turned out, he would not.

Shortly after the team landed from Cincinnati, owner Jimmy Haslam and general manager John Dorsey met with Kitchens at the team’s practice facility to fire him following one season, in which Cleveland finished 6-10.

Whomever is hired as the Browns’ new head coach is expected to have input on whether Dorsey remains as the general manager, sources told Schefter.

Owners Jimmy and Dee Haslam announced Kitchens’ firing in a statement while the meeting with Kitchens was still ongoing, according to a team source.

“We thank Freddie for his hard work and commitment to this organization but did not see the success or opportunities for improvement to move forward with him as our head coach,” the Haslams said. “Our focus is on hiring an exceptional leader for this football team and we will take a comprehensive approach to this process. We are excited about the core players we have to build around and develop and we look forward to bringing in a strong head coach that will put this group of players in the best position to succeed.”

The Haslams have now gone through six head coaches, including interims, since buying the team in 2012. Cleveland will be hiring its 12th head coach since returning to the NFL in 1999.

After a listless performance in Sunday’s 33-23 loss to the Bengals, who were 1-14 coming in, yet another coaching move in Cleveland felt unavoidable — even as Kitchens pushed back on any inevitability.

“We’ve got meetings scheduled through next week, and I’m looking forward to going to work tomorrow,” Kitchens said. “They have not given me any indication of anything else. Mr. Jimmy and Dee, I think they want me to do my job, and that’s what I’m gonna do — until they tell me not to, if they tell me not to.”

The Haslams had seen enough, as Kitchens’ brief tenure was enveloped by discipline issues and distractions.

The Browns ranked in the top five in penalties and penalty yardage all season.

Then on Nov. 14, in the closing seconds of a victory over Pittsburgh, star defensive end Myles Garrett ripped the helmet off Steelers quarterback Mason Rudolph and slugged him in the head with it. The incident left Garrett suspended indefinitely, and the ensuing melee led the NFL to fine the Browns and Steelers $250,000 apiece.

Before the Dec. 1 rematch, Kitchens was photographed at the movies wearing a “Pittsburgh started it” T-shirt, a reference to the brawl. After the Steelers won the game 20-13, which severely damaged Cleveland’s playoff chances, several Pittsburgh players criticized Kitchens for wearing the shirt.

Kitchens, who originally came to Cleveland last year as a running backs coach, took over as offensive coordinator midway through the 2018 season after head coach Hue Jackson was fired. With Kitchens calling plays, quarterback Baker Mayfield thrived and went on to break the NFL rookie record with 27 touchdown passes.

The offensive surge in the second half, propelling the Browns to a 7-8-1 finish, prompted Dorsey to make Kitchens his first head-coaching hire in Cleveland, even though Kitchens had never been a head coach at any level. Though the Browns hadn’t won their division in 30 years, expectations for Cleveland ballooned even higher when Dorsey traded for All-Pro wide receiver Odell Beckham Jr. from the New York Giants in the spring.

Cleveland ranked just 22nd in offensive efficiency and scored more than 30 points only twice all season. Meanwhile, without Garrett, the Browns defense crumbled down the stretch, surrendering at least 30 points in each of the final three games.

After the loss to the Bengals, Kitchens admitted this season failed to meet expectations.

If you’d like to wager on Jon Jones’ future, these prop bets are for you