PHILADELPHIA — The Philadelphia Eagles took a big step toward solving their cornerback problem by acquiring Darius Slay from the Detroit Lions for third- and fifth-round picks, per ESPN’s Adam Schefter, though the deal does come with some risk.

The Eagles’ secondary was a blank slate entering this offseason with uncertainty about both starting cornerbacks and safeties. Two days into NFL free agency, it has been mostly colored in, with the brightest stroke coming through this splash move.

Philadelphia was in pursuit of free-agent cornerback Byron Jones, but he opted to sign with Miami. Once the Eagles realized they wouldn’t be able to land Jones, they turned their attention to Slay.

What you need to know about the Philadelphia Eagles:

Slay is a lockdown corner at his best. Since 2017, 36 defensive backs have seen at least 200 targets as the nearest defender in coverage. Only Marlon Humphrey (.492) and Stephon Gilmore (.492) have allowed a lower completion percentage than Slay (.518), per NFL Next Gen Stats. He will make everybody’s job easier, from the pass-rushers, who will have more time to get after the quarterback, to his counterparts in the back end.

He plays with the type of tenacity defensive coordinator Jim Schwartz covets. In fact, Slay was a second-round pick of the Lions in 2013, when Schwartz was the head coach in Detroit.

“From the top down they seem like an amazing organization,” Saly told ESPN’s Mike Rothstein. “I’m looking forward to going out there and trying to help whatever they needing me to do. I want to be a great teammate, as I’ve always been.

“I thank the Eagles organization for believing in me and trusting in me to go out there and handle the job they need me to do. I’m looking forward to going out there and competing with them.”

Detroit! Ya’ll have been so good to me & my family. I’m going to miss all the fans & showing the city love. I appreciate the fans, coaches, staff & City. Nothing but love & respect to y’all. To my Eagles fans, ya boii is READY TO WORK! @MeekMill whats goooood! #Eagles #FlyHigh pic.twitter.com/gnhf1IpmjD

Slay has a good track record against Cowboys receiver Amari Cooper, who will now have to deal with Slay twice a season. Cooper had 42 yards total with a 33% catch rate in two games against Detroit.

The Slay acquisition eases the blow of Malcolm Jenkins‘ departure. When you see the amount of resources now committed to one cornerback post, it’s more understandable why the Eagles didn’t also commit further to the 32-year-old Jenkins. Three-fourths of the secondary picture is in focus, with safeties Rodney McLeod and Jalen Mills set to take the field with Slay. The Eagles can look to in-house candidates such as Avonte Maddox, Cre’Von LeBlanc, Rasul Douglas and Sidney Jones for the remaining vacancy, and also will have an eye on the lower-tier free-agent market and the NFL draft. 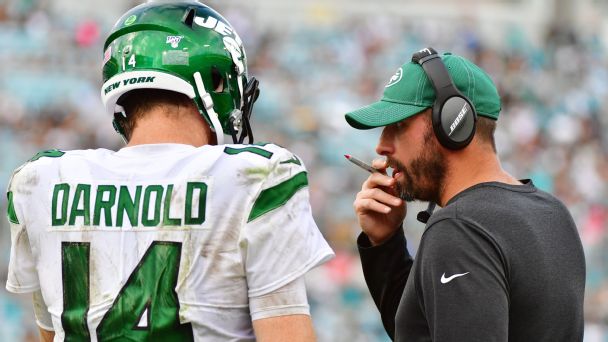 Philadelphia not only gave up draft capital, it made Slay the highest-paid corner in the league by handing him a three-year, $50 million extension. He will make $16.7 million on average, putting him ahead of Jones ($16.5 million) and Xavien Howard ($15.1 million).

Are the Eagles catching Slay past his prime, or did contract concerns affect his play in 2019, making last season a simple blip?

There is some uncertainty, which is not what you want when you’re investing this heavily in a player. But the Eagles were in desperate need of an upgrade at corner. Yielding big plays was the Achilles’ heel for the defense last season, as the unit allowed 15 pass plays of 40-plus yards in 2019, tied for second most in the NFL.

They had to be aggressive in an attempt to fix the issue, and on the whole, Slay is one of the best in the world at his craft.