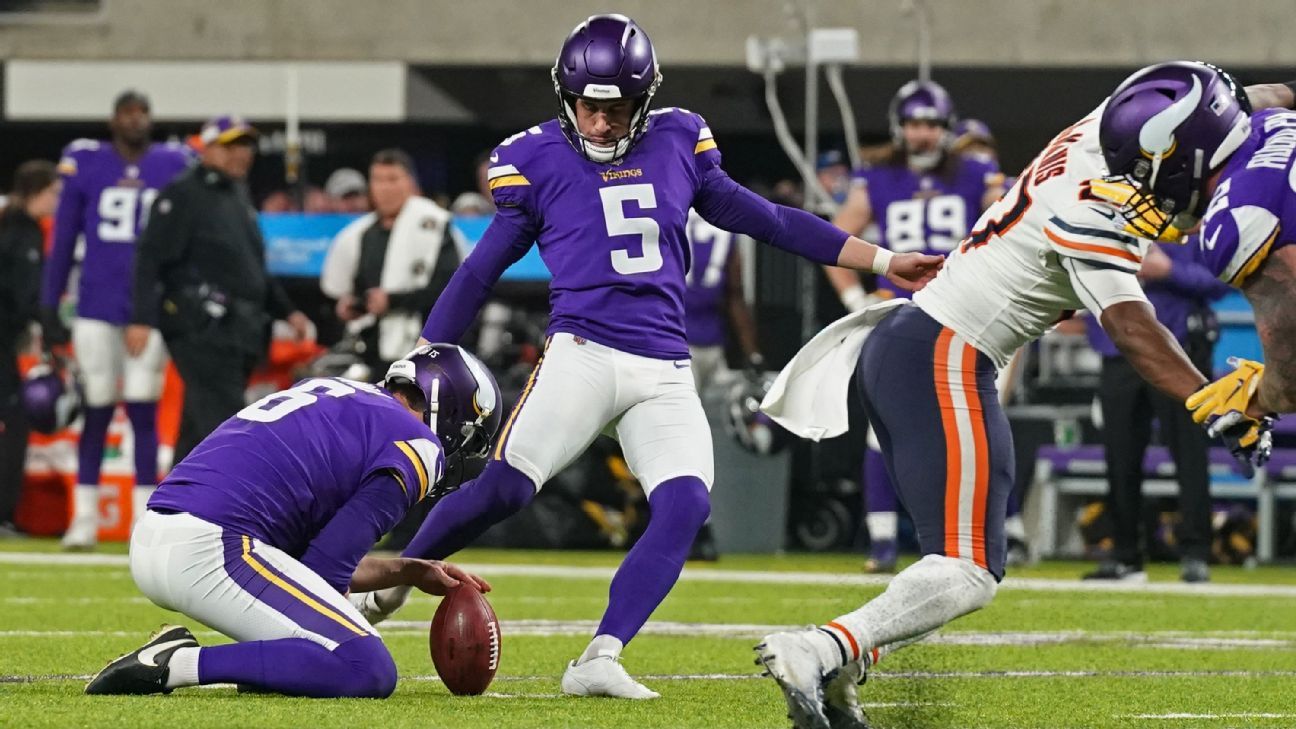 Minnesota Vikings kicker Dan Bailey agreed on Thursday to re-sign with the team.

The deal is for three years, a source told ESPN’s Courtney Cronin. The Vikings did not announced the terms of the contract.

The Vikings signed him in September of the 2018 season to replace struggling kicker Daniel Carlson, who was a fifth-round draft pick that year. Carlson was released after he missed three field goal attempts, including two in overtime, in a tie against the Green Bay Packers.