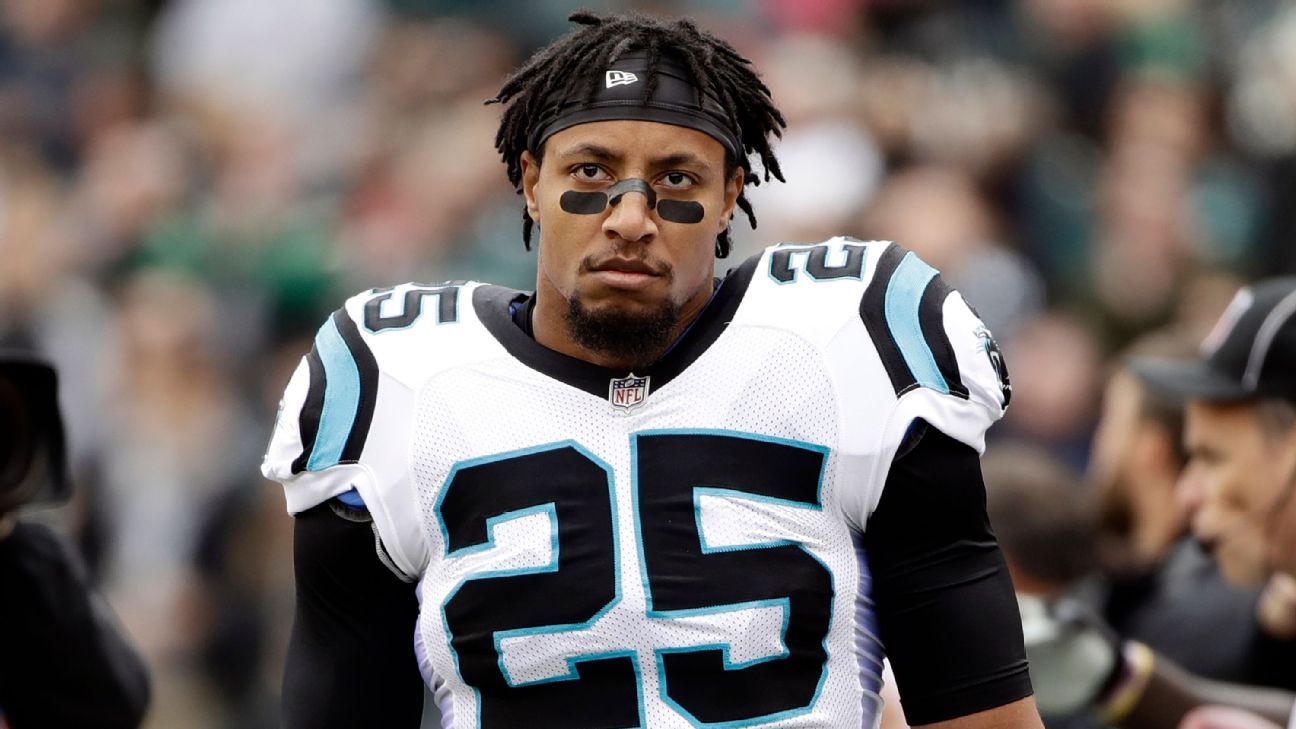 Reid, 28, signed a three-year, $22 million deal with Carolina last offseason. He was scheduled to count $8 million against this year’s salary cap, and releasing him will save Carolina $3 million in cap space, including $5.5 million with a post-June 1 designation.

“It’s been a pleasure Carolina!” Reid wrote on Twitter to announce his release, which was confirmed by ESPN’s Jeff Darlington. “I enjoyed my time and the support I received from the fans, media, teammates, and staff there will be remembered. Looking forward to furthering my career in another city!”

It’s been a pleasure Carolina! I enjoyed my time and the support I received from the fans, media, teammates, and staff there will be remembered. Looking forward to furthering my career in another city!

Reid was the first player to join Colin Kaepernick‘s protest against social injustice by kneeling during the national anthem in 2016, when both played for the San Francisco 49ers.

The Panthers initially signed Reid early in the 2018 season. He had been unsigned after joining Kaepernick in filing a grievance stating that the NFL and its owners colluded to prevent their employment because of their protest.

Reid and Kaepernick reached a settlement with the league in February 2019.

Reid was vocal after his initial signing and extension about the support he received from Panthers owner David Tepper and former Carolina coach Ron Rivera. His parting message on social media reinforced that.

Under new coach Matt Rhule, the Panthers have been dumping big contracts like Reid’s. They announced on Tuesday they were moving on from quarterback Cam Newton, whose departure via trade or release will clear $19.1 million under this year’s cap.

They also have moved on from Pro Bowl tight end Greg Olsen, saving about $8.1 million in cap space, and they traded Pro Bowl right guard Trai Turner to the Los Angeles Chargers to get out of the final two seasons of his four-year, $45 million contract and save about $3 million this year.

The Panthers also parted with special-teams captain Colin Jones, saving another $1.1 million in cap space with only a $200,000 hit in dead money.

Carolina will take a $5 million hit in dead money this season by releasing Reid.

This move comes a day after the Panthers agreed to re-sign free safety Tre Boston to a three-year deal worth $18 million and two days after they agreed to sign free-agent safety Juston Burris to a two-year, $8 million deal.

The moves continue to signal the complete overhaul of the roster under Rhule, who was hired from Baylor because of his reputation for turning around college programs.