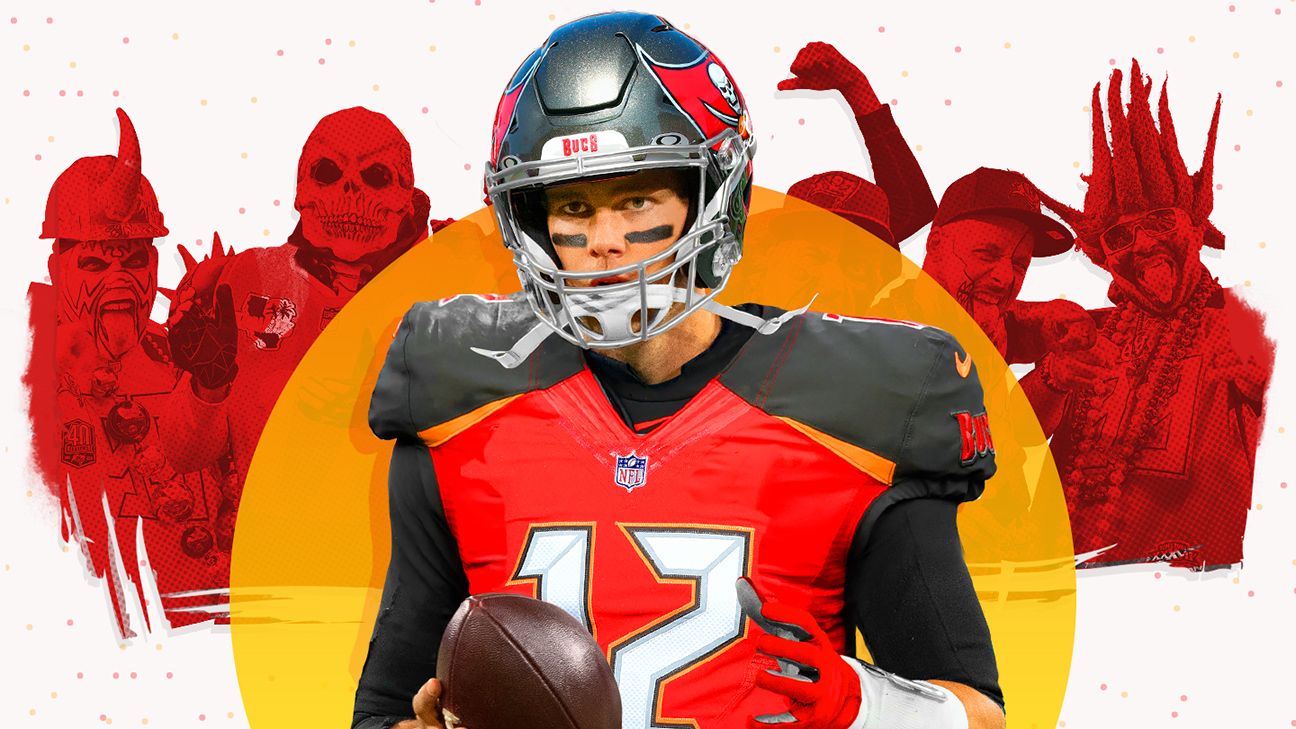 The six-time Super Bowl champion, who had spent 20 seasons with the New England Patriots, took to social media Friday morning to announce that he had signed his contract.

A source told ESPN’s Adam Schefter that it is a two-year deal. Terms of the deal were not immediately available.

“Excited, humble and hungry … if there is one thing I have learned about football, it’s that nobody cares what you did last year or the year before that … you earn the trust and respect of those around through your commitment every single day,” wrote Brady on Instagram on Friday. “I’m starting a new football journey and thankful for the @buccaneers for giving me an opportunity to do what I love to do.”

Brady, 42, leaves New England with six Super Bowl rings and 41 playoff starts since 2001. He will now go head-to-head with Drew Brees and Matt Ryan twice a year in the NFC South.

“Tom is a proven champion who has achieved greatness on the field because he demands the best out of himself and his teammates,” Bucs GM Jason Licht said in a statement. “I’ve known Tom since we drafted him in New England 20 years ago and through this process it became very clear that his desire to be a champion burns as strong today as it ever has. He possesses the type of rare natural leadership qualities that will immediately impact our entire organization.”

In recent years, Brady has repeatedly said that his goal is to play until he is 45, but he and the Patriots couldn’t come to an agreement on a contract extension last offseason. That created a path for Brady to explore his options as a free agent.

The Bucs jumped on it quickly, offering one of the most talented young receiving tandems in the league in Pro Bowlers Mike Evans and Chris Godwin, who both eclipsed 1,100 yards last year despite not playing full seasons, along with two 6-foot-5 tight ends in Cameron Brate and O.J. Howard.

“Tom Brady is an icon and a winner,” said linebacker Lavonte David, whom many consider the heart and soul of the Bucs’ locker room. “Excited to have a guy with that type of pedigree in our locker room. Looking forward to the upcoming battles.”

Brady has five times as many playoff wins, six times as many Super Bowl wins and seven times as many 30-touchdown seasons as all the quarterbacks in Buccaneers history, according to ESPN Stats & Information. He could lose his next 283 starts and still have a better career record than the Bucs franchise.

“Tom is the most successful quarterback in the history of our league, but what makes him so special is his ability to make those around him better,” Bucs coach Bruce Arians said in a statement. “I have had the privilege to work with some of the best passers in our game, and the characteristics they all possessed were the ability to lead and get the best out of their teammates. Tom is no different. He is a proven winner who will provide the leadership, accountability and work ethic necessary to lead us to our goal of winning another championship.”

To the outsider, Tampa Bay seemed an unlikely destination, especially when competing with the Los Angeles Chargers, who are just one season removed from a postseason appearance, whereas the Bucs have not been to the postseason since 2007 — the NFL’s second-longest playoff drought behind only the Cleveland Browns.

The Bucs have also had just two winning seasons in the last decade and have finished last in the NFC South seven out of the last 10 years.

But the desire was to be on the east coast, near family. There was also appeal in playing for Arians — a two-time NFL coach of the year and one of the league’s most colorful personalities, who is open to collaboration and has experience coaching veteran quarterbacks, as he did with Carson Palmer in Arizona.

The Bucs have already felt the impact of Brady’s arrival. After news broke that Brady would be headed to the Buccaneers earlier this week, fans reported queues of 5,000 to nearly 7,000 fans in front of them waiting to purchase season tickets. The Bucs also raised their season ticket prices by 15% for new season-ticket holders.