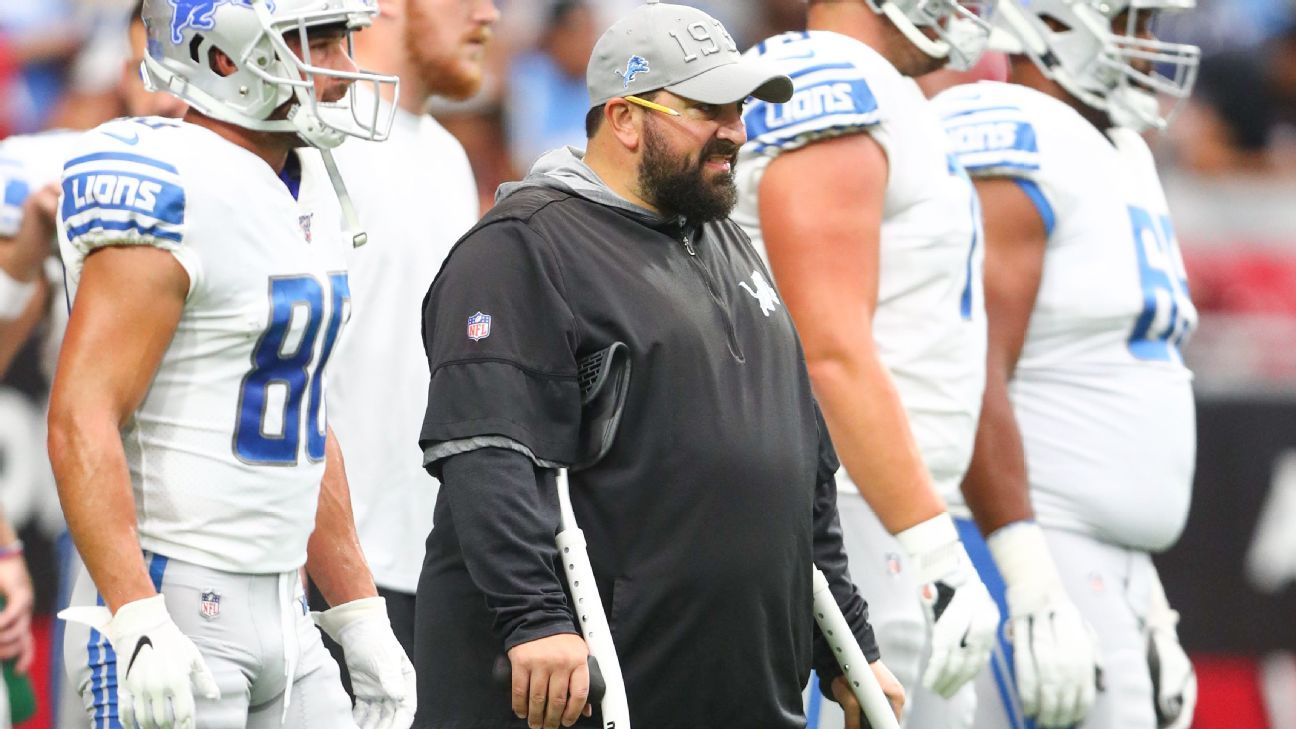 Two incidents between Lions coach Matt Patricia and cornerback Darius Slay early in Patricia’s tenure in Detroit began a rift between the two that might have contributed to Slay being traded, the player told ESPN on Thursday.

Slay, who on Thursday was dealt to the Philadelphia Eagles for two draft picks, talked about his respect for Lions owner Martha Ford, his teammates and the city of Detroit. But he told ESPN he didn’t see “eye-to-eye a lot” with one person in the organization: Patricia.

The discord stems from two instances in 2018, before Patricia had coached his first game. One had Slay questioning what Patricia thought of him as a player and the other led him to lose respect for Patricia as a person, Slay said.

The first was a one-on-one meeting with Patricia after Slay had returned from working out with Richard Sherman, Aqib Talib and Xavier Rhodes, he said. Slay had just come off his first Pro Bowl appearance and an All-Pro nod after leading the NFL with eight interceptions in 2017.

In the meeting, Slay said, Patricia told him he wasn’t “elite.”

“I’m like, ‘Huh?’ I said, ‘Huh.’ I’m trying to see where he’s coming at. He said I wasn’t an elite corner and that I’m not in their category. I was coming off an All-Pro year, eight picks,” Slay said. “That told me right there that he didn’t have no respect for me. He told me I was a good player but then to tell me what I’m not, so I said, OK, I just took that to the chin and said, ‘OK, that’s cool.’

“Then I bounced back to two back-to-back Pro Bowlers on him. Let him know how elite I was.”

The incident that bothered Slay more, he said, happened later during a team meeting after a training camp practice that led them to “never see eye-to-eye” from then on. A player whom Slay declined to name caught a couple of passes on him.

Slay, 29, said Patricia put the picture on the team board, with Patricia essentially telling him to stop kissing up to another player, although the coach used a more profane analogy.

“Yeah. Right there, after that, that’s when all my respect went out the door for him. As a man,” Slay said.

In a statement to ESPN about what was said in that meeting, Patricia declined to go into detail.

“Over the last two seasons, Darius and I have had multiple conversations in private that I believed were constructive and satisfactory,” Patricia said. “My discussions with athletes are confidential and I won’t comment on anything discussed with our players in a team meeting. I appreciate his hard work and wish he and his family all the success in Philadelphia.”

The incident Slay described in front of the team was corroborated by two other players who were in the room who asked for anonymity. A third player who was in the meeting but didn’t recall exactly what Patricia said indicated the coach would sometimes make attempts at humor that would fall flat with the majority of the room.

“Darius, to his credit, zero reaction, zero response,” a player in the room told ESPN. “He handled that s— like a G. Because that was wild. If it was me and I was getting paid millions like he gets paid, I don’t know if my ego would have allowed that.

“Grown men to grown men, you just don’t talk to someone that way.”

Slay said he didn’t say anything at the time because he wanted to remain professional, and credited former teammate Glover Quin for keeping him calm. He said he still respected Patricia as a coach and that he can coach how he wants, but the personal relationship was “down the drain.”

“When he said that, I lost all respect for him and I just looked at it as I’m just here to play ball and try to do anything I can to help these guys win,” Slay said. “Give it my all for ’em because they deserve it because we go out there and grind together and I called it a day.”

Quin told ESPN his role was as a peacemaker during the situation and confirmed it happened.

“Slay didn’t like it. Nobody would have. Nobody would have liked it,” Quin said. “I sat next to Slay in team meetings so he was clearly, clearly upset. I just had to try and help him make a good decision and he took the higher road in the moment and kind of all got through. We all kind of got through it. Now he got out of there.”

Quin said it became kind of a “running joke” among some players about when Patricia might snap on one player or another because “you could tell, just because of the way his culture had been. Everything that everybody did, you knew something was going to be said.”

Slay said when they finally addressed the incident over a year later, Patricia told him he didn’t remember saying that, but Slay did say Patricia apologized.

But the first impression of Patricia stuck with Slay.

After the 2018 season, Patricia said publicly about his first season that he aimed to look at what he needed to do to “be a better head coach, better leader of this team, better ways to improve myself so that we can all push forward and give ourselves a better chance to win.”

Slay said the relationship with Patricia in 2019 “was a way better year than last year.”

He called the 2019 season “good, we had no problems,” and said both player and coach understood it was all business — that all Patricia needed to do was coach him on how to be a better player and what he needed to do to help Detroit win.

The one hiccup came when the Lions traded one of Slay’s close friends, safety Quandre Diggs, at midseason. Slay expressed his displeasure publicly and was bothered no one gave him a heads-up beforehand about the trade of a team captain and one of his fellow secondary members. Afterward, Slay’s name started to surface more heavily as a player who could be traded.

After the Diggs trade, Slay also started to talk less in general, and the cornerback said Patricia asked him about it. Slay said he then explained to Patricia how he felt about the trade and, eventually, about his comments a year earlier.

Slay said the relationship could potentially have been mended “in years to come,” but at the time, it wasn’t close. And by the end, they had at least been cordial.

But the cornerback said he needed “a fresh new start,” something he received in the trade to Philadelphia on Thursday.

“I know for sure right there that definitely had a part to deal with a lot of stuff,” Slay said. “You just don’t disrespect somebody like that, definitely not a grown man. Where I’m from, man, it don’t really go like that. I kept it professional and chill, kept it quiet. Just did my job.

“But I already knew that if I was ever to leave here that’s a story I need to tell, because they going to understand why Slay had a big attitude.”