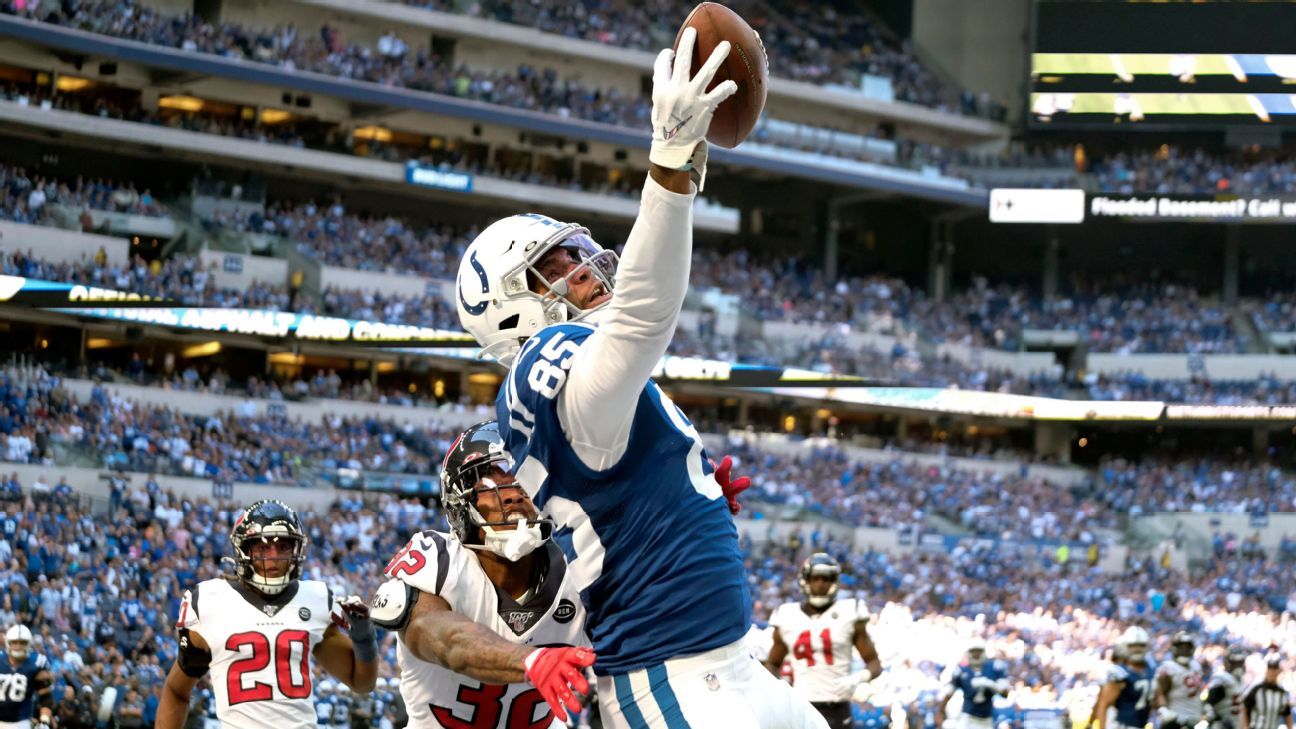 The two-year deal is worth $12 million, a source told ESPN’s Adam Schefter.

“[Steelers coach Mike Tomlin] told me he’s been on me since I was a Tar Heel, and he’s happy to get one of the guys he wanted out of college,” Ebron told ESPN’s Anderson. “He said being a defensive coach, he knows I’m hard to game plan against and I’m excited to come.”

Ebron, who was used more like a hybrid receiver during his two seasons with the Indianapolis Colts, had 31 receptions for 375 yards and three touchdowns before his 2019 season came to an end after suffering an ankle injury in Week 12.

The decision to shut it down for the season was made on his own and it didn’t sit well with the organization, as Colts general manager Chris Ballard made that clear during his season-ending news conference.

Ebron lacked consistency last season, despite meeting with Colts coach Frank Reich about having a bigger role in the offense, and he had five dropped passes. The drop-off was quite significant from 2018, when he set career highs with 66 receptions for 750 yards and 13 touchdowns to earn his first Pro Bowl appearance in his first season with the Colts.

He was selected with the 10th overall pick in the 2014 draft by the Detroit Lions, with whom he played four seasons. Overall, in six seasons, Ebron has 283 receptions for 3,195 yards and 27 receiving touchdowns. He also has rushed for two more scores.