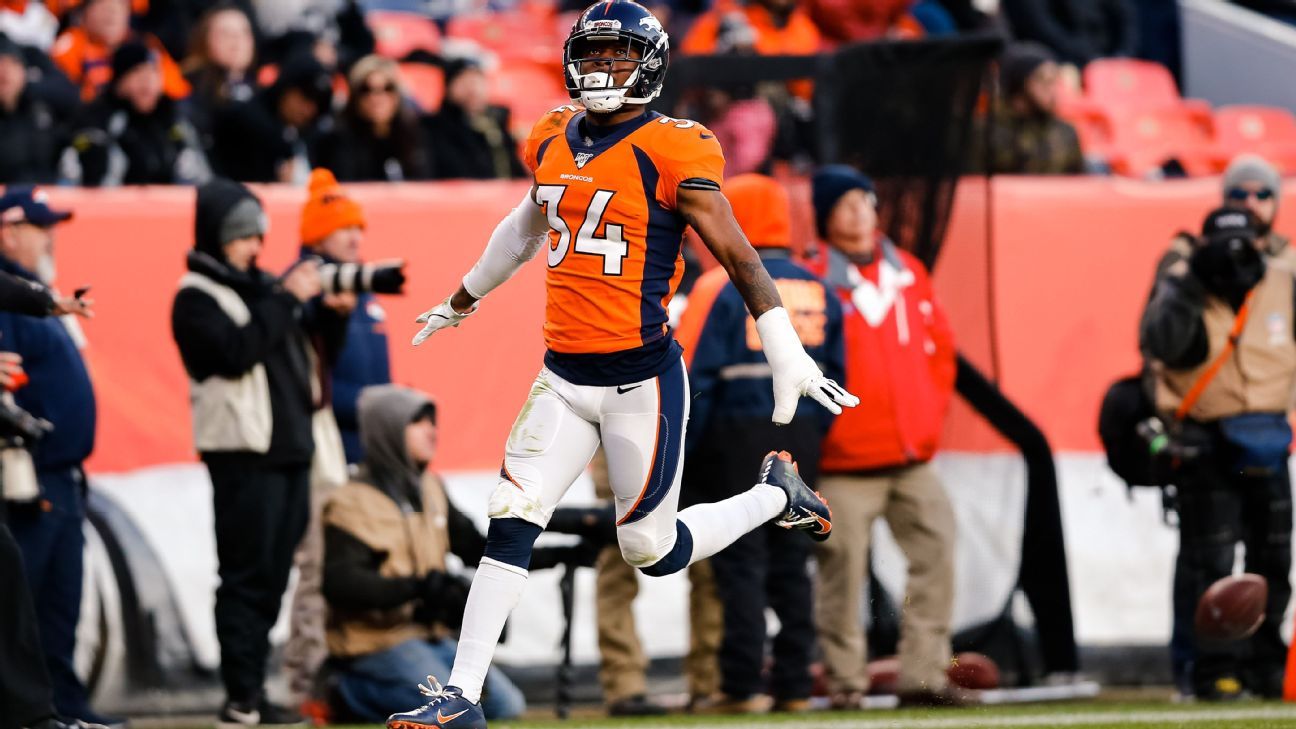 Parks left other deals on the table to sign in Philadelphia, according to Schefter. The Eagles are in the process of overhauling their secondary. They declined the 2020 option on team leader Malcolm Jenkins, who has since signed with the New Orleans Saints, traded for cornerback Darius Slay and re-signed safety Rodney McLeod and defensive back Jalen Mills, who will be cross-trained at safety.

Parks, 25, has played both corner and safety in the NFL, offering defensive coordinator Jim Schwartz the type of versatility that he likes in his players. He started seven games at safety last season for Denver and finished with an interception and 35 tackles.

Brown, 26, is a former fifth-round pick of the Chargers and has started 33 games in four seasons. He played 50% of the Chargers’ special teams snaps last year. He’ll have a chance to compete for playing time on a defense that has invested lightly at a position where they recently parted with Nigel Bradham and Kamu Grugier-Hill left via free agency.

Derrick Lewis not interested in fighting during coronavirus outbreak: ‘I can’t be selfish’