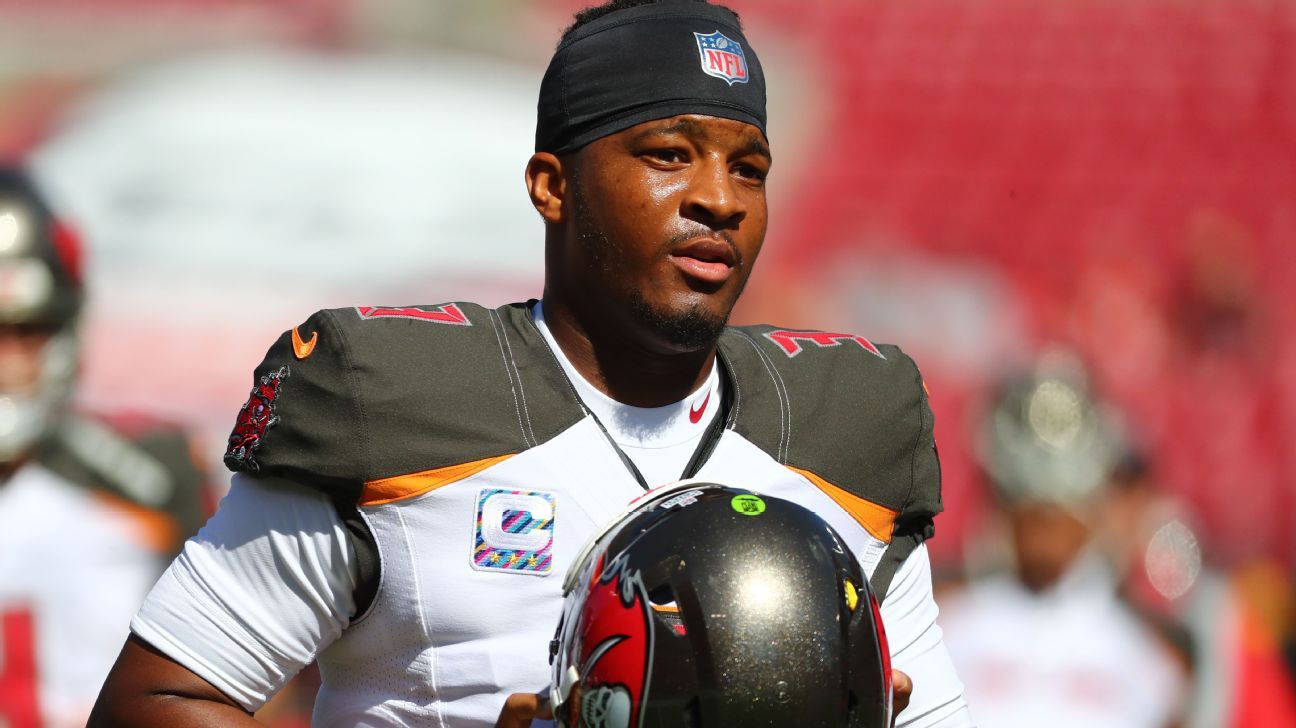 TAMPA, Fla. — Free agent quarterback Jameis Winston has not yet landed with a new team, but he took to Instagram and Twitter to bid farewell to Tampa Bay on Saturday morning.

The now-former Tampa Bay Buccaneers quarterback posted a photo of the night in 2015 that he was drafted with the first overall pick on social media.

“It’s been a great 5 five seasons as a Buccaneer. All love and respect. I love Tampa and I look forward to seeing y’all again in February. #SBLV #2020Vision #Dreamforever,” he wrote.

It’s been a great 5 seasons as a Buccaneer. All love and respect, I love Tampa and I look forward to seeing y’all again in February. #SBLV #2020Vision #Dreamforever pic.twitter.com/MIPiCfreXW

He led the NFL with 5,109 passing yards in 2019, but also became the first quarterback in NFL history to throw for 30 touchdowns and 30 interceptions.

His time as the Bucs’ starting quarterback officially came to an end Friday, when the Bucs signed six-time Super Bowl-winning quarterback Tom Brady to a two-year deal.