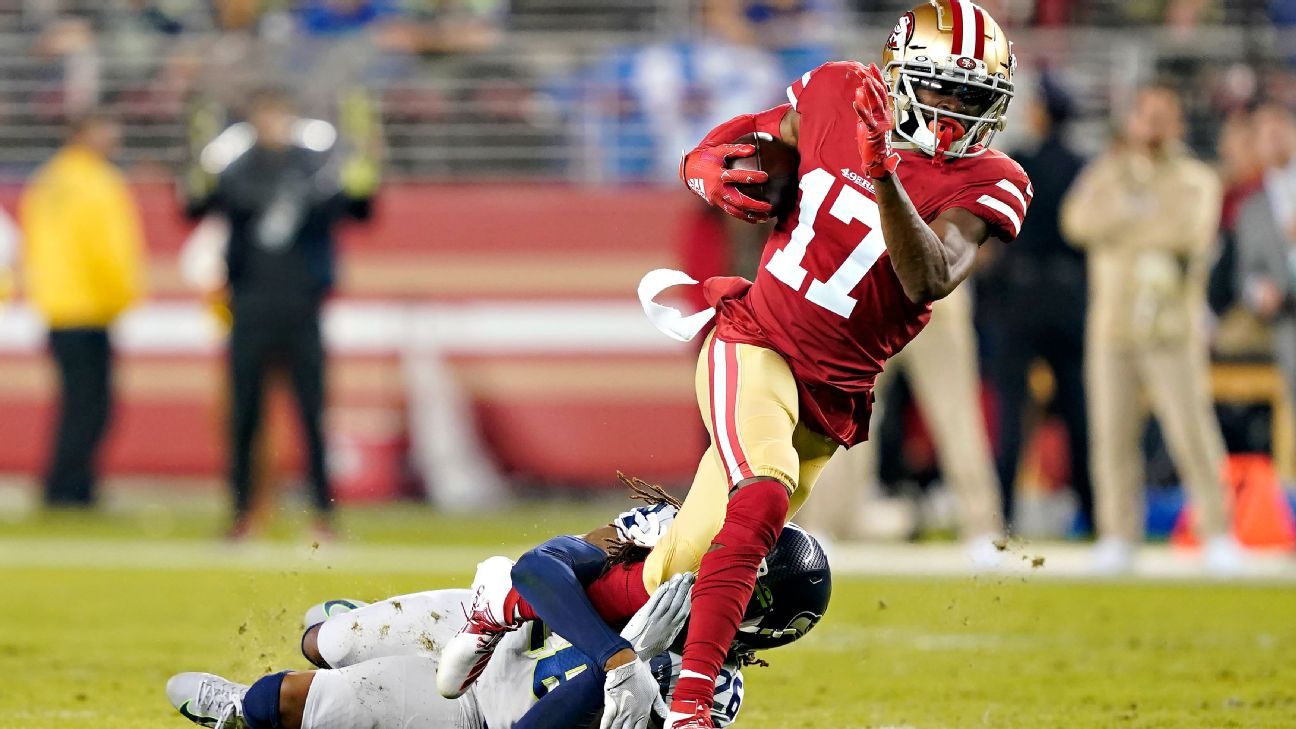 A source tells ESPN’s Adam Schefter that Sanders’ deal is for $16 million and could escalate to $19 million.

Sanders said the deal will be finalized pending a physical.

Acquired before the trade deadline by the San Francisco 49ers last season, Sanders walked into the team’s receiver room and was instantly the most accomplished player there. For a team in need of a reliable veteran, Sanders proved the ideal midseason addition.

He played in 10 games for the Niners in the regular season, posting 36 catches for 502 yards and three touchdowns and started all their postseason contests. Beyond his on-field production, Sanders, who turns 33 on March 17, became a mentor and leader to the team’s young wideouts.

Sanders was originally a third-round pick of the Pittsburgh Steelers in 2010 and won a Super Bowl with the Denver Broncos before the Niners traded for him.