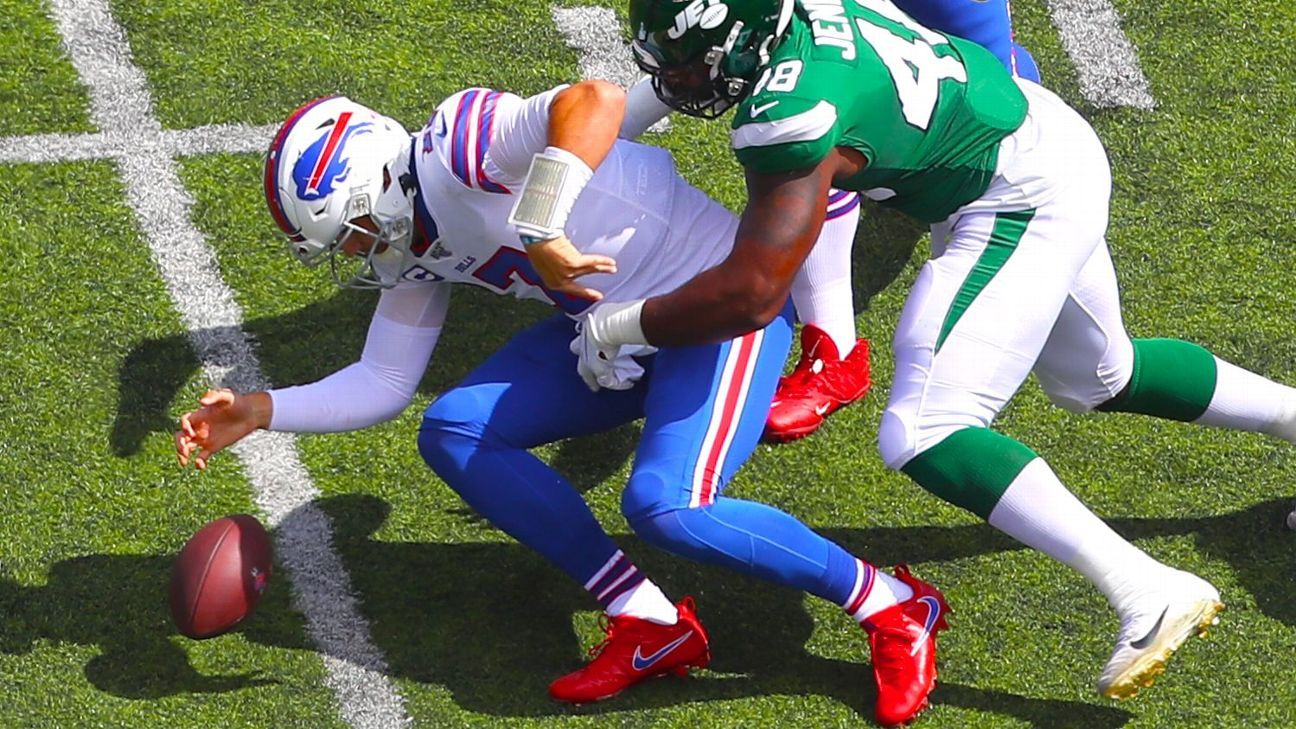 After failing to land a long-term deal on the open market, linebacker Jordan Jenkins is returning to the New York Jets on a one-year contract, a source confirmed to ESPN on Monday.

The NFL Network, which broke the news of the agreement, reported the deal is worth $5 million.

Though never considered a pure pass-rusher, he tied for the team lead in sacks in 2018 (seven) and he followed up by leading the team in 2019 (eight). He improved his sack total in each of his four seasons, demonstrating the career arc of a player on the rise.

Jenkins, who will turn 26 in July, came into the league as a strongside run defender but developed into a contributor on passing downs. Four of his eight sacks last season came on third down, doubling his 2018 output.

Overall, Jenkins played only 52% of the defensive snaps in 2019. He played outside linebacker in their 3-4, but the Jets played that alignment only 13 percent of the time, according to NFL Next Gen Stats.

Jenkins, a third-round pick out of Georgia, is one of the team’s few second- and third-day draft picks in recent years who actually became a solid player. In four seasons, he has 152 total tackles, 20.5 sacks, six forced fumbles and no interceptions.