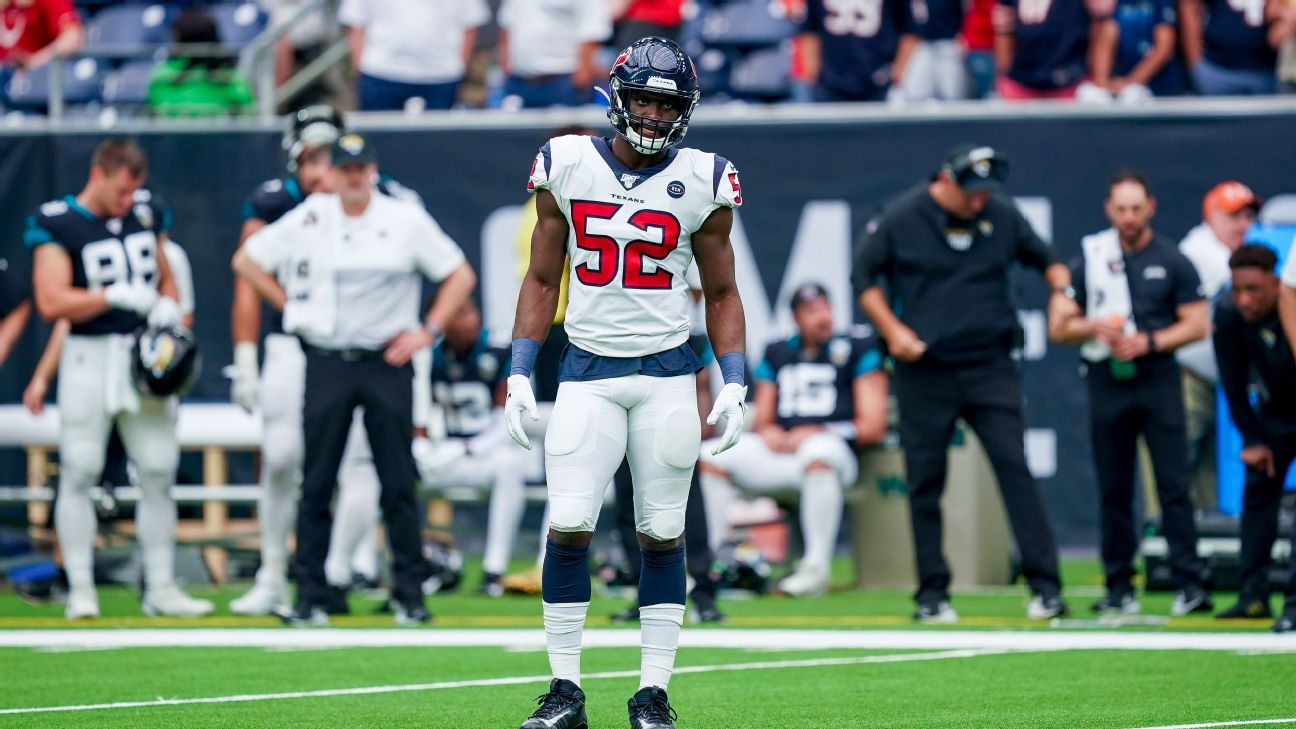 The Chicago Bears agreed to terms with free-agent linebacker Barkevious Mingo on a one-year deal Sunday night, according to multiple reports.

Mingo, a 2013 first-round pick out of LSU by the Browns, had just six tackles last year for Houston in his only season with the Texans. The Bears will be Mingo’s sixth NFL team.

The deal, which was first reported by NFL Network, is worth $1.187 million with $887,000 fully guaranteed, according to a report by the Houston Chronicle.