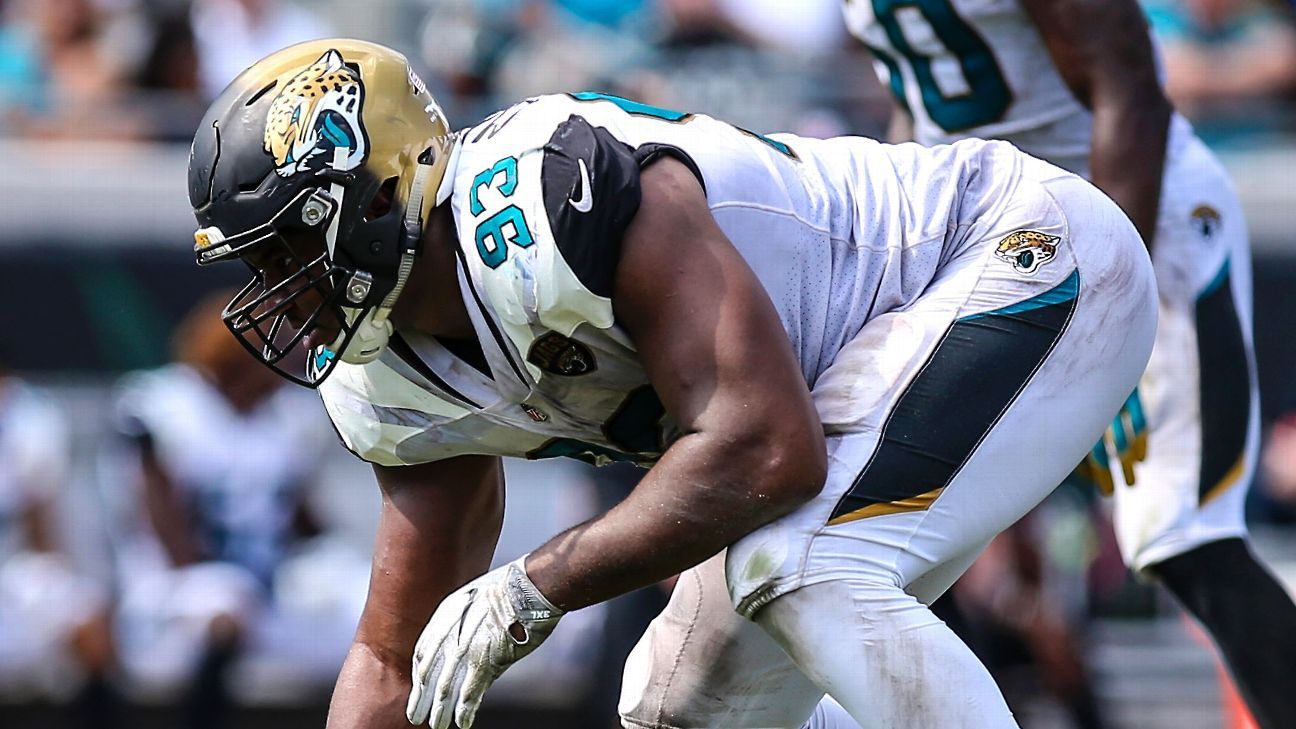 OWINGS MILLS, Md. — Calais Campbell was surprised by the recent trade that sent him to the Baltimore Ravens, and the five-time Pro Bowl defensive lineman will use the move by the Jacksonville Jaguars to push him this season.

“For some reason, it doesn’t matter how much production you have, when you turn a certain age, guys are trying to get rid of you before you just can’t do it anymore,” Campbell told the Ravens’ website. “That’s good motivation for me because I’m always trying to prove them wrong.”

Campbell, 33, was traded by the Jaguars to the Ravens on March 15 for a 2020 fifth-round pick that Baltimore acquired from the Atlanta Falcons. He then signed an extension through the 2021 season with Baltimore.

The Ravens received one of the top three or four defensive ends in the NFL. Over the past five seasons, Campbell ranks in the top 10 among defensive linemen in sacks with 44.5 (sixth), tackles with 309 (sixth) and defensive touchdowns with three (second).

The Jaguars saved $15 million in salary-cap space by moving Campbell. He was in the final year of his four-year, $60 million deal that he signed in March 2017.

“I didn’t expect to get traded or anything, so I didn’t expect this to happen,” Campbell said. “But I’m so glad that if I got traded, I got traded to a team that has so much young talent, so much potential, so much of an opportunity. The biggest goal for me at the point I’m at in my career right now is to win a championship.”

Campbell added this about going to the 14-2 Ravens: “I know obviously everybody this time of year is saying winning a championship is the goal. At the beginning of the year, there is 32 teams trying to win a championship. But I feel like the Ravens have a legitimate chance and I’m happy to be a part of it.”

“I feel like my best football has come over the age of 30,” Campbell said. “The last three years, I feel like I’ve been in my ultimate prime — 31, 32, 33. I’m hoping I can keep that going. I’ve spent so much time and effort taking care of my body.”