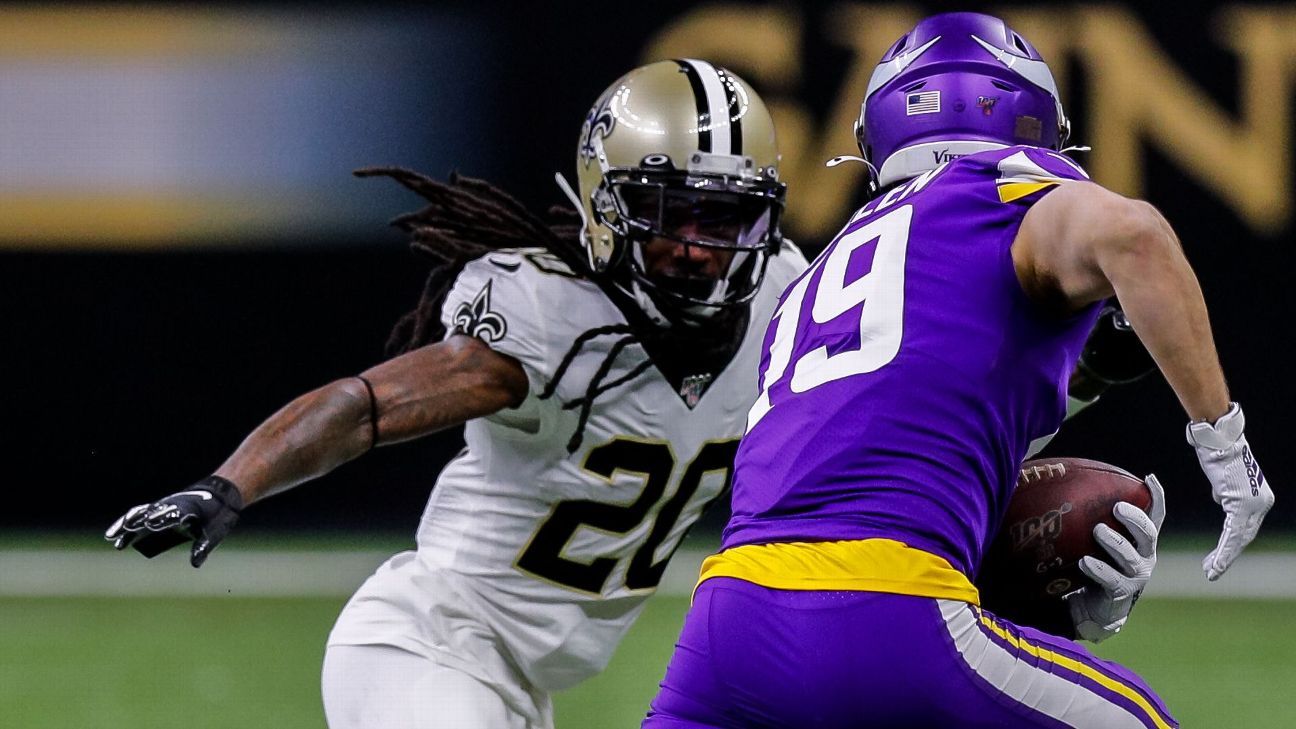 METAIRIE, La. — The Saints worked out a new contract agreement with cornerback Janoris Jenkins that will save the team more than $7 million in salary-cap space and keep the ninth-year veteran in New Orleans for a second season, according to ESPN’s Field Yates.

Jenkins, 31, was originally scheduled to earn $11.25 million in the final year of his contract after the Saints claimed him off waivers from the New York Giants last December.

Now he will receive a $9 million signing bonus, which guarantees his payment up front, in addition to a $1.05 million salary, as Yates first reported. The Saints also added two automatically voiding years for salary-cap purposes (a technique they have made common practice while slammed up against the cap in recent years).

As a result, Jenkins’ 2020 cap figure dropped from $11.25 million to $4.05 million. The Saints will have to account for $6 million in “dead money” against their cap next year — unless they extend Jenkins’ contract to push it back further.

The Saints began this offseason with less than $10 million in cap space. But they have reworked deals with several players to create enough room to add receiver Emmanuel Sanders and safety Malcolm Jenkins, while re-signing quarterback Drew Brees, guard Andrus Peat and defensive tackle David Onyemata, among others.

One free agent the Saints did not bring back is cornerback Eli Apple, who signed instead with the Las Vegas Raiders. That departure made it evident that the Saints were planning to keep Jenkins as their starting cornerback opposite Marshon Lattimore.

The Saints liked what they saw from Jenkins during his brief audition with the team last season. The 5-foot-10, 190-pounder appeared in their final three games, including the playoffs, and wound up starting the last two because of Apple’s ankle injury. Jenkins had an interception and two pass defenses in their Week 17 win over the Carolina Panthers.

The Giants waived Jenkins last December, two days after he made an inappropriate remark to a fan on Twitter. Jenkins called a critical fan a “retard” when taking exception to questioning about why the stats Jenkins was using to showcase his effectiveness weren’t contributing to victories.

Jenkins said that the usage of the word was “slang” and “just part of my culture.” Giants coach Pat Shurmur said Jenkins’ refusal to admit that what he did was wrong led to his release.

Jenkins began his career as a second-round draft pick with the St. Louis Rams in 2012 and spent four years each with the Rams and Giants. He made the Pro Bowl with New York in 2016. He has started a total of 112 regular-season games and two playoff games in his career, with 23 interceptions and 107 pass defenses.