Mitchell Trubisky isn’t the only Chicago Bears quarterback with something to prove.

When Chicago traded a fourth-round compensatory draft pick to the Jacksonville Jaguars for Nick Foles, the Bears inherited the final three years of Foles’ contract, including $21 million in guarantees — roughly five times the amount of guaranteed money left on Trubisky’s original rookie contract ($4.423 million). The Bears even let Foles restructure his contract to where he can void either of the final two years based on performance. Chicago has yet to announce whether it intends to exercise Trubisky’s fifth-year option, which is guaranteed only in the case of injury.

What you need to know about the Chicago Bears:

Yet, some argue that Foles, 31, isn’t much of an upgrade over Trubisky, 25, who flashed promise in 2018 and led Chicago to the playoffs before regressing last season.

For all that Foles achieved over two stints in Philadelphia, and being named MVP of Super Bowl LII MVP is hardly insignificant — he had brief, and often forgettable, stints in St. Louis and Jacksonville.

Could a third team in three years restart Foles’ career?

“Nick Foles is motivated, man,” ESPN NFL Front Office Insider Louis Riddick said last week. “He hears what people say. He hears people say that he’s just a great sixth-man that can do it in spurts and that he can’t really do it over the long haul. He hears people say, ‘look how bad he was when he went to the Rams and look how bad he was when he came back from injury in Jacksonville and he only got hot with the best offensive weapons in the NFL when he went to the Super Bowl [with Philadelphia].’ He hears that stuff.”

Once Jacksonville agreed to trade Foles, who received a $25 million signing bonus from the Jaguars last spring, the Bears aggressively pursued the eight-year veteran. Chicago went after Foles, largely, because of the quarterback’s familiarity with Nagy and the Andy Reid scheme.

“I said for quite some time that the Bears going out and getting Foles would be the perfect move, for everybody involved,” ESPN NFL analyst Dan Orlovsky said last week.

Stephen A. Smith makes a case for why Nick Foles has a better chance to win this year with the Bears than Carson Wentz does with the Eagles.

“… It frees up Matt Nagy. Nagy now has a safety net where if things turn bad he has someone there to catch him in Nick Foles. It’s a win-win situation.”

Reid, then the Eagles’ coach, drafted Foles in 2012 when Nagy was on the coaching staff. Foles was the Chiefs’ backup when Nagy was the team’s offensive coordinator and then found his most success playing for Eagles coach Doug Pederson, who also coached with Reid and Nagy in Philadelphia and Kansas City. With that, Foles has more seasons running some version of the Reid offense than Trubisky does.

There is a scenario were Foles’ presence lights a fire in Trubisky, who staves off the competition and responds with a monster year. That sequence of events would certainly make the Bears’ front office happy. But that seems unlikely. Foles is a Bear because the team’s quarterback play was unacceptable for much of last year.

The organization publicly supported Trubisky — the second overall pick of the 2017 NFL draft — at every turn the past three years, but circumstances have changed and the job security he enjoyed in is gone.

“… I know what [Reid, Nagy and Pederson] like, they like guys that can make quick decisions and deliver the ball with accuracy. They like guys who can understand that it’s not all just about them.”

To make whomever plays quarterback successful, the Bears need to address several areas. The Bears’ glaring weakness at tight end was hardly solved when they signed veteran Jimmy Graham to a two-year deal that contained $9 million in guarantees and a no-trade clause. Couple Graham’s new contract with oft-injured Trey Burton’s fully guaranteed 2020 salary of $6.7 million and the Bears are paying a lot of money for very little projected production at tight end.

The offensive line struggled last year and will need at least one new starter after right guard Kyle Long retired. The club released veteran wide receiver Taylor Gabrial and fellow wideout Anthony Miller is rehabbing from another shoulder surgery. With a deep NFL draft class of receivers, the Bears could find a pass-catcher there.

And Chicago must establish a consistent running attack behind former third-round pick David Montgomery, and find a way for Tarik Cohen to achieve better results as a runner and pass-catcher.

All that being said, the Bears will not qualify for the postseason — no matter how ferocious the defense plays — without better play at quarterback.

Chicago enters the 2020 season with a true sense of urgency. The Bears began Nagy’s second year as one of the favorites to reach the Super Bowl. Instead, Chicago finished 8-8 and out of the playoffs for the eighth time in nine years. 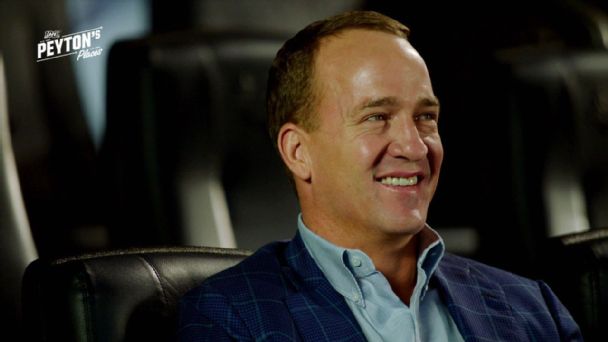 • Celebrate his birthday by watching Peyton
• Why Eagles passed on Hopkins trade
• How do the Niners replace Buckner?
• Why Jenkins has meant so much to Saints
• Free-agent tracker: signings, trades

“All they care about in 2020 is winning,” Riddick said. “That’s what Ryan Pace needs to do. That’s what Matt Nagy needs to do. They need to win. They don’t need people to exercise agendas and have their guy be the one who’s pulling the trigger. They need to win, period. Because if they don’t win, then everybody is going to be held accountable and everybody could get blown out of there.

“Winning has a way of making bad decisions not look so bad, especially if you correct them. … And they went out and got a guy who is going to come in there in an uncertain environment when you might not be able to even see your players until training camp and he’s going to be able to pick up the system immediately and see whatever tweaks Matt has made to the system since he was last with him and hit the ground running. It’s the perfect signing.”