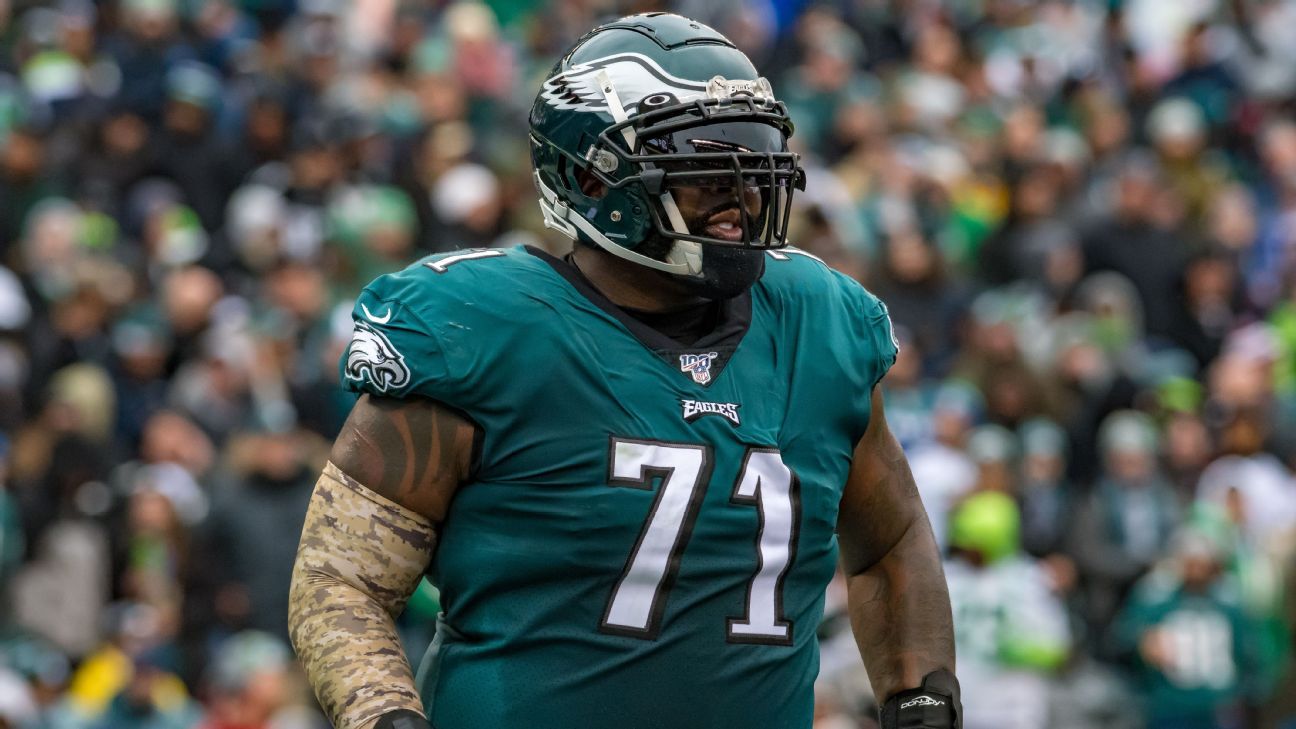 The Philadelphia Eagles are bringing back veteran offensive lineman Jason Peters on a one-year contract.

The deal has $3 million in guarantees and is worth up to $6 million, according to Adam Schefter.

Peters, 38, has been named to nine Pro Bowls over his 16-year career with the Eagles and Buffalo Bills.

The Eagles believe Peters — their standout left tackle for the last 11 seasons — can transition to right guard to fill the void left by Brandon Brooks, who is out for the year with a ruptured Achilles.

He adds depth and versatility overall with the ability to be their swing tackle as well.

Andre Dillard, the team’s 2019 first- round pick, is projected to start at left tackle. He was up and down over his four starts as a rookie, leaving questions by some internally whether he was ready to assume the role full-time.

While Dillard has been credited with adding strength this offseason and has earned praise from the coaching staff for his efforts over the past few months, Peters provides an insurance policy should Dillard not be able to sufficiently protect Carson Wentz‘s blind side.