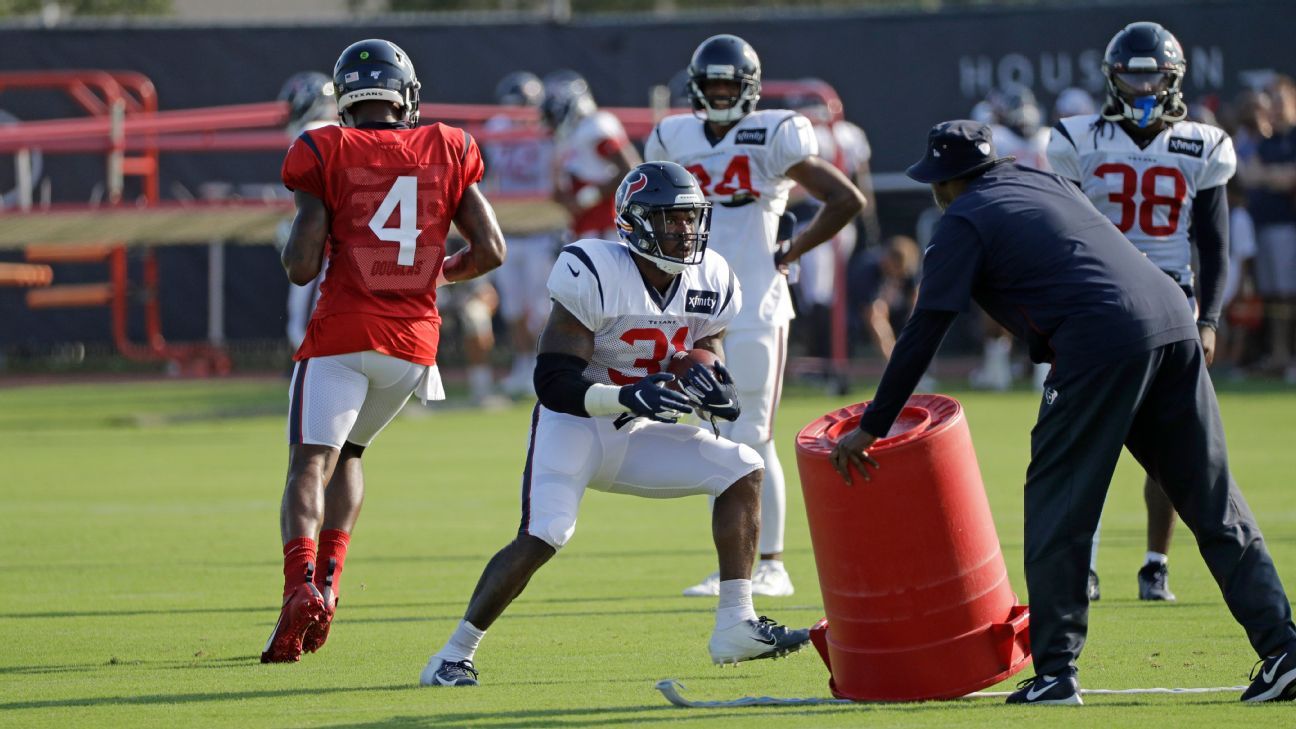 The NFL and its players have reached agreement on the testing aspect of their COVID-19 safety protocol as training camps get set to open over the next couple of weeks.

Dr. Allen Sills, the league’s chief medical officer, said that the agreement between the NFL and the NFL Players Association would require daily COVID-19 testing for the first two weeks of training camp. After two weeks, if the positive test rate is below 5%, the league would scale back to testing every other day. If the positive test rate is not below 5%, they will continue with daily testing until such time as it falls below that number.

If at any point during training camp the positivity rate rises to 5% or higher, that would trigger a return to daily testing.

“This is ongoing work,” Sills said. “There’s no finish line with health and safety, and I think these protocol are living, breathing documents, which means they will change as we get new information. They will undoubtedly be changing over time, which is what we usually see in medicine.”

“We recognize that, as players and coaches and staff come in, they’re going to be coming in from all over the country and in some cases the world,” Sills said. “So we want to take a slow approach here.”

Sills said the testing rules — and the 5% threshold — would apply to all Tier 1 and Tier 2 employees leaguewide. A June 7 memo sent to the teams by the league defined Tier 1 employees as all players and necessary personnel who must have direct access to players. It defined Tier 2 as “other essential personnel who may need to be in close proximity to players and other Tier 1 individuals and who may need to access restricted areas.”

Sills also said the league’s expectation is that test results will come back within 24 hours. The NFL has contracted with BioReference Laboratories to handle its tests and has said multiple times over the past several months that it wants to remain responsible about not taking up too high a share of the available tests in any of their markets.

“Any decision that we make, whether it’s around testing or screening or treatment or games, we want to make sure that we are in no way having a negative impact on the public health situation,” Sills said. “That is acutely true when you speak about testing. We have had ongoing and extensive discussions with multiple parties around that issue. And we have discussed at length with our testing vendor to make sure we’re not having a negative impact on their business.”

The agreement reflects a compromise between the players, who had been pushing for daily testing as a condition of return to work, and the owners, who had proposed testing every other day.

The league and the union remained in negotiations Sunday night on other matters, including the number of preseason games, details of the acclimation period players will have once they report to camp and issues surrounding opt-out procedures for players who aren’t comfortable playing during the pandemic or have a medical issue that would make it too risky for them to do so.

The NFL already has canceled two of its four preseason weeks, but the players have asked for all preseason games to be canceled this year. The players also have proposed a training camp acclimation period that would limit the first 21 days to strength and conditioning work only, the following 10 days to non-padded practices and then work in contact over the final 14 days. NFLPA president JC Tretter said on a conference call Friday that the plan was the recommendation of jointly appointed medical experts, and the union is clearly annoyed that the league hasn’t agreed to adopt it.

“The recommendations of that group have informed the discussions,” Sills said Sunday. “Exactly how that ends up looking will be determined by a lot of factors, including the overall calendar and the combined agreement between both sides. As I understand it, that’s still being discussed. But I think there’s an understanding that we will have to do some things differently.”

Another ongoing point of contention is the individual teams’ IDER (Infectious Disease Emergency Response) plans. The NFLPA has reviewed some, but not all, of those plans, and sources say it has expressed concern about the level of detail in some of the plans, which cover such issues as how to handle a positive test and how to isolate an individual who exhibits COVID-19 symptoms. Sills said Sunday that he and the league’s infectious disease experts have reviewed all 32 teams’ IDER plans.

“I have approved all of those, and I’m very proud of the effort the clubs have put into those plans,” Sills said. They are incredibly detailed and you can tell that our clubs have put many, many hours into these decisions.”

Sills echoed the sentiments of the NFLPA officials who spoke to members of the Pro Football Writers of America on Friday when he stressed that testing alone would not be sufficient to protect everyone against transmission of the virus. If the NFL and its players union have been in agreement on anything throughout this process, it’s the messaging around the importance of players and team personnel being as responsible as possible in their behaviors and interactions when they’re outside the team facilities.

“While everyone shares risk in this environment, everybody’s going to have to share responsibility, both when they’re at the team facility and when they’re away from the team facility, to make decisions and model those behaviors that are related to risk mitigation,” Sills said. “We won’t be able to test our way to safety. The way we conduct ourselves away from the facility, all of those things are going to be really important as we move forward into the season.”

Houston Texans and Kansas City Chiefs rookies are scheduled to report Monday, and the full-squad reporting date for most teams is July 28.