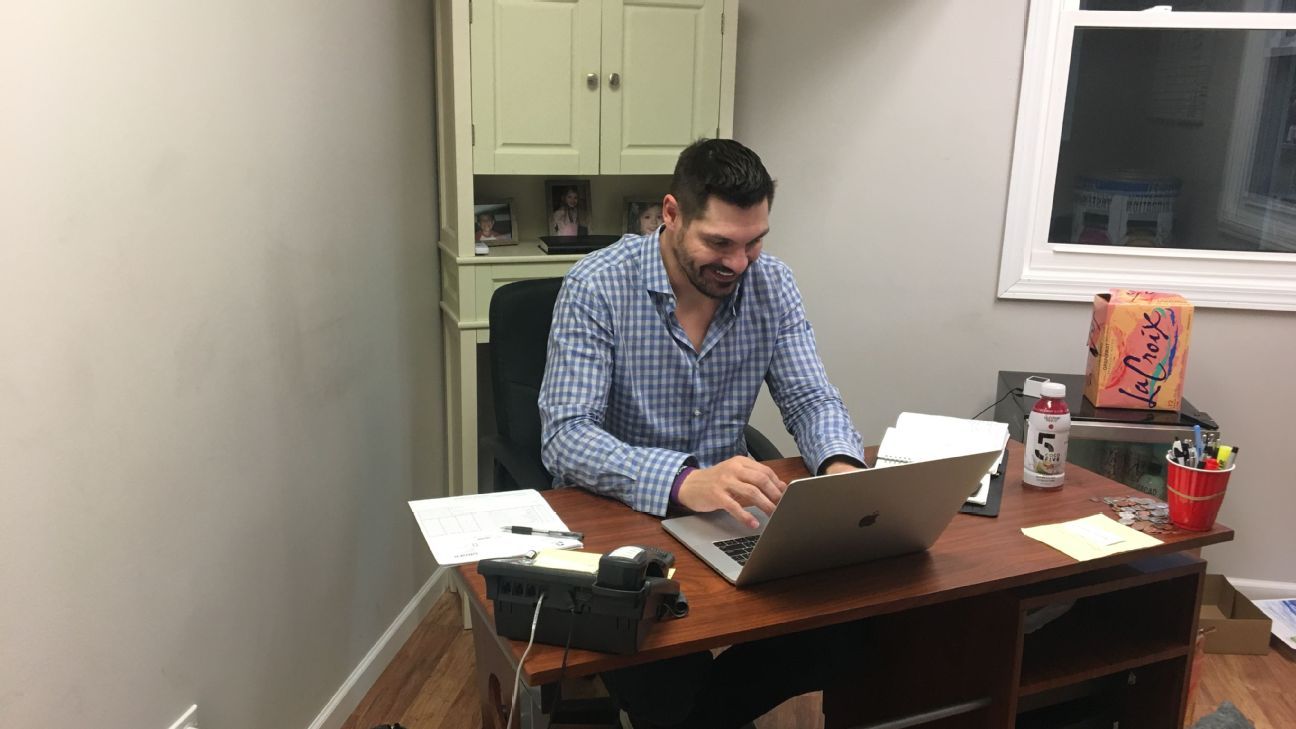 Tears streamed down Brent Sopel‘s face as he watched himself on screen, summoning the courage to detail the darkest moments of his lifelong struggles with dyslexia.

The stinging memories of being taunted by classmates. The empty feelings of worthlessness that drained Sopel even while winning the Stanley Cup as a defenseman for the 2010 Chicago Blackhawks.

And then there were his battles with alcohol and drug abuse upon retiring from pro hockey following a 17-career in which he played for six NHL teams, two more in Russia and lastly with the AHL Chicago Wolves in 2015.

Sopel outlined his story in a documentary, “Brent Sopel: Here to Change the World.” The 25-minute film was recently released to promote his charitable foundation dedicated to helping others deal with the challenges and stigma of dyslexia.

“It was tough. I cried through it,” Sopel said. “It brings back a lot of raw emotions. I’ve got scars that will never go away.”

The film begins with the former player recalling the embarrassment he felt in ninth grade, when asked to read aloud during English class, which Sopel described as being “probably one of the worst days of my life.” The documentary ends with an uplifting message, with Sopel saying: “Hi, I’m Brent Sopel, here to change the world.”

This isn’t the first time Sopel has shared his story. Difficult as it might be for him to relive, it most certainly won’t be the last.

“No matter what battle you’re in — alcoholism, depression, dyslexia — when you’re in that battle, you think you’re alone. But I have to tell you, you’re not,” said Sopel, now 3½ years sober. “I never want another kid to feel the way I do each and every day.”

According to the Mayo Clinic, dyslexia is a learning disorder affecting the brain’s ability to process language, and leads to difficulty reading and writing. Though there is no cure for dyslexia, which affects nearly one in five people, its challenges can be overcome through tutoring, especially when diagnosed at an early age.

Growing up in Saskatchewan, Sopel didn’t know what was wrong with him. He turned to being a class clown and bully at school, something he will always regret. Hockey was his refuge.

Selected by Vancouver in the sixth round of the 1995 draft, Sopel became known for his grit and fearless shot-blocking. “Petrified” about what his life would be without hockey, Sopel played through numerous injuries, including a broken hand.

The career highlight came with him raising the Cup in 2010, in what proved to be his second-to-last NHL season. And yet, the moment wasn’t entirely fulfilling.

Whatever glory he felt was washed away once his career was over and he spiraled into substance abuse and depression, with little prospect of landing a job because he lacked an education. There were days he couldn’t get out of bed.

“Drugs and alcohol became my best friend,” he said in the documentary. “I was very close to death.”

Sopel credits family and friends for staying by him and intervening. He now has reason to get out of bed by dedicating himself to helping others, including coaching youth teams in the Chicago area.

“It wasn’t easy. But you know what, I’m here and in a better place,” said Sopel, whose now-teenage daughter was diagnosed with dyslexia in the second grade. “I have a purpose, and I think this is my purpose, the foundation, and I’m telling it the way it is.”

Sopel’s message has been heard by many, and it resonated with Kaid Oliver, a 20-year-old Western Hockey League forward, who is dyslexic. Oliver was reluctant to discuss dealing with dyslexia, even with a teammate who has the disability, until an assistant coach introduced him to Sopel.

“For someone to talk openly about it, and be willing to put themselves out there, it’s awesome what Brent’s doing,” Oliver said.

Before encountering Sopel, Oliver could never have envisioned speaking about dyslexia so publicly.

“Even my tutor, she’s basically family and I’ve been working with her since I was super young. She was surprised I’m talking so openly about it,” he said. “It’s not something I’m proud of, but at the same time, it’s something I have to deal with, and something people should know that they’re not alone.”

He has taken up reading books for the first time, and he signed up for a college course. Once resigned to working in his family’s business after he was done with hockey, Oliver can dare to see other job possibilities now.

“I feel more comfortable with life after hockey, or thinking about that portion,” said Oliver, whose father is dyslexic.

Sopel wouldn’t change a thing about his life by sharing his experiences.

“You take a look at Kaid and Jack [Rodman], who are on the video. They both were alone until they told their stories,” Sopel said. “That’s why I’m telling them my story. It’s for those two and every other kid and 20% of the population to connect the dots and say, ‘I’m not alone.'”

He wouldn’t trade what he’s doing today for anything — even a Stanley Cup ring, which he once tried selling.

“It was a childhood dream winning a Stanley Cup,” Sopel said. “But without a doubt, the legacy of me and my foundation, impacting kids’ lives, is way more important.”