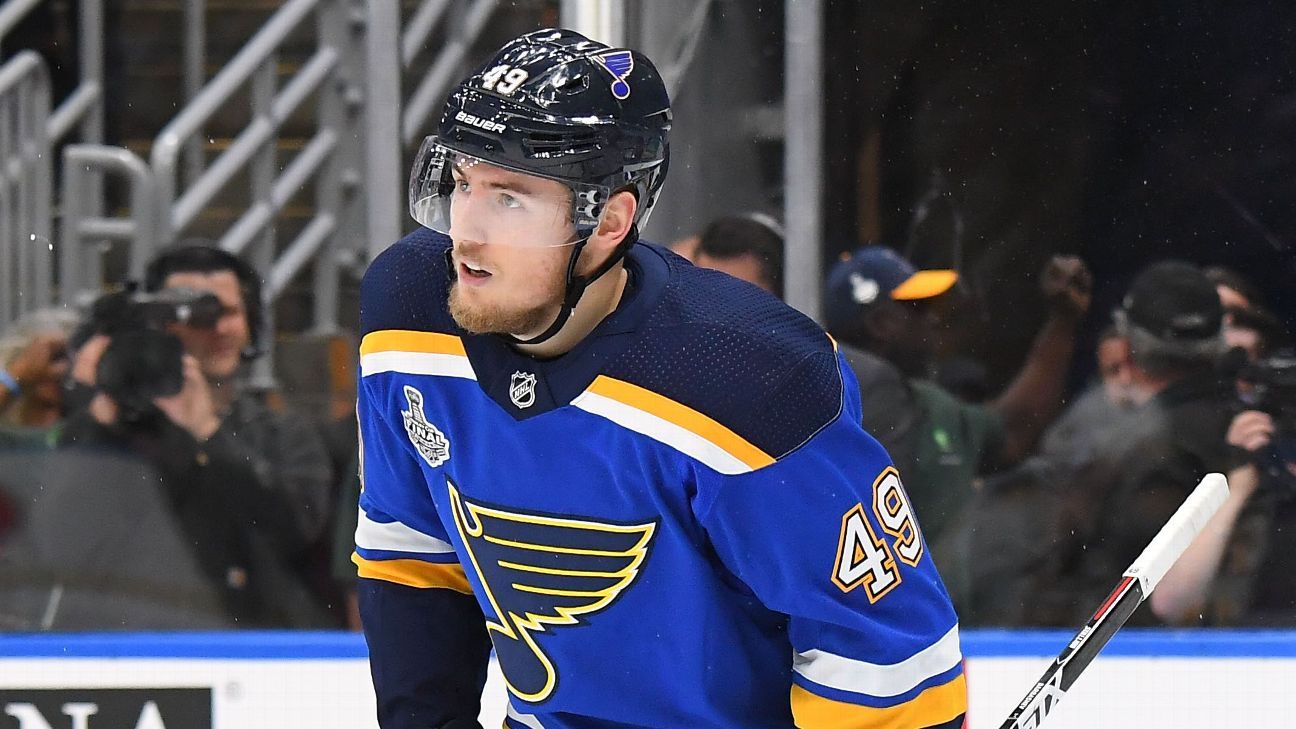 St. Louis Blues forward Ivan Barbashev, a key defensive forward in St. Louis’ pursuit of a second straight Stanley Cup, has left the Western Conference playoff “bubble” in Edmonton for the birth of his first child in the U.S.

Barbashev flew to St. Louis this week to be with his wife, Ksenia. The NHL’s Phase 4 protocols explicitly state that “the birth of a child” is considered an extenuating circumstance for which a player can receive approval from his team to leave the bubble.

When he decides to return to Edmonton, Alberta, Barbashev will be required to quarantine in his hotel room for at least four days. In order to exit quarantine and return to team activities, he will need to record four consecutive negative COVID-19 tests over a four-day period.

A member of the Blues’ Stanley Cup-winning roster last season, Barbashev played in his team’s exhibition game against Chicago and first round-robin game against Colorado.

“We discussed this before we got down here. We decided, and Barby decided, that he’d like to come here and play a couple of games and be with his teammates,” Blues coach Craig Berube said. “[Regarding] him coming back, we expect him back, but I can’t sit here and give you the exact date. We have to make sure everything goes well and everything is good at home with him and his family.”

Barbashev had 26 points in 69 games for the Blues in the regular season, skating 13:27 per game. His checking line with Oskar Sundqvist is a reliable physical presence for the Blues.

St. Louis captain Alex Pietrangelo said the team has the depth and mindset to fill the hole Barbashev leaves until his return.

“One guy’s out, the next guy comes in and fills the hole,” he said. “With Barby, losing him for the next couple of weeks or maybe more, what he brings to our team is that he’s physical. That line compliments each other well and plays against other team’s top lines. I’m sure another guy will step in and get the job done.”