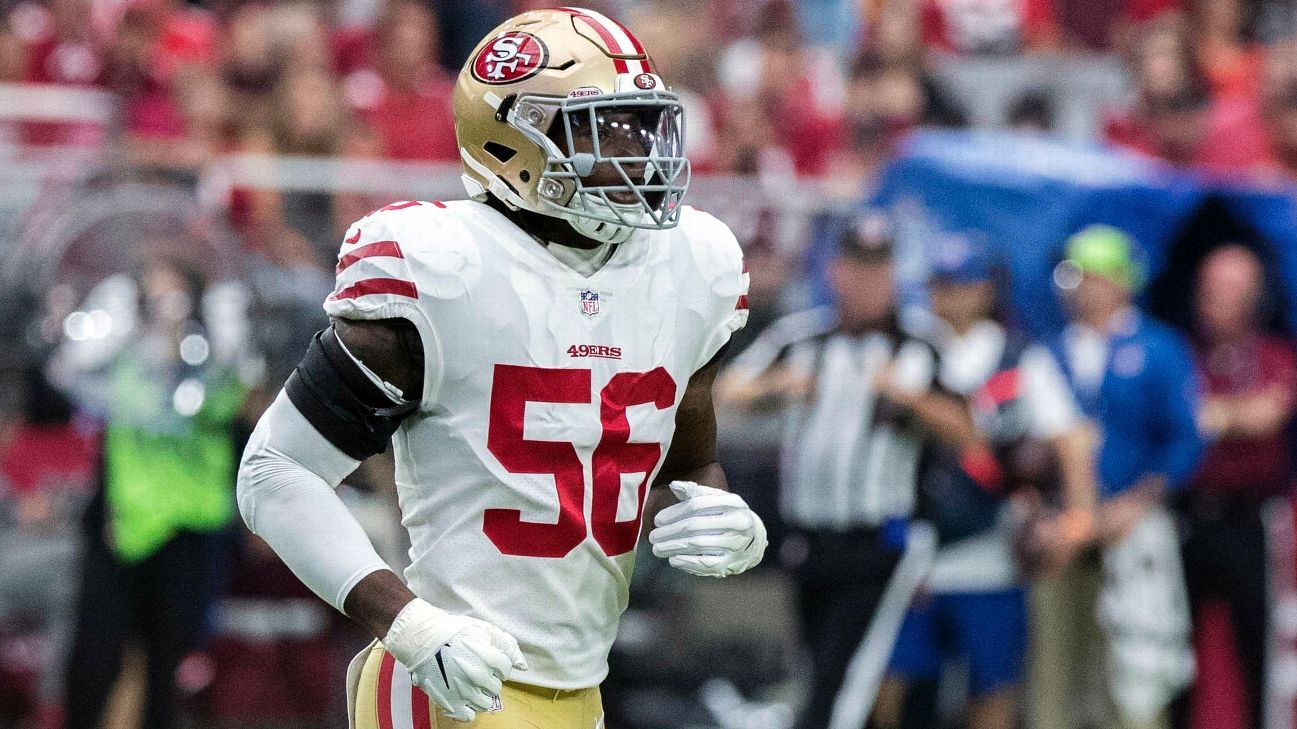 Foster had torn the lateral collateral ligament plus the anterior crucial ligament in his left knee on the first day of organized team activity work in May 2019. He also suffered nerve damage in his foot, which lengthened his recovery period. Washington’s veterans were able to start working Tuesday, though for now teams are mostly limited to conditioning and walk-throughs.

Foster, claimed off waivers by Washington on Nov. 27, 2018, has yet to play for the organization. San Francisco waived him because of an arrest for misdemeanor domestic violence and the NFL placed him on the commissioner’s exempt list for the rest of the season. Prosecutors eventually dropped the charges. An earlier arrest earlier in 2018 for domestic violence charges against the same woman resulted in the judge dropping the charges.

Foster is expected to challenge for a starting job as an outside linebacker in Washington’s revamped 4-3 defense. Washington also has second-year Cole Holcomb and veteran Thomas Davis who can play outside as well.

San Francisco picked Foster in the first round in 2017. Because of injuries and his arrest in 2018, Foster started 16 games in two years.