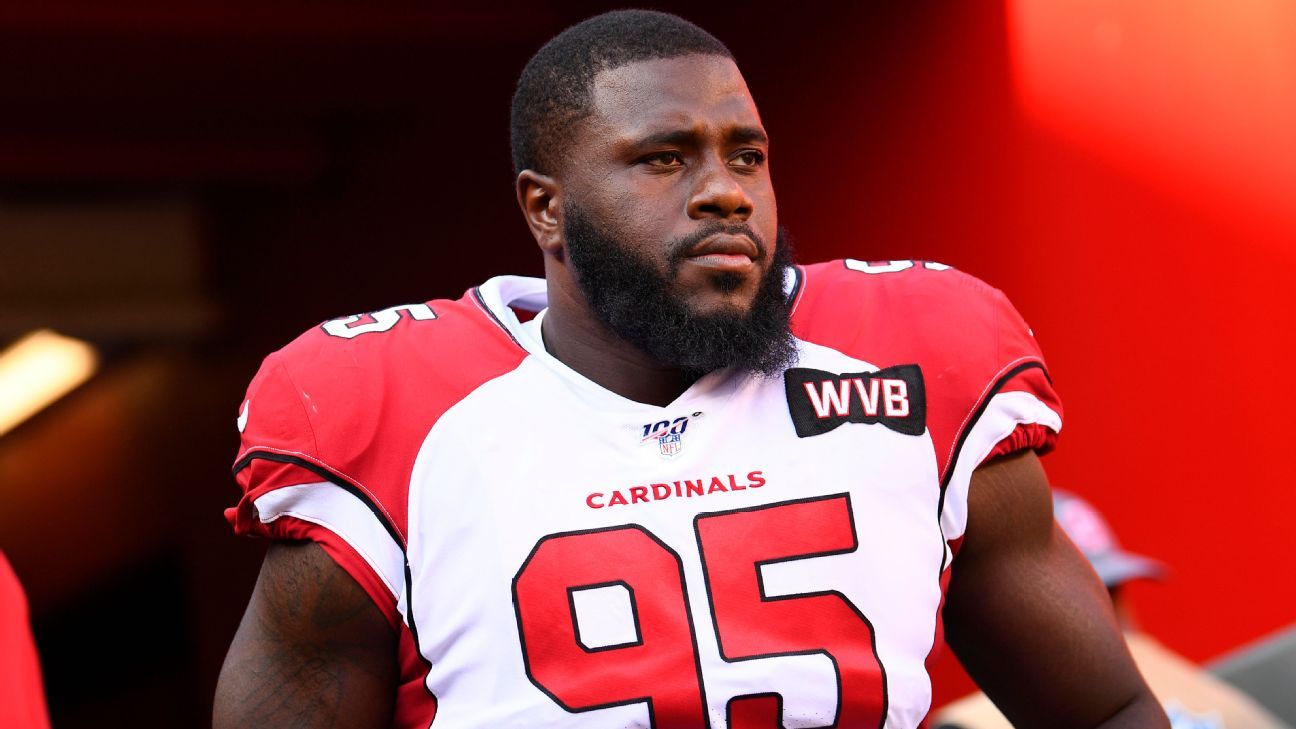 JACKSONVILLE, Fla. — Jacksonville Jaguars defensive lineman Rodney Gunter is stepping away from football after being diagnosed with a severe heart condition that could require surgery.

The sixth-year player said doctors told him he was at risk of rupturing or tearing his aorta if he continued to play football.

Gunter also said he does not yet qualify for surgery, and the best thing for him to do is wait.

“These last three weeks have been a hard pill to swallow,” Gunter said. “Seeing my dreams vanish right in front of me has been extremely difficult. After seeing several heart specialists I was told if I continue to play ball with my condition, I could possibly rupture or tear my aorta which is enlarged. This can cause sudden death or a severe stroke.

“There is a 50/50 chance that surgery will fix my current health condition. But at the moment, I do not meet the criteria to undergo the operation. Those who qualify must have 5.5+ cm enlarged aorta, while mine measures 5.0 cm. At this time, I cannot play or have the surgery so I must wait. So at this moment, the best choice for me and my family is to walk away from this game.

“I appreciate the Jaguars for giving me an opportunity, and I’m thankful for everyone who has believed in me along the way. Thank you!”

The Jaguars signed Gunter to a three-year, $18 million contract with $11.15 million guaranteed in March. He was going to be the replacement for defensive end Calais Campbell, whom the Jaguars traded to Baltimore in March. Gunter was going to line up at end on early downs and move inside to rush the passer on third downs.

Gunter is the fifth defensive lineman to either leave the team or get injured in the past month. Nose tackle Al Woods, whom the Jaguars signed in March to shore up a run defense that gave up 139 yards a game last season, and defensive end/linebacker Lerentee McCray opted out because of the coronavirus. Tackles Dontavius Russell (hip) and Brian Price (knee) were placed on injured reserve.

Plus, the Jaguars still don’t have defensive end Yannick Ngakoue in camp. He has yet to sign the franchise tag tender ($17.8 million), though he recently fired his agent and has had some conversations with general manager Dave Caldwell.

In addition, first-round pick defensive end K’Lavon Chaisson has been dealing with a hamstring injury.

The Jaguars signed tackles Carl Davis, Josh Mauro and Caraun Reid in the past week. Defensive tackle Tim Jernigan visited the Jaguars earlier this week and was undergoing COVID-19 testing before he could take a physical and join the club. Coach Doug Marrone said earlier this week “things are in the works.”