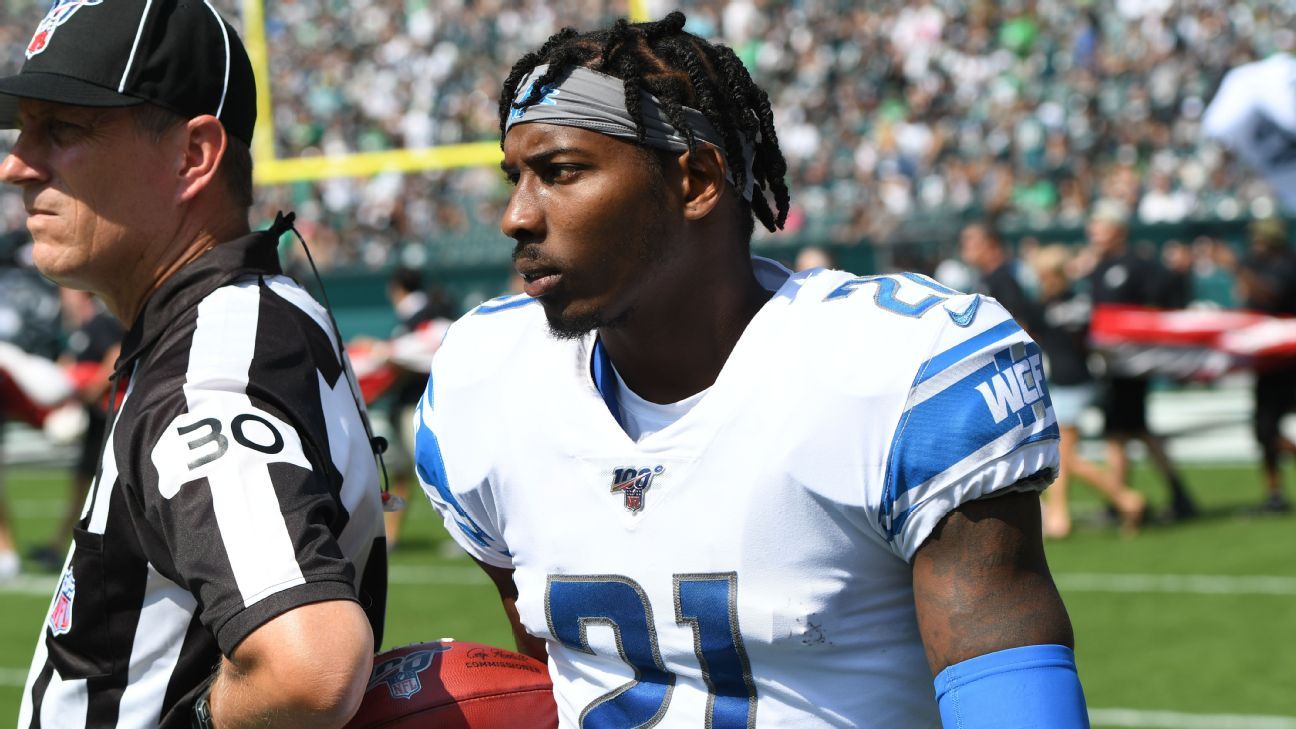 Detroit Lions safety Tracy Walker said Tuesday that he plans to wear the name of his cousin Ahmaud Arbery on the back of his helmet to honor him this season.

Walker had been trying for months to figure out what he was going to do in-game this season to honor his cousin.

It’s one of many things Walker is planning to do this year to remember Arbery, who was killed by two white men while jogging near his hometown of Brunswick, Georgia, on Feb. 23. Arbery’s death became a national story after video of his death was released to the public.

In addition to having Arbery’s name on his helmet and on his cleats, Walker is working on printing T-shirts with Arbery’s face on them that he can wear underneath his jersey. Coincidentally, he already wears Arbery’s high school number — No. 21 — professionally with the Lions. He also said he feels as if he needs to speak more often and more openly about what happened to his cousin.

“It’s a hell of a situation. It’s a tough situation,” Walker said. “But, you know, you control what you can control, so I feel like that’s the best way I can control what I can do right now and I could use my voice and my platform in that aspect.”

Arbery and Walker grew up together and played high school football together. They would spend hours playing basketball in Arbery’s driveway and had an affinity for the Call of Duty: Zombies video game, which they’d play at Arbery’s house before Walker would cross the street to go home.

Walker saw his cousin a few weeks before his death, and it’s a memory he cherishes, a conversation they had in which Arbery told Walker to keep doing what he has been on the field.

With the deaths of Arbery, George Floyd and Breonna Taylor in the first half of 2020, conversations about social justice, Black Lives Matter and police brutality have come to the forefront in the United States. And in that way, as hard and as difficult as Arbery’s death has been for Walker, he is trying to find the good in his cousin’s death.

“It has opened a lot of eyes; and things that’s been going on for decades, it’s just been getting overlooked,” Walker said. “So, like I said, the great thing about it all is that change is coming about. That’s the biggest blessing of it all, that we’re accepting change and everybody is looking forward to the change. That’s the main key, just continuing to try and promote that.”