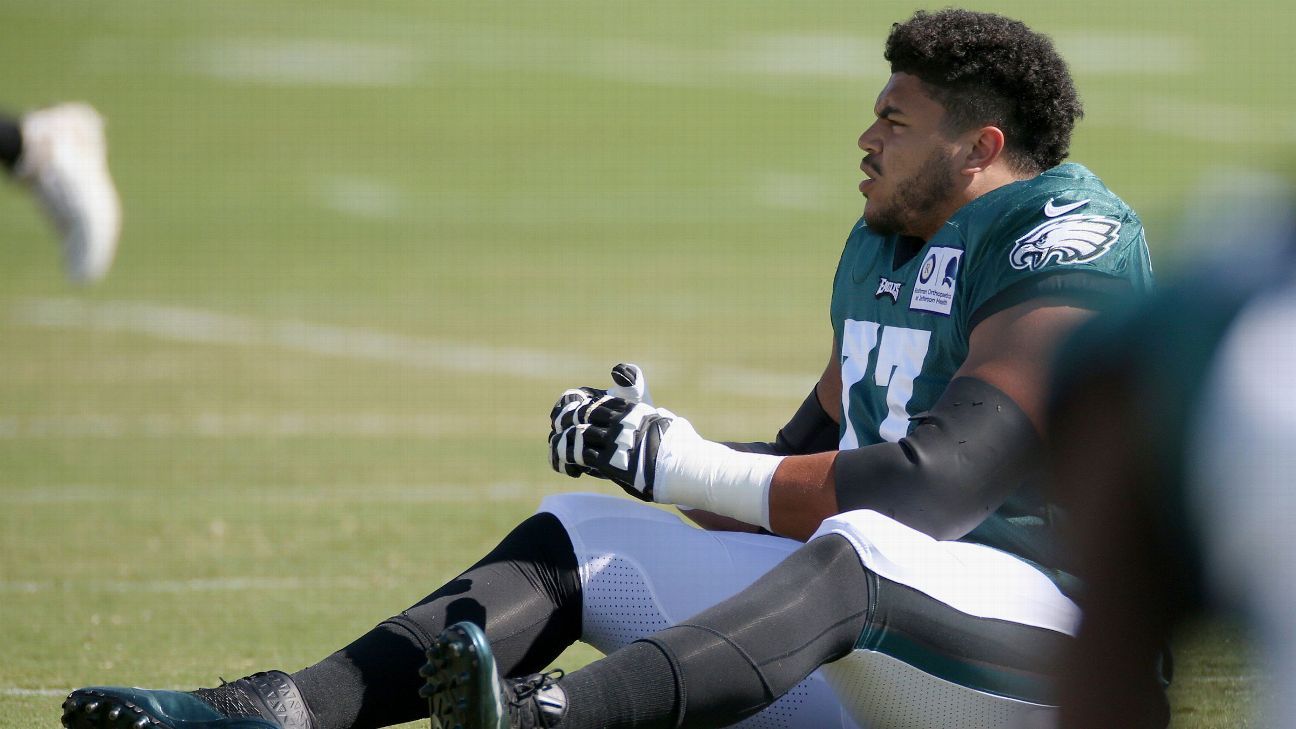 Dillard, the team’s first-round pick in 2019, suffered the injury during one-on-one drills early in Thursday’s practice. He was taken inside after being evaluated by trainers.

Jordan Mailata, a former rugby player out of Australia, replaced Dillard in the lineup. The team also has the option of moving 38-year-old Jason Peters back to left tackle. He was re-signed this offseason to play right guard after Brandon Brooks ruptured his Achilles. The Peters signing was also viewed as an insurance policy at tackle.

Dillard, 24, has had an up-and-down training camp and had missed some time with an unrelated shoulder injury. On Wednesday, he was pushed into the back of Carson Wentz‘s legs by edge rusher Joe Ostman. Wentz buckled but was fine and finished practice.

Dillard, out of Washington State, started four games as a rookie in 2019, with mixed results.