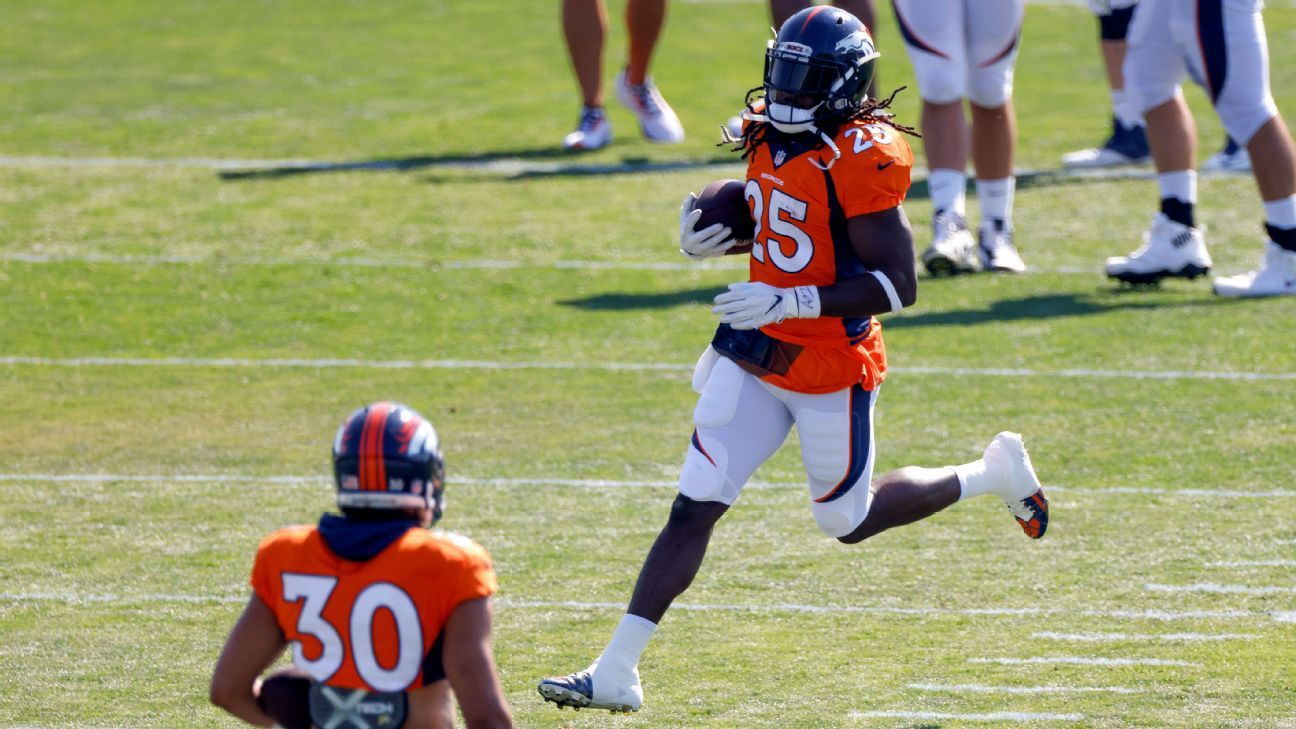 Of all the Denver Broncos players and coaches who spoke during a day’s worth of discussions about social justice, police shootings, and potential work the players and team could do in the community, running back Melvin Gordon‘s words may have resonated the deepest.

Gordon, a Kenosha, Wisconsin, native, stood up in a full team meeting Thursday to share what he was feeling about the Jacob Blake shooting, and his teammates said Gordon’s words will long be remembered.

“When Melvin got up, everyone in the room knew that this was a serious topic, that we’re going to have serious conversation, but when Melvin got up there, it just hit so much closer to home than, I think, people expected,” Broncos safety Justin Simmons said Friday. “… To have Melvin get up there and he said maybe like two words and got choked up and emotional, the atmosphere in the room just changed.”

Blake, a Black man, was shot seven times by police Sunday in Kenosha as he attempted to enter the driver’s side door of his vehicle with three of his children inside. Video of the shooting was distributed on social media.

The Broncos were one of many teams that canceled practice and other football activities Thursday to instead meet as a group to discuss their feelings in the wake of violent police incidents involving George Floyd, Breonna Taylor and Blake. The players also discussed what they could do in Denver as well as in some of their home communities to combat racial injustice.

Broncos coach Vic Fangio said the conversations lasted several hours and included a full team meeting as well as players and coaches meeting in smaller groups throughout the day. Gordon is still getting to know many of his new teammates, having just signed as a free agent in the offseason.

“It was tough in general,” Gordon said of speaking in front of his new teammates. “… I just — any time Kenosha or anything that is brought up and I keep seeing it repeatedly, I just get emotional. I was getting emotional about it, and I just had to get it off my chest. … This could happen in anyone’s community. We have to be there for each other.”

Gordon called Blake’s shooting “disgusting” and said he had several family members and friends who took part in a protest in Kenosha this past week on the same night 17-year-old Kyle Rittenhouse allegedly shot three people, killing two, during those protests.

“It was just heartbreaking … just seeing a kid in our community just getting shot in the street, a kid getting offered water shortly after … just sad to see,” Gordon said. “And the fact when you post something or put something out there, people are justifying their actions, justifying why it’s OK to shoot somebody seven times in the back. To me that’s just sad.”

Gordon said he hopes to expand the work he is already doing in Kenosha during the offseason. Asked Friday what he would say to those who don’t understand why he and others see these issues as so important, Gordon said: “Just look at it as if it were your husband, your brother, your whatever, being shot in the back, being shot in the street, or having your throat stepped on. Just look at it from that point. … Just try to educate yourself, try to educate yourself the best way you can or find somebody who can put it in a way you can understand.”