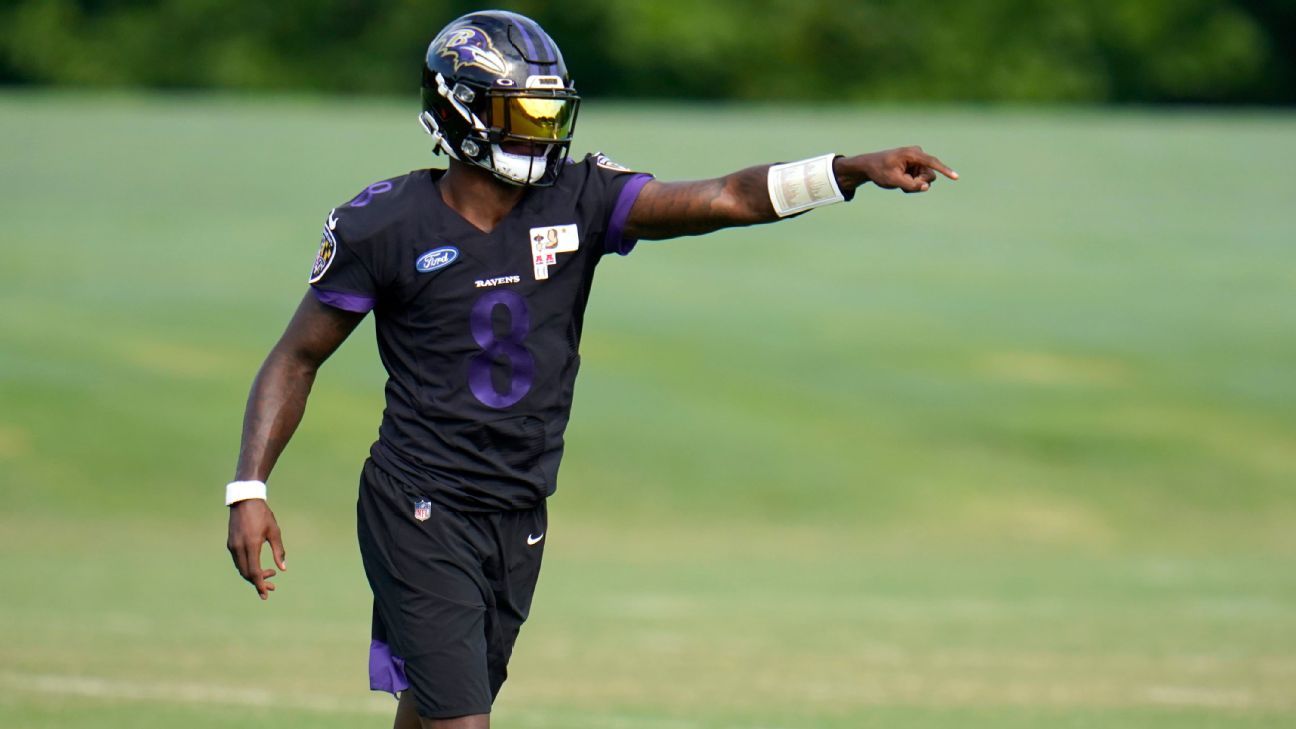 BALTIMORE — Lamar Jackson didn’t look like the reigning NFL MVP until after he threw an ugly interception in the Ravens’ intrasquad scrimmage Saturday night at M&T Bank Stadium.

Jackson completed 14 of 26 passes for 160 yards and two touchdowns, but he finished on a hot streak after getting picked off by undrafted rookie Nigel Warrior on an underthrown deep pass.

Shaking off that turnover, he connected on six of his last eight passes for two touchdowns, including a 40-yarder to Marquise Brown. Scrambling to his right, Jackson uncorked the deep throw to Brown in the end zone.

“We’ve seen a lot of that in practice,” Ravens coach John Harbaugh said of the Jackson-Brown connection.

“We’re not all the way ready,” running back Mark Ingram said. “We still have strides to go to be the team we want to be.”

Harbaugh was not pleased with the handful of false starts.

“Those are the type of things we need to get cleaned up because winning football is not losing football first,” he said. “That’s what we have to get into our DNA.”

The Ravens, who finished a league-best 14-2 last season, open against the Cleveland Browns on Sept. 13.