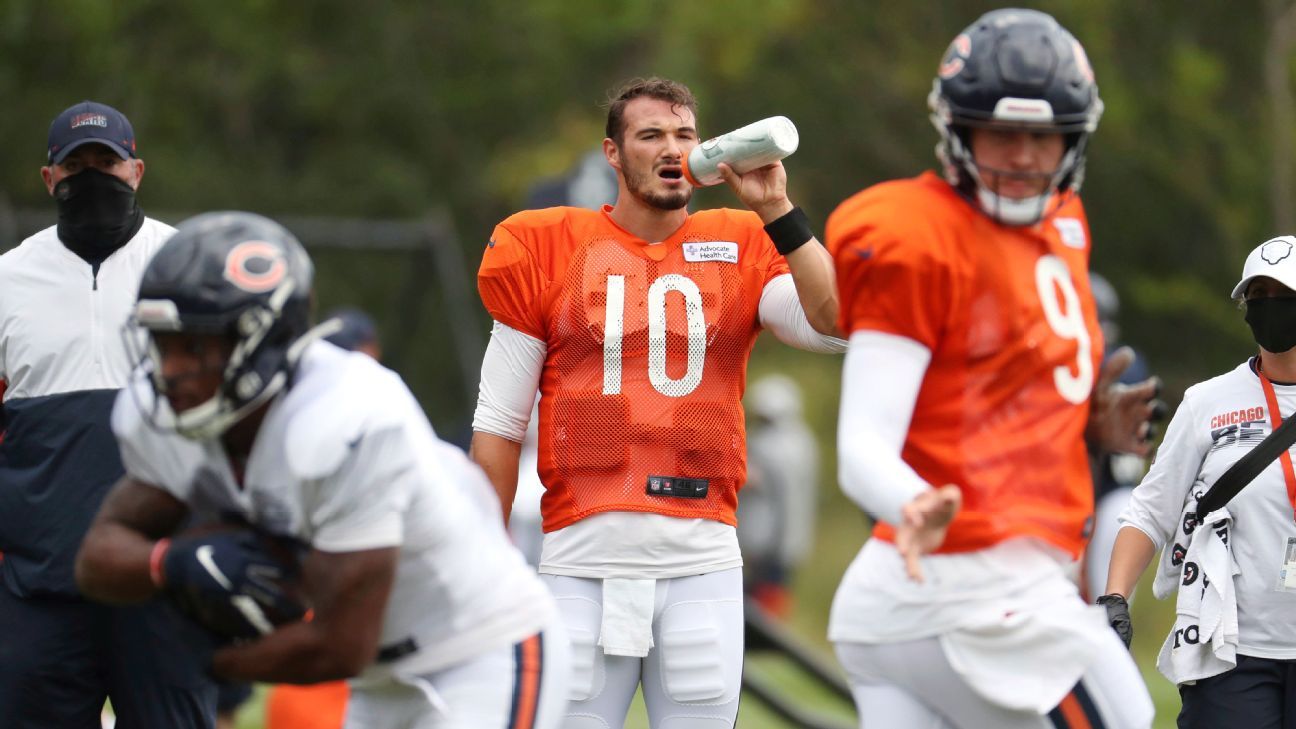 Chicago Bears coach Matt Nagy wants to keep the Detroit Lions guessing as to who his starting quarterback will be.

Nagy on Saturday said he will not publicly announce Mitchell Trubisky or Nick Foles as the team’s starter prior to the Bears’ season opener at Detroit on Sept. 13.

“That won’t be happening before that game,” Nagy said during a video call after the Bears practiced at Soldier Field.

Trubisky and Foles have been locked in a battle for the starting job throughout training camp, evenly rotating days on the first team since padded practices began Aug. 17.

Nagy, who confirmed the two will continue to split reps next week, declined to say who has the edge thus far.

“I’ll put it this way: Intentionally, I’m not going to give you any direction right now.”

Chicago went out and traded for Foles — the MVP of Super Bowl LII — at the onset of the new league year. The Bears later declined Trubisky’s fifth-year option and announced an open quarterback competition in training camp.

Neither quarterback tipped his hand Saturday.

“I’m not exactly sure [where it all stands],” said the 26-year-old Trubisky. “I think that’d be a good conversation to have with Coach probably Sunday, see how we did after the scrimmage, go back and watch some film and then have one more big week of practice before I would say they probably make a decision. But they really haven’t told us where we’re at or when the deadline is.”

Foles, 31, said the competition wasn’t on his mind.

“I’m not even thinking about it,” Foles said. “I’m just thinking about being the best player I can be for this team. With that, that’s where the coaches know I stand. That’s how I’ve been throughout my career. And so why would I change right now and all of a sudden let this thing overtake me?”