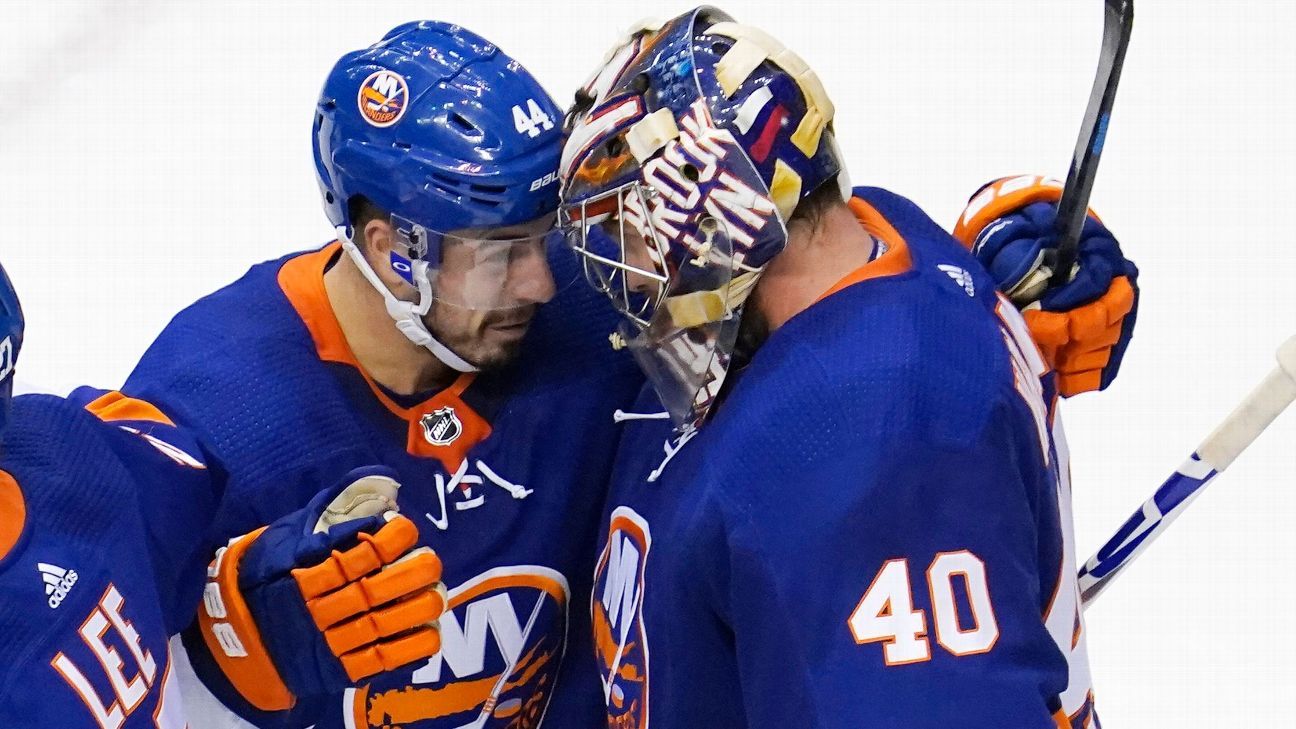 TORONTO — Matt Martin and Leo Komarov scored in the second period as the New York Islanders rallied to beat the Philadelphia Flyers 3-1 on Saturday night, taking a 2-1 lead in their conference semifinal series.

Anders Lee also scored, and Semyon Varlamov, a few days removed from being pulled in Game 2 during the first period, had 26 saves.

The playoffs resumed after a two-day break to protest racial injustice, the latest twist in an unprecedented, pandemic-halted season. Game 4 is Sunday night.

Tyler Pitlick scored for the Flyers in the first period, and Carter Hart had 26 saves, but the No. 1 seed in the Eastern Conference went long stretches of Game 3 searching for puck possession and scrambling around Hart in their own zone.

Pitlick’s wrist shot from the top of the right circle flashed past the glove of a screened Varlamov glove to give the Flyers a 1-0 lead 5:42 into the game. The play was set up by a puck battle behind the net won by Scott Laughton, who was able to power his way out and drop the pass off to Pitlick.

After a couple of near-misses by Mathew Barzal early, the Islanders’ center shoveled a pass out from the back boards to a wide-open Martin on the doorstep for the tying goal at the 7:12 mark.

Komarov gave the Islanders their first lead when his shot in heavy traffic trickled through Hart’s pads and over the line with 6 seconds left in the middle period.

Lee put the Islanders up 3-1 on a power play early in the third when his shot in traffic bounced past Hart.

The Islanders, who defeated Florida and Washington to make this round, improved to 9-3 in the Toronto bubble.

The Flyers pulled the goalie on a late power play, but Varlamov held up to the 6-on-4 attack.