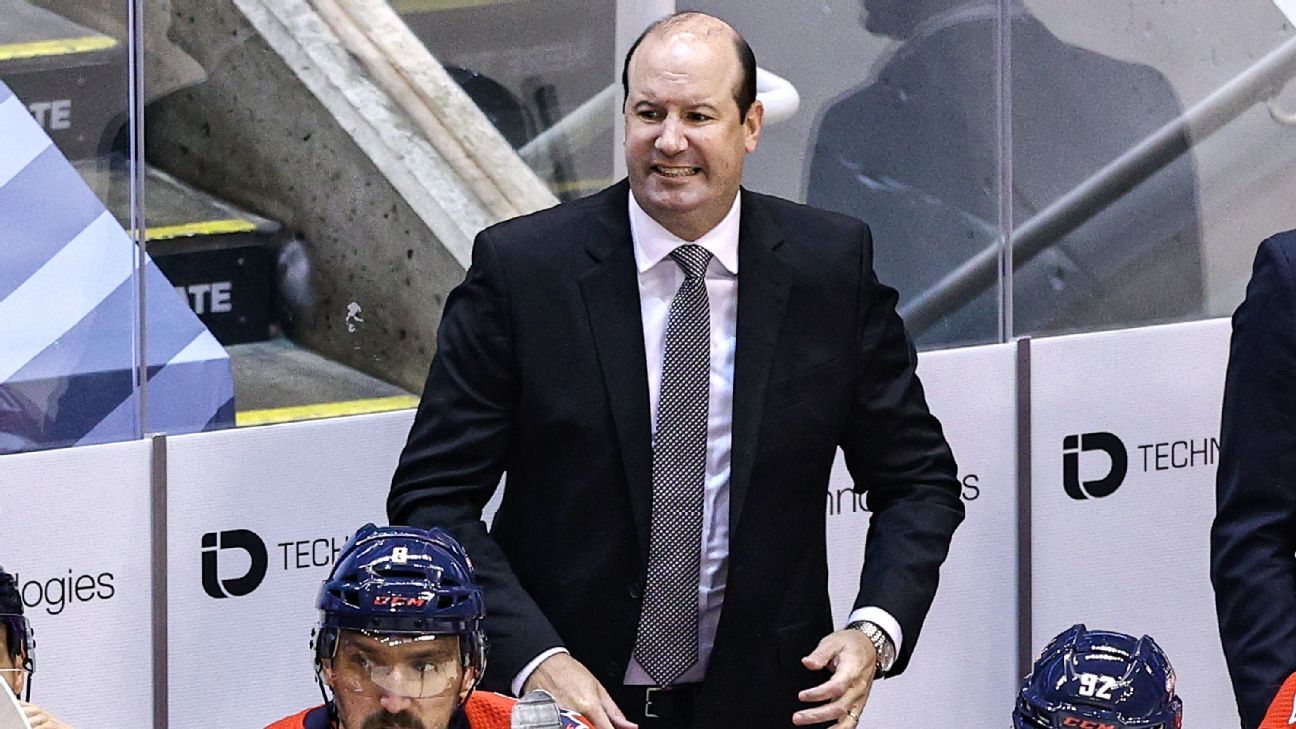 PITTSBURGH — Todd Reirden is back with the Pittsburgh Penguins.

The team hired Reirden as an assistant coach under Mike Sullivan on Tuesday, just over a week after Reirden was fired as head coach of the Washington Capitals following a playoff loss to the New York Islanders.

Reirden replaced Trotz in the summer of 2018 and went 89-46-16 in two years but was let go last month after failing to lead Washington past the opening round of the playoffs for the second straight season.

“I, obviously, still need to learn and grow and improve,” Reirden said. “I learned a lot of lessons over my two years of being a head coach in Washington. Looking forward to learning, like I said, in particular from Mike Sullivan and the success he’s had in winning back-to-back championships [in 2016 and 2017].”

Reirden said the Penguins “aggressively” courted him following his dismissal. Reirden joins a restructured coaching staff under Sullivan. The Penguins parted ways with longtime assistants Mark Recchi, Sergei Gonchar and Jacques Martin after getting upset by Montreal in four games during the qualifying round of the playoffs.

“I think it was something that just seemed to go full circle and the way it happened here was a perfect fit for everyone involved,” Reirden said.

In addition to hiring Reirden, the Penguins also promoted Mike Vellucci to round out the staff. Vellucci spent last season as the general manager and head coach of Wilkes-Barre/Scranton, Pittsburgh’s affiliate in the American Hockey League.

“They’re really good coaches, first and foremost,” Sullivan said of Reirden and Vellucci. “They have a wealth of experience in a lot of different capacities. They’ve won championships at different respective levels. So they know what it takes to win a championship. We felt as though, through the interview process, that these guys were a good fit for us.”

Pittsburgh will have some continuity on the staff. The team signed goaltending coach Mike Buckley to a two-year extension.