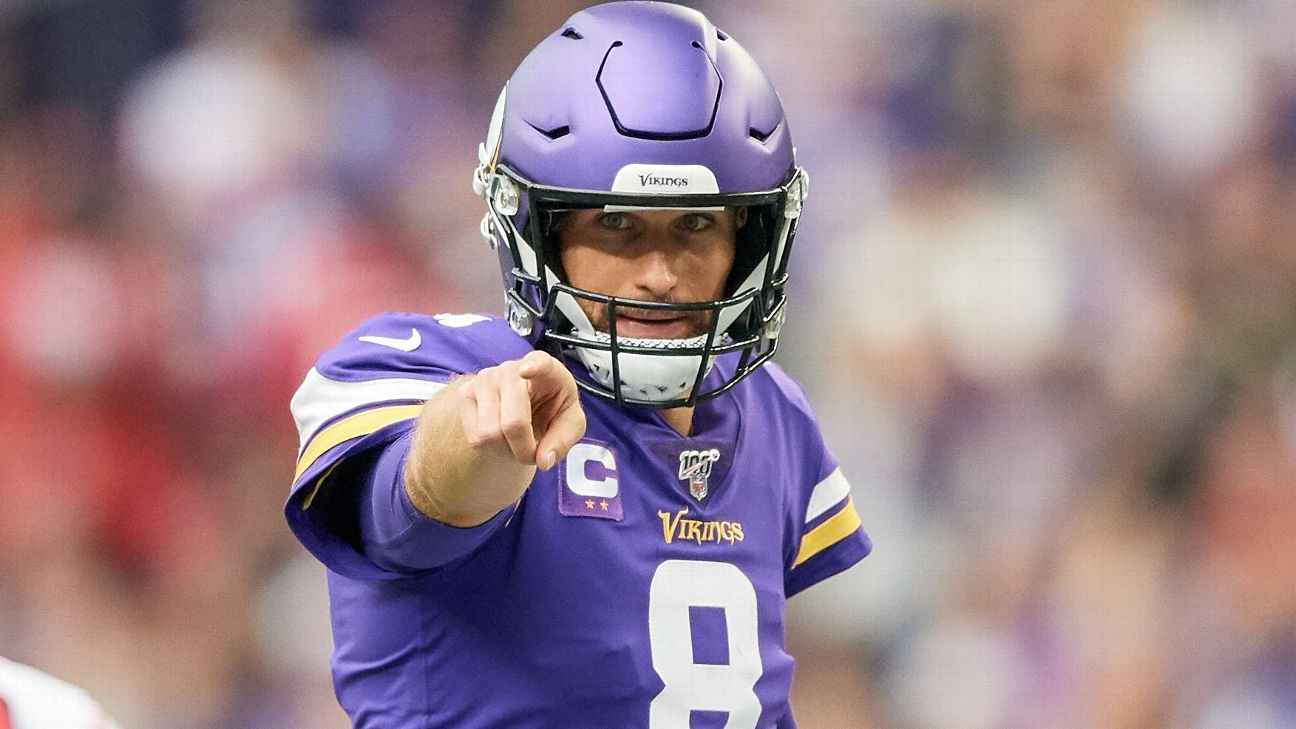 Kirk Cousins said he is taking a “survival of the fittest” personal approach to the coronavirus, even if it kills him.

“If I die, I die,” the Minnesota Vikings quarterback said during a recent interview on Spotify’s “10 Questions With Kyle Brandt” podcast. “I kind of have peace about that.”

Cousins indicated during the interview, published Wednesday, that he does not believe face masks work in helping to prevent the spread of COVID-19, but he repeatedly said that he also tried to respect others’ “concerns” about the virus.

Brandt asked Cousins to rate his level of concern over contracting the virus on a 1-10 scale, with 1 being “the person who says, ‘Masks are stupid, you’re all a bunch of lemmings,’ and 10 is, ‘I’m not leaving my master bathroom for the next 10 years.'”

When asked to elaborate on that answer, Cousins said:

“I want to respect what other people’s concerns are. For me personally, just talking no one else can get the virus, what is your concern if you could get it, I would say I’m gonna go about my daily life. If I get it, I’m gonna ride it out. I’m gonna let nature do its course. Survival-of-the-fittest kind of approach. And just say, if it knocks me out, it knocks me out. I’m going to be OK. You know, even if I die. If I die, I die. I kind of have peace about that.”

Cousins continued to say that for him, wearing a mask “is really about being respectful to other people.

“It really has nothing do with my own personal thoughts,” he said.

Earlier during the podcast, Cousins was asked what the general reaction would be if a teammate sneezed while in the huddle.

“I even think within the building, there’s gonna be a dichotomy of people who couldn’t care less about the virus, have no concern about it, have never lost a minute of sleep about it,” he said. “And then you get people on the other side of the spectrum who, every second of every day, they’re consumed with fear about it.

“What you don’t know is who’s where on the spectrum when you first go back.”

The NFL has updated its game-day protocols by requiring every coach and staff member in the bench area to wear a mask and reducing the size of each team’s travel party.

The league and the NFL Players Association announced Tuesday that 10 players and other team personnel tested positive for the virus during the league’s latest testing period of Aug. 21-29.