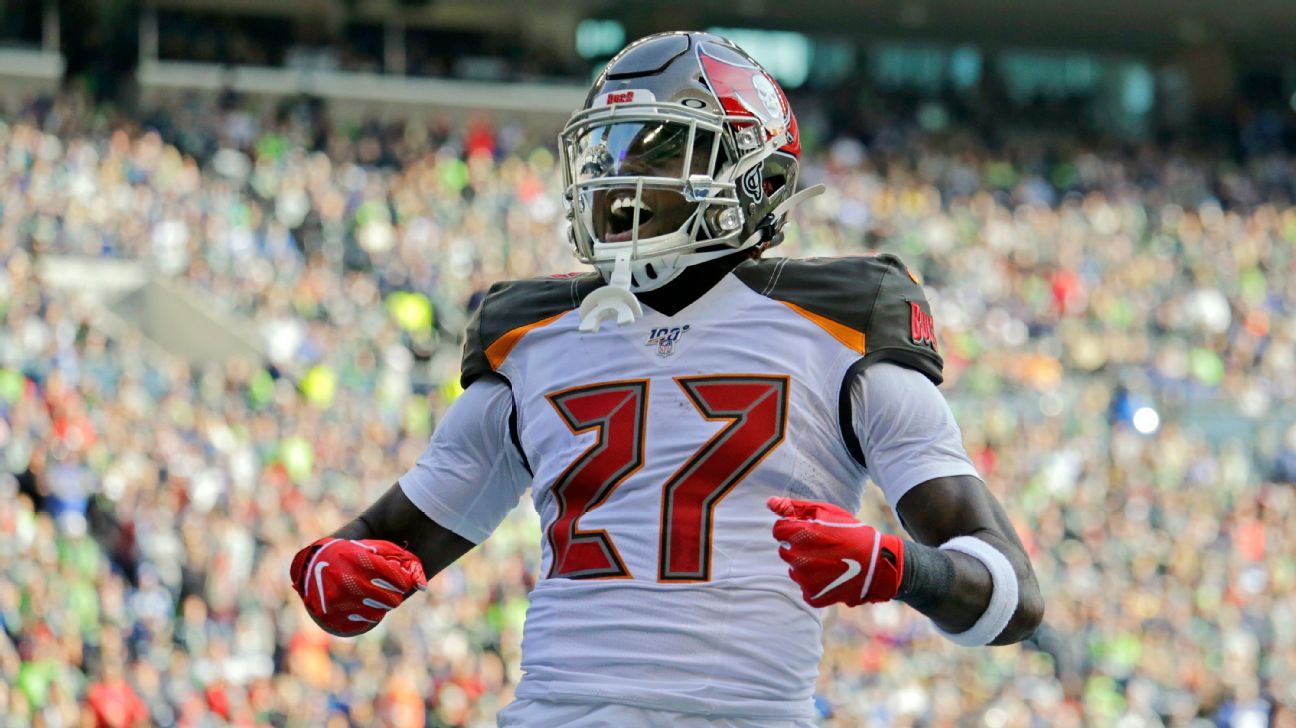 TAMPA, Fla. — The Tampa Bay Buccaneers just signed former fourth overall draft pick Leonard Fournette, who was waived by the Jacksonville Jaguars on Monday, but coach Bruce Arians said Ronald Jones is the team’s starting running back and indicated that veteran LeSean McCoy will still occupy a spot on the roster.

“When you can get a player of that caliber — I got great reviews from people that know him and who have coached him — he’ll fit right in, and we’ll see what role happens and how fast it can happen,” Arians said of Fournette. “But RoJo’s our guy, Shady [McCoy] is ready for his role, so it’s just gonna be building roles as we go along and having enough quality players to finish this thing.”

When asked about how some could see Fournette’s signing and McCoy’s signing last month as an indictment on Jones — particularly because Jones’ hands are still a work in progress — Arians said of Jones, “It’s his job. Nothing’s changed for him. We’ve just added a heck of a piece of insurance and [we’ll] see what kind of role he can cut out. But RoJo — it’s his job if he wins it or loses it. He’s already got it, so he’s gonna have to screw it up. I don’t see that happening.”

Arians said Fournette’s role is to be determined, but because of the position’s high propensity for injuries, the coach thought the team could make a move and carve out a role for Fournette later.

The Bucs will rely on their ground game to create play-action opportunities for quarterback Tom Brady. They’ll also use running backs heavily in the passing game — something Brady has done throughout his career — and they view Fournette as a well-rounded player who can contribute on all three downs. (Jones mostly saw action on first and second down last year, although Arians believes he has become more of a three-down back.)

With Fournette required to undergo a physical and pass three consecutive days of COVID-19 testing, and the team having both Sunday and Monday off, the earliest Fournette would be able to practice would be Tuesday, although Arians anticipates that he’ll meet with members of the coaching staff and teammates once he passes COVID-19 testing and possibly play against the New Orleans Saints in Week 1.

“I think right away,” Arians said. “He’s a very bright player and everything I’ve heard from the guys coaching him [is] he’ll pick it up really quick. We’re not gonna force him — we don’t have to force him — so we’ll just let him get it at his pace. If I know him, he’ll be pretty fast-paced. So we’ll try to get him up to speed as fast as we can and see if he can have a role for next week.”

When asked about character concerns — in three years, Fournette was suspended once, deactivated for a game and saw a guarantee in his contract voided for fighting — Arians said he had none.

Not afraid to give second chances, Arians said, “The people I trust gave him high, high marks in everything I care about. I can’t say what’s going on in Jacksonville, but all’s I can say is, [with] what’s happening in Tampa, he’ll fit right in.”