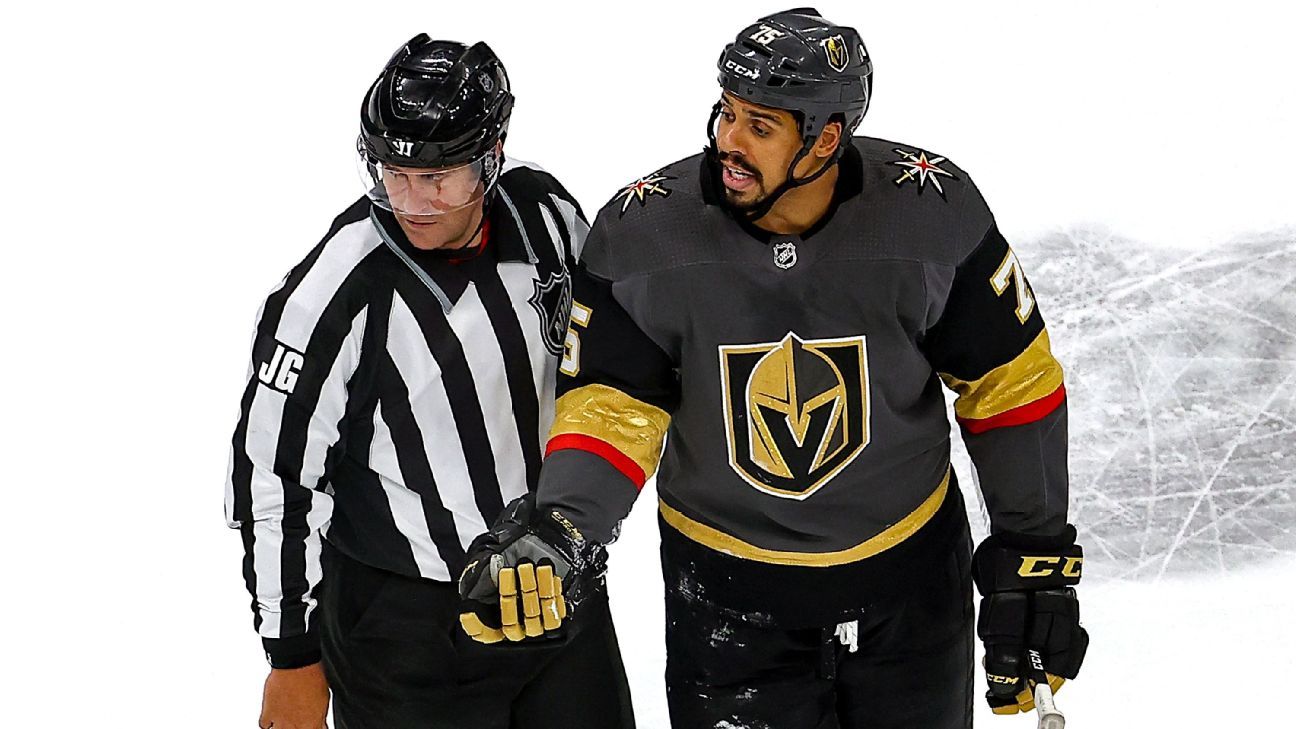 EDMONTON, Alberta — Vegas Golden Knights forward Ryan Reaves will miss the opener of the Western Conference finals against Dallas after the NHL suspended him a game for an illegal check to the head of Vancouver’s Tyler Motte.

Reaves hit Motte in the jaw with a check late in the second period of Game 7 on Friday night and was penalized and ejected. The league suspended him Saturday for Game 1 after a hit it considered avoidable but not intentional.

“If Reaves wishes to deliver a check on this play, he must do so by hitting through Motte’s shoulder and core rather than picking the head with force,” the NHL department of player safety said in a video announcing the suspension.

Golden Knights coach Peter DeBoer didn’t excuse Reaves for the hit but hoped his relatively clean record — one suspension back in 2016 — and the circumstances of the play would factor into the NHL’s decision. He called Reaves “the cleanest, toughest player” he knows.

“Very rarely does he take penalties; he very rarely takes liberties,” DeBoer said. “He doesn’t take advantage of people in vulnerable positions, even though he could, and yet he plays as physical a brand of hockey as anybody in the league. I think he’s going for a hit there like he does every shift he’s on the ice and angle, movement of the other guy, he’s committed to it, doesn’t have time — whatever the reason. He catches him in the wrong spot.”

Motte returned to the game that Vegas won 3-0. The league agreed with Reaves that he didn’t aim for a head shot, but it said Motte also didn’t move in such a way that made it an unavoidable hit.

Reaves’ penalty was just his third in 15 playoff games. Over that time, he has four assists while averaging just under 10 minutes of ice time on the Golden Knights’ physical fourth line.

“Obviously, the way that our fourth line sets the tone of the games and brings a very physical presence, it’ll be a loss,” Vegas defenseman Nick Holden said. “But we know as a group we have guys that can gill in. Will [Carrier] still brings a lot of physicality and a hard forecheck. He’ll be missed, obviously. He’s a big guy and a physical presence, but guys will fill in for him.”