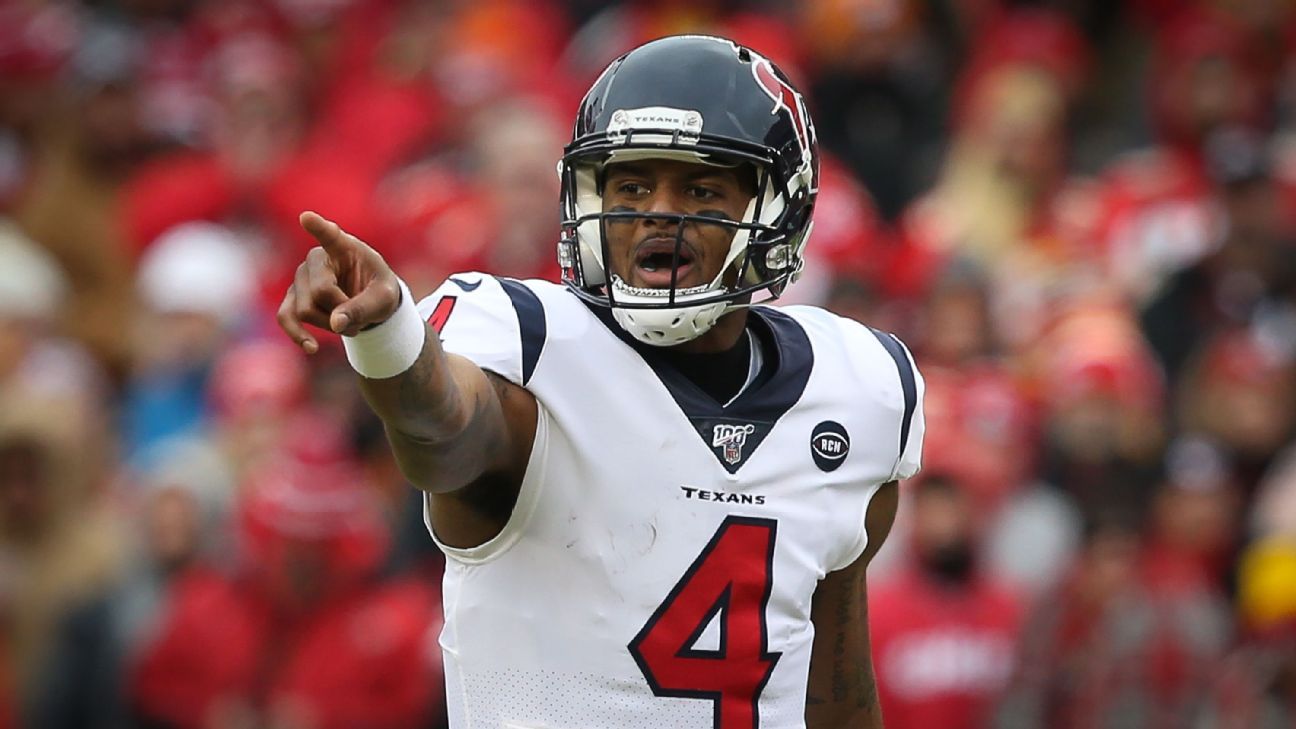 HOUSTON — The second question of Deshaun Watson‘s news conference after the Houston Texans signed their quarterback to a four-year, record-setting contract extension on Saturday was asked by Clemson head coach Dabo Swinney. The third? By Houston Astros ace Justin Verlander.

And then when Michael Perry, Watson’s offensive coordinator at Gainesville High School in Georgia, came on the call, Watson’s tears started. As the two talked about the past — and Watson’s future — the quarterback started flashing back to how he grew up.

“A lot of memories,” Watson said, when he was asked what he thought of when he saw all of the familiar faces on the call. “A lot of talks. A lot of sacrifice, discipline. All those people were, even including JV [Verlander], had something to relate to me. They’ve had a big part of my career, so it’s just flashbacks that continue to pile up with so many special moments. It’s awesome.”

When Watson’s family came on the call to congratulate him, Watson was visibly emotional.

“I’ve been crying a little bit — a lot of bit, really,” Watson said. “It’s just — an amazing moment, for me to be able to extend my career in a location, in a place, in a home, I would say, that my family loves, that I love, that I want to continue to dive into the community most of all, and just continue to build my legacy, just build our legacy as a whole and do something that we’ve never done before.”

The emotion, Watson said, was because of the commitment the Texans organization has shown to him, and how far he has come. When he was asked if he was worried about whether the contract would get done before the start of the season, Watson said that was his “last and least concern.”

“The money is amazing. It’s life-changing. It’s great,” Watson said. “But the biggest thing is for the McNair family, OB [head coach Bill O’Brien], Jack [Easterby], to just trust in me and believe in me, that I’m their guy, I’m their quarterback — is the biggest thing, and that really touches me. Growing up, from where I’m from … there’s not too many people that make it out.

“For them to just trust me — man, it means the most. That’s the biggest thing. The contract, that was gonna take care of itself. My biggest focus was that locker room, and just my performance on the field, because that’s — I mean, that’s been something that really just got me from all the negativity. Just really all the negative stuff that we had experienced growing up.”

The contract extension Watson signed on Saturday is worth $177.54 million with nearly $111 million in guarantees, trailing only quarterback Patrick Mahomes‘ 12-year deal with the Kansas City Chiefs as the largest in NFL history.

Texans head coach and general manager Bill O’Brien has been saying since the end of last season, when Watson first became eligible for a contract extension, that the organization wanted to make sure its quarterback was in Houston for a long time. On Saturday, he said Watson is a “shining example” of the type of player the Texans want on their roster.

“He’s just a tremendously hardworking young man, very bright guy,” O’Brien said. “He’s a winner and he’s a winner at the most important position in football. I just think it’s a reflection to the team of what we’re trying to do here and our commitment that both sides have. The commitment he has to being here and winning and who he is both on and off the field, and the commitment we have to him relative to our belief in him ever since I met him at the combine all those years ago. Tremendous belief in him as a quarterback and as a person and just really looking forward to starting the season.”

Said Watson: “She was like, ‘Congratulations, but hey, you’ve got a game to win Thursday and you have a championship to go get.'”