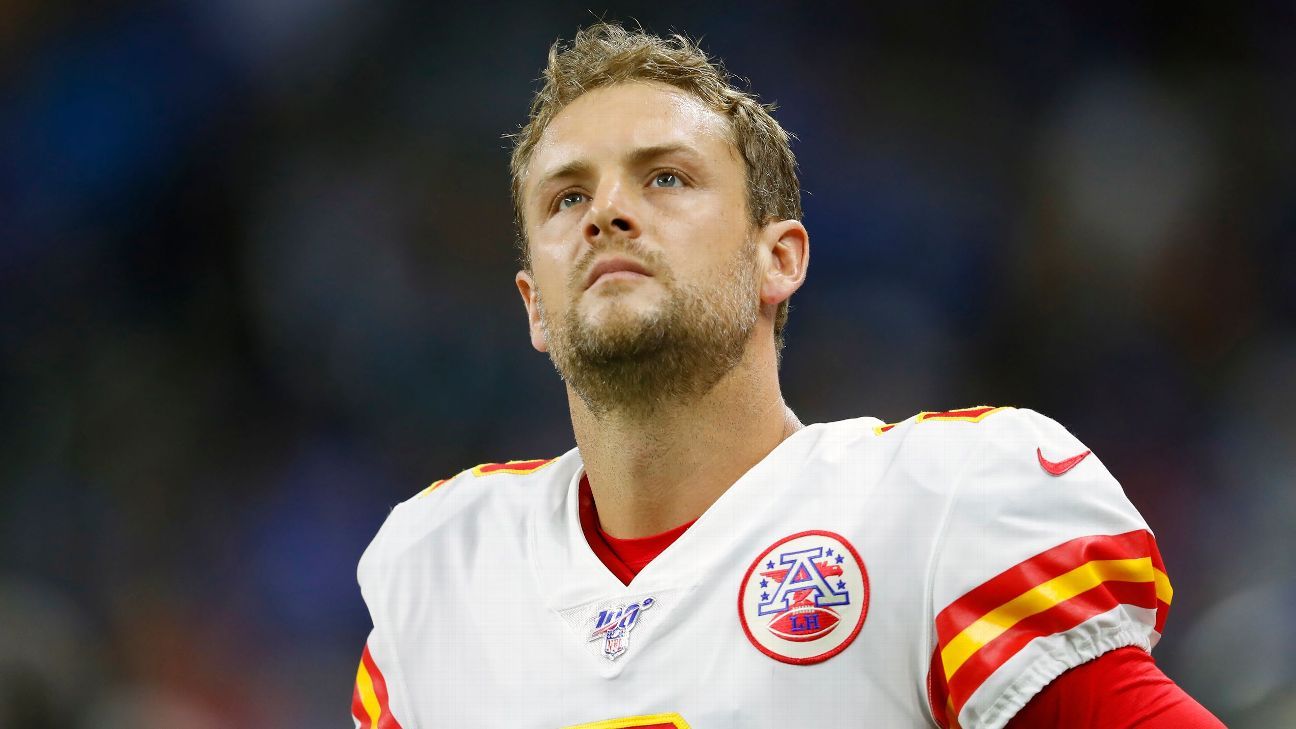 PITTSBURGH — There’s a new punter in Pittsburgh, and he has a very familiar last name.

Colquitt, 38, was released by the Kansas City Chiefs in April after spending 15 seasons with the franchise and winning the Super Bowl a season ago.

He was the longest-tenured player on the Chiefs’ roster at the time of his release. He was also the only Chief last season who played for the team before Andy Reid was hired as coach in 2013. Reid called Colquitt “one of the greatest Chiefs of all-time” in the statement announcing his release.

Colquitt joined the Chiefs as a third-round draft pick from Tennessee in 2005. He made the Pro Bowl twice, in 2012 and 2016, and punted in 238 regular-season games for the franchise.

The Steelers brought undrafted free agent punter Corliss Waitman to training camp to compete with Berry, who was the Steelers’ punter for his entire five-year NFL career. Though Waitman didn’t make the initial 53-man roster, he did earn a spot on the practice squad.

Berry averaged 44.2 yards per punt in his career, including 45.5 yards per punt last season. Berry made headlines last year when he botched a fake punt in a close win against the Arizona Cardinals because of a miscommunication.