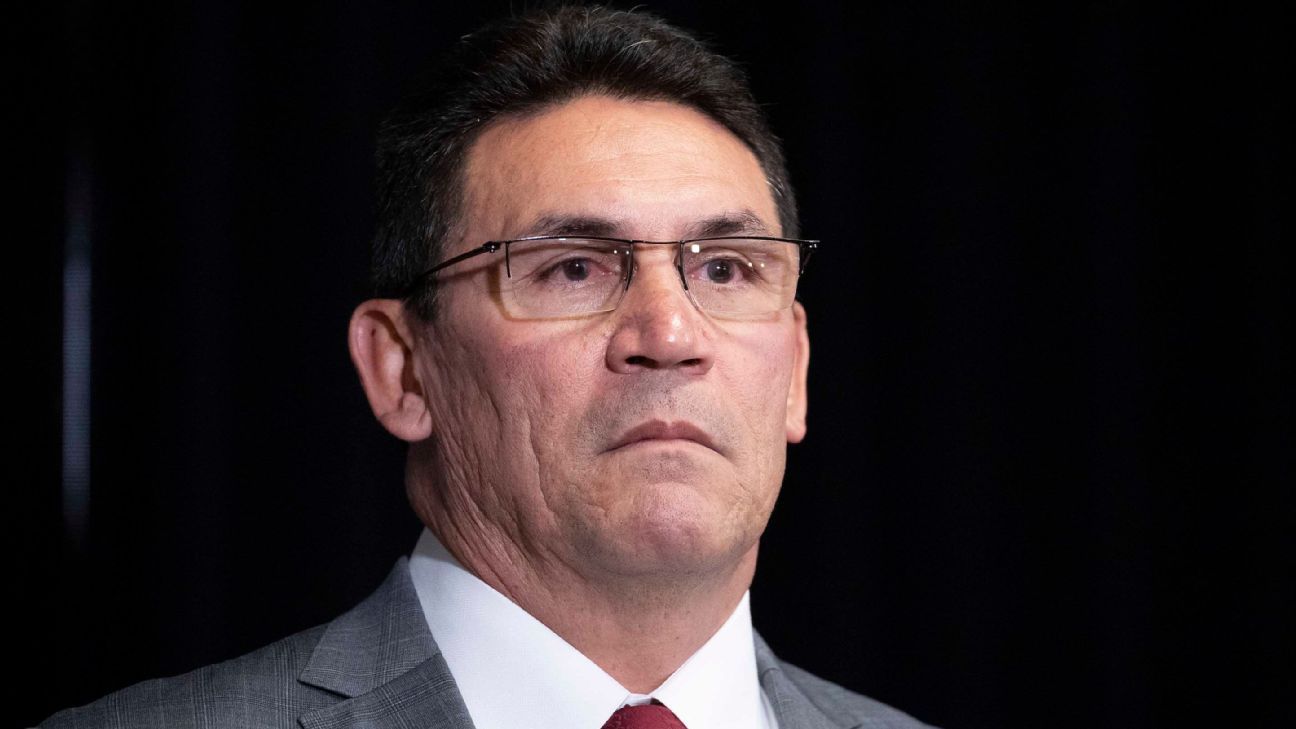 Washington Football Team coach Ron Rivera missed his first practice Tuesday as he underwent a first round of cancer treatment.

Rivera, who has squamous cell carcinoma, went through his first round of chemo and proton radiation therapy treatments. That left defensive coordinator Jack Del Rio in charge for the day. Rivera plans to be at practice Wednesday. Rivera had told Del Rio a couple of days ago that he might miss Tuesday’s session.

“We carried on as normal. I tended to the things that need to be tended to, but it was pretty much business as usual,” Del Rio said.

Rivera announced his cancer diagnosis last month. He said at the time that he might miss a practice during the week, but planned to be on the sideline for games. He must receive five treatments per week for seven weeks.

Del Rio posted a 93-94 record in 12 years as a head coach with Jacksonville and Oakland. He also was an interim coach for Denver when John Fox underwent heart surgery in 2013.

“Having had that experience, I don’t really give it a lot of thought,” Del Rio said. “Coach says, ‘I’m gonna be out,’ it means he needs me to step in. I’m like, ‘I’ve got you, Coach.’ And then I’m just going to carry on his message. I pay attention to what he’s saying to the staff and what he’s saying to the team, and I echo those things. So very much just taking control in a way that he would and making it easy for everyone that we’re working with.”

Rivera likes to be more of an overseer, which helps in this situation. He’ll move among different groups at practice, talking to players and providing coaching tips. But he’s not in charge of any particular side of the ball. That allows players to hear the same message from their coaches.

Corner Ronald Darby called Rivera “quiet” but also said, “It did feel a little weird. … You know what he’s going through. We’ve got to keep pushing. He’ll be good.”

But Rivera normally would address the team before and after practice. On Tuesday, that task fell to Del Rio.