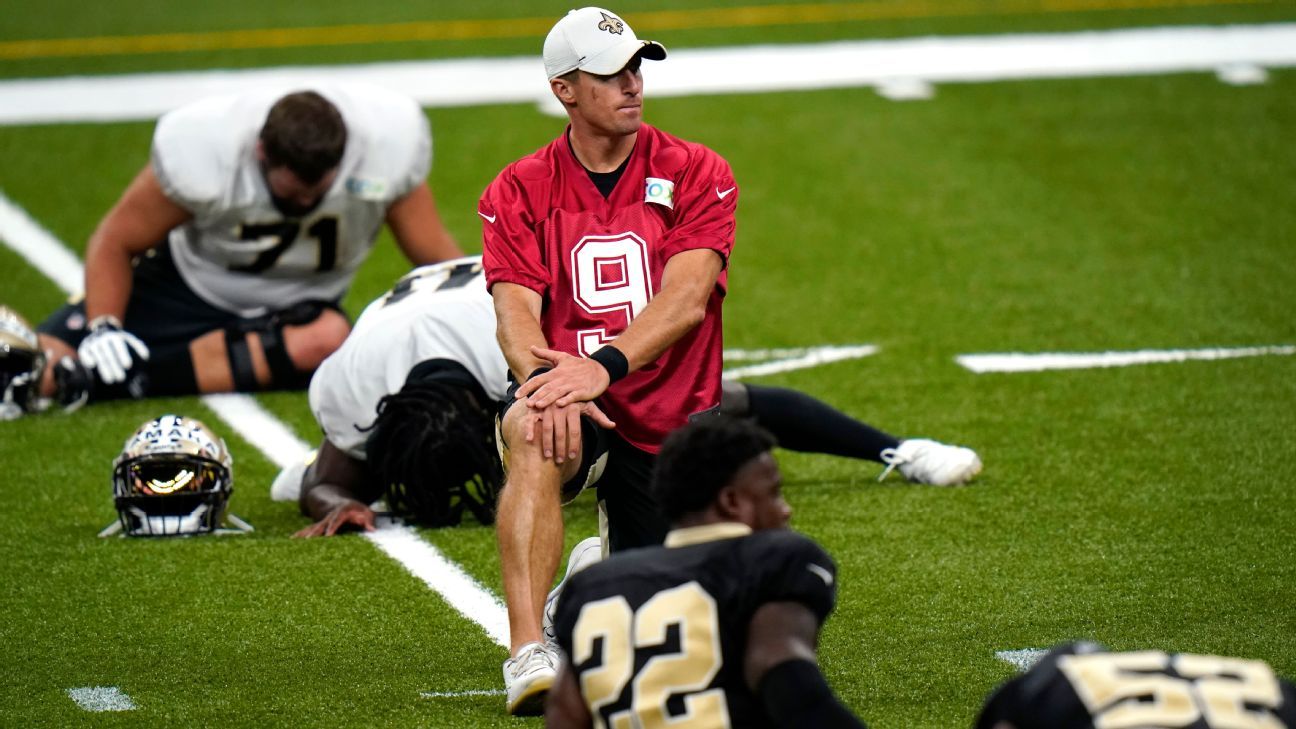 METAIRIE, La. — Drew Brees has not officially declared this his final NFL season. But like the rest of his New Orleans Saints teammates, the quarterback is not shying away from characterizing this as a “Super Bowl or bust” season.

“Hey, at this time, man, I’m on borrowed time,” the 41-year-old said on the eve of his 20th season. “I’ve got nothing to lose. So I’m turning it loose and letting the chips fall where they may.”

The Saints have won more regular-season games than any team in the NFL over the past three seasons (11-5, 13-3, 13-3), only to suffer three gut-wrenching playoff defeats in the final seconds (the “Minneapolis Miracle,” the “No-call” and an overtime loss to the Minnesota Vikings last season).

Brees, who will be an analyst for NBC after he retires, said he is hoping the previous playoff failures are just the prologue to a second Super Bowl title before he rides off into the sunset.

“I know that everything happens for a reason, and in most cases, failure is your best teacher,” said Brees, who was the MVP of Super Bowl XLIV in February 2010. “That’s the approach I’ve always taken, and that’s the approach this team has taken. And I feel like we’ve found a way to garner strength from each one of these moments over these last few years. And it’s only made us better.”

The Saints backed up that mentality by aggressively — but unsuccessfully — pursuing free-agent defensive end Jadeveon Clowney over the weekend, despite having so little salary-cap space that they would have needed to use a unique sign-and-trade idea to make it happen.

Pro Bowl left tackle Terron Armstead specifically declared this as a “Super Bowl or bust” season at the start of training camp. And when asked about it the other day, he said, “I said it. I’m standing on it for sure. What else are we playing for? That’s it; that’s the only goal. Especially for a team that really feels like we can do it.

“For everyone involved, every player, family, city, we need this,” Armstead said. “That’s what we’re going for.”

The Saints aren’t the only NFL team taking that approach this season. Their opponent on Sunday, the NFC South rival Tampa Bay Buccaneers, just signed 43-year-old quarterback Tom Brady and lured tight end Rob Gronkowski out of retirement to try to make the playoffs for the first time since 2006.

This will be the first game in NFL history in which both starting quarterbacks are over the age of 40.

“I’ve always used the term ‘prolong your prime,'” Brees said of the health and wellness techniques that have allowed both future Hall of Famers to extend their careers for so long. “At the end of the day, that’s what we’re trying to do. Father Time’s gonna get us at some point, but we’re trying to beat him out right now.”

Saints coach Sean Payton, who has been answering questions about Brees’ remarkable longevity for years, loves to make the comparison to an old picture of Kansas City Chiefs quarterback Len Dawson smoking a cigarette at halftime of Super Bowl I — and how times have changed since then.

“And I just think the drive, the determination, the skill set — and when you put all those things together, you get rare, rare players.”

One of those wellness techniques is Brady’s TB12 supplement line, which Payton shared an anecdote about on Wednesday.

“Tom’s got that whole TB12 line. He had me buying the water in the offseason and it was fantastic,” Payton said with a chuckle. “Only the emails don’t stop coming. And I told him, ‘Can you stop sending me emails?’ And then he purposely went to the company and now they’re doubled. Every morning I wake up, I’ve gotta erase about 15 TB12 emails.”