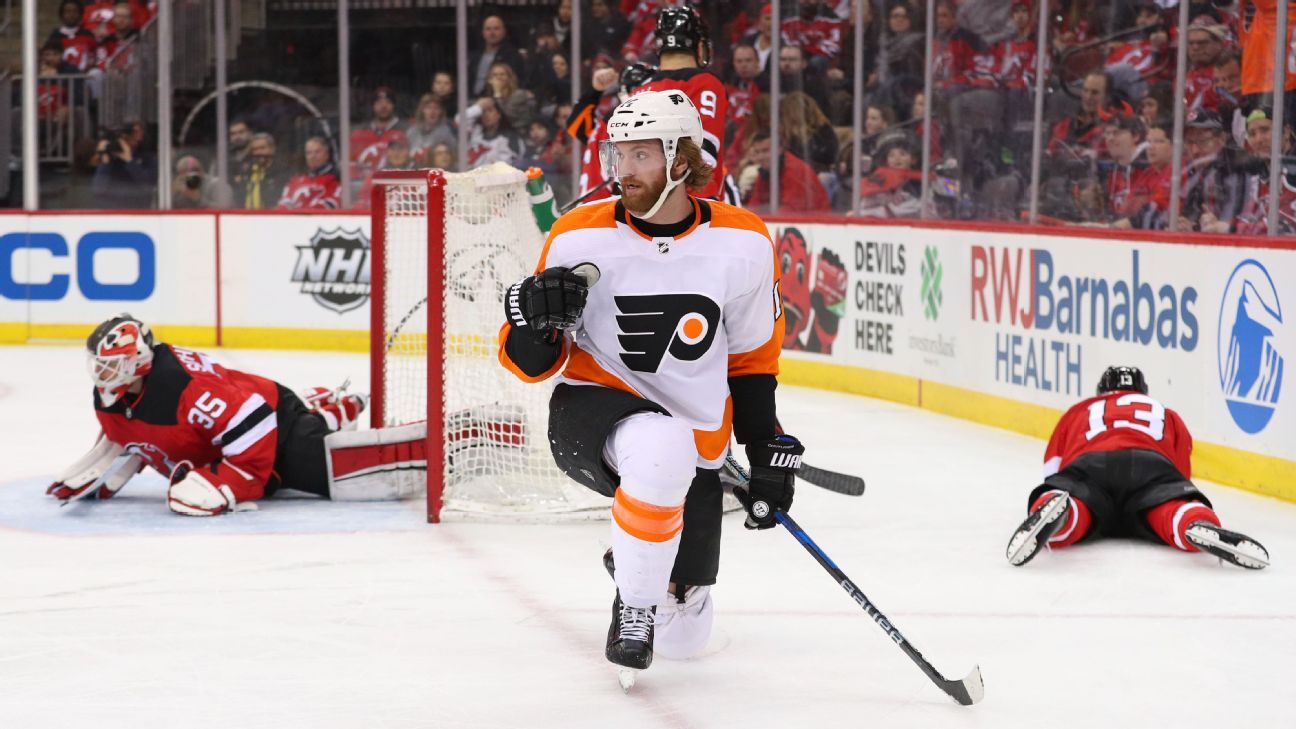 EDMONTON, Alberta — Philadelphia Flyers center Sean Couturier became the third Flyers player to be chosen as the NHL’s top defensive forward when he was awarded the Frank J. Selke Trophy on Thursday night.

“It’s one thing to produce offensively, but if you want to be out on the ice when you’re up a goal late in the game, you’ve got to learn to be responsible defensively, and it’s always something I’ve tried to take pride in,” Couturier said. “Obviously over the last few years I’ve kind of taken my offensive side of the game to another level.”

Couturier, 27, was second in the Selke voting two years ago. This time, he finished ahead of four-time winner Patrice Bergeron of the Boston Bruins, a finalist for an unprecedented ninth year in a row, and last season’s winner Ryan O’Reilly of the St. Louis Blues.

“You have a man here in Sean Couturier who took a few years in the league to find the offensive part of his game, but a guy that plays the right way defensively,” Flyers general manager Chuck Fletcher said. “He understands the game, doesn’t cheat, wins battles, wins faceoffs, very good on the forecheck, very good in his own zone, very good penalty killer and very good on the power play.”

Couturier said he modeled his game after the likes of Bergeron, Anze Kopitar, Jonathan Toews, Jordan Staal — all players who finished among the top 15 in this year’s voting by the Professional Hockey Writers Association. Couturier was named on 163 of the 170 ballots, and got 117 first-place votes.