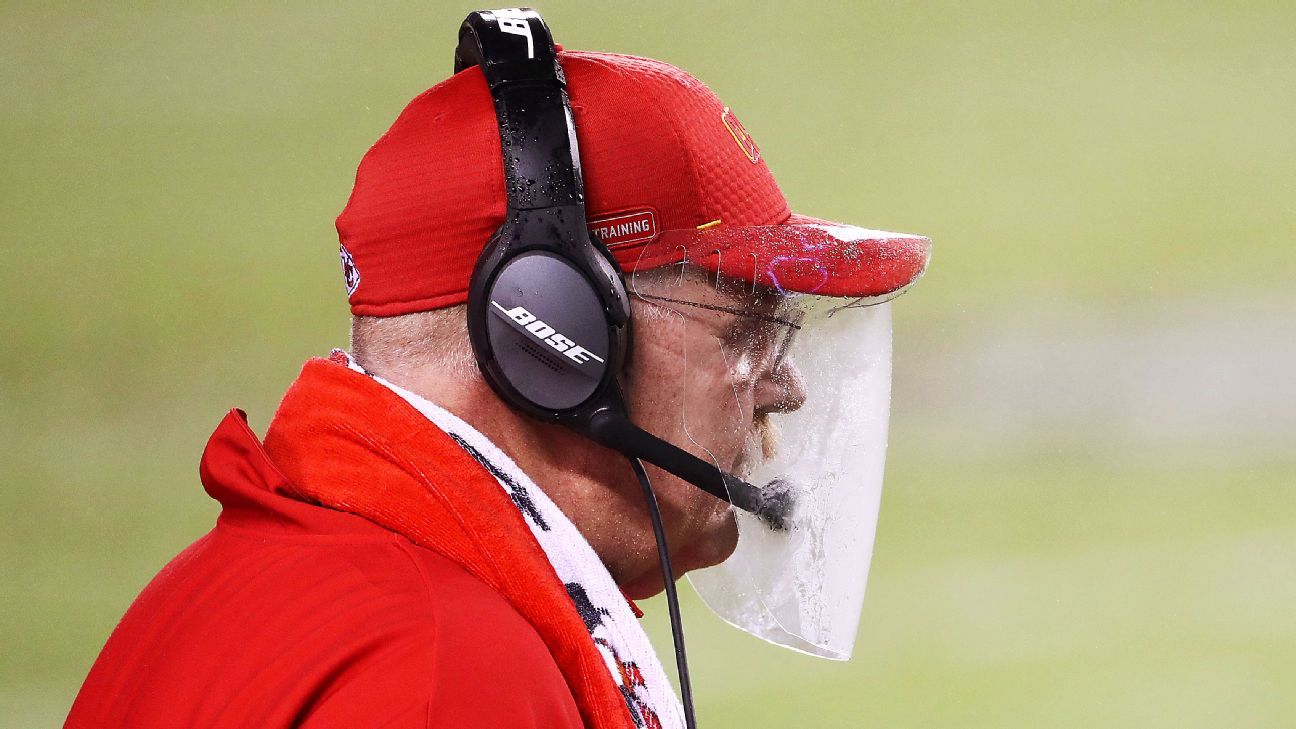 OWINGS MILLS, Md. — John Harbaugh noticed someone had placed a face shield in his office this week, and the Baltimore Ravens coach thought about using it for Sunday’s season opener because his glasses fog up in humid weather.

“I dismissed that after last night,” Harbaugh said with a smile after Friday’s practice.

Kansas City Chiefs coach Andy Reid became a popular target for laughs, as well as social media memes, after his face shield fogged up throughout a 34-20 victory over the Houston Texans on Thursday night. NFL coaches and staff members on the sideline must wear masks during the coronavirus pandemic, and Reid chose personal protective equipment that soon became the talk of the football world.

Harbaugh has been wearing an assortment of neck gaiters at practice. But, because he uses glasses to read playing cards during games, he did try on the face shield.

“I did look in the mirror, and I was like, ‘Eh, I don’t think so,'” said Harbaugh, whose team will host the Cleveland Browns on Sunday.

Harbaugh is one of Reid’s best friends, and even Harbaugh’s wife, Ingrid, couldn’t resist joking about the face shield.

“She did mention to me, in the Kansas City area, there’s going to be a lot of Halloween outfits with face shields and mustaches — and foggy face shields,” Harbaugh said. “So, wow, that’s tough.”

If Reid doesn’t switch to a mask, Harbaugh will get an up-close look at that face shield in two weeks, when the Ravens play host to the Chiefs on Monday Night Football.