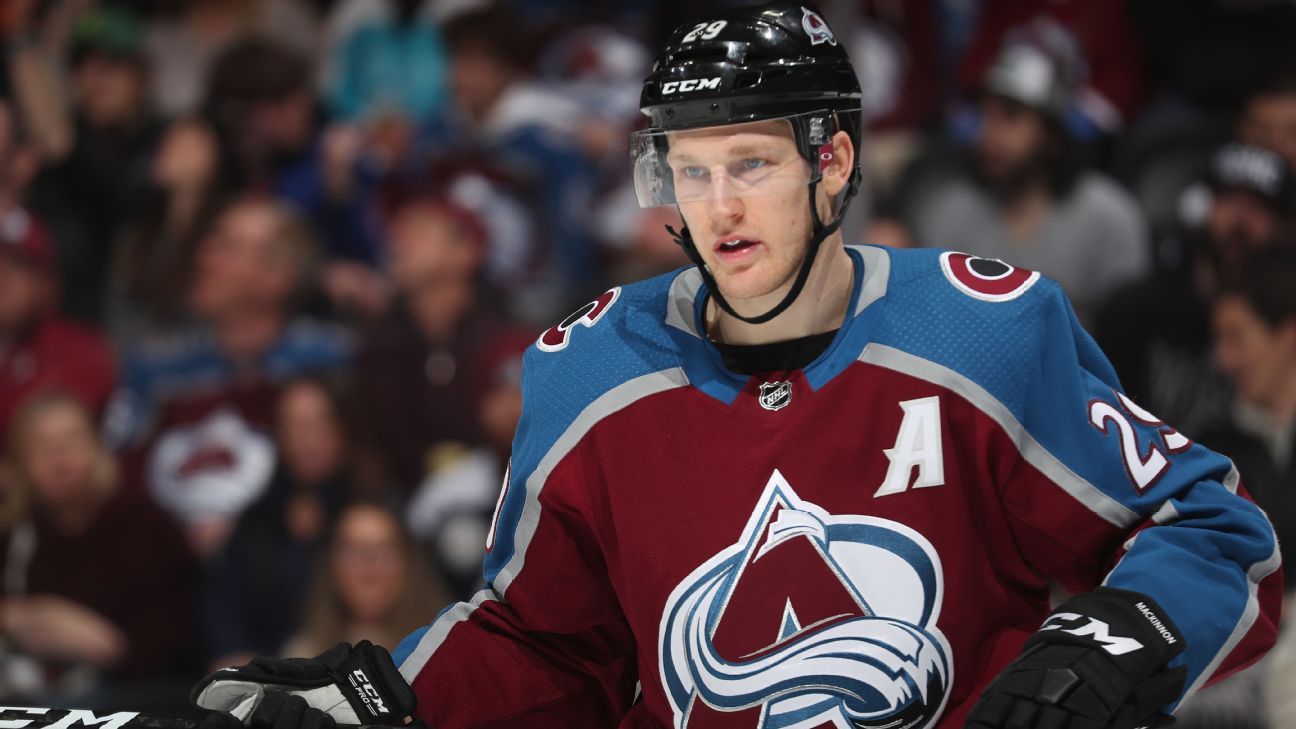 EDMONTON, Alberta — Of course, Nathan MacKinnon wishes he were still playing for the Stanley Cup, but after learning he won another individual award, the Colorado forward found a silver lining.

In the friendly rivalry between the two best hockey players from the Maritimes town of Cole Harbour, Nova Scotia, MacKinnon can now boast he has won the Lady Byng Trophy that Sidney Crosby hasn’t. He also won the Calder Trophy for rookie of the year his first season, which Crosby lost to Alex Ovechkin.

“I got the Calder and the Lady Byng now on him,” MacKinnon said Friday after winning the award for sportsmanship and gentlemanly conduct. “That’s about it. That’s probably all I’ll ever get on him.”

MacKinnon is a Hart finalist after putting up 43 points more than his next-closest Avalanche teammate and finishing fifth in scoring leaguewide. The 25-year-old said he cared more about winning MVP in 2018, when he was edged by Taylor Hall, and it’s possible he falls short again with New York Rangers winger Artemi Panarin and Edmonton Oilers forward Leon Draisaitl also in the running.

“It would be really cool to win that, but I’m not counting on anything,” MacKinnon said. “Obviously, I’m competitive. I want to win everything I’m up for.”

MacKinnon helped the Avalanche reach the second round of the playoffs and come back from a 3-1 deficit before losing in overtime in Game 7 to Dallas. He led Colorado with 25 points on nine goals and 16 assists and is still the leading scorer in the postseason six games into the conference finals.

As much as he’s proud to join Hall of Famers like Wayne Gretzky, Marcel Dionne and Avalanche general manager Joe Sakic as players to win the Lady Byng, MacKinnon would’ve much rather still been in the bubble than at home talking about himself.

“At the end of the day, I just want to win the Stanley Cup,” MacKinnon said. “It didn’t happen this year. It’s still a bitter taste.”

Matthews finished ahead of Toronto’s Auston Matthews and St. Louis’ Ryan O’Reilly in Lady Byng voting by the Professional Hockey Writers Association. MacKinnon had a career-low 12 penalty minutes this season, and no other forward averaged more ice time than his 21:13 while taking fewer penalties.

“It’s just a line you need to hover on,” MacKinnon said. “I respect my opponents. I don’t want to be dirty. I also want to be trusted by the coaching staff that I won’t take penalties and stuff like that. I guess with my skating I try to use my legs to kind of stick check and things like that and not take unnecessary minors.”

MacKinnon probably will have the opportunity to add Olympic gold while playing with Crosby for Canada at the 2022 Beijing Games. But recognizing he still trails Crosby in many of the sport’s accomplishments, MacKinnon joked he needed to play so he doesn’t win the Lady Byng again.

“Sid, I guess, just plays a little harder than I do,” he said. “I’ve got to get a little dirtier out there.”