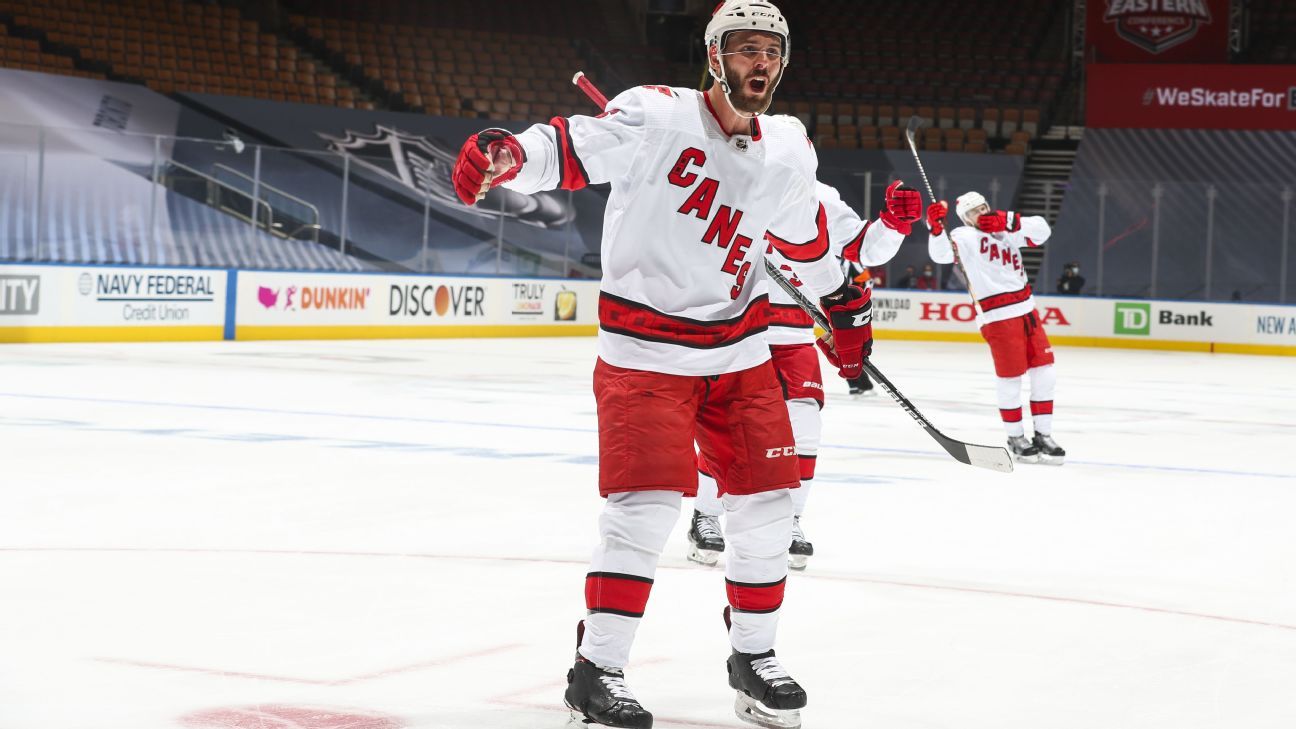 RALEIGH, N.C. — The Carolina Hurricanes parted ways with defenseman Joel Edmundson after one season, trading his free-agent rights to the Montreal Canadiens on Saturday for a fifth-round pick.

Carolina acquired Edmundson after he won the Stanley Cup with the Blues in the 2019 trade that sent defenseman Justin Faulk to St. Louis. Edmundson is set to become a free agent in October, unless Montreal signs him before then.

The 27-year-old had seven goals and 13 assists in 68 games last season. He dressed for four of the Hurricanes’ playoff games.

Carolina recouped the fifth-rounder it sent to the Blues in the Faulk trade. The Hurricanes also still have forward prospect Dominik Bokk and a 2021 seventh-rounder to show for that move.