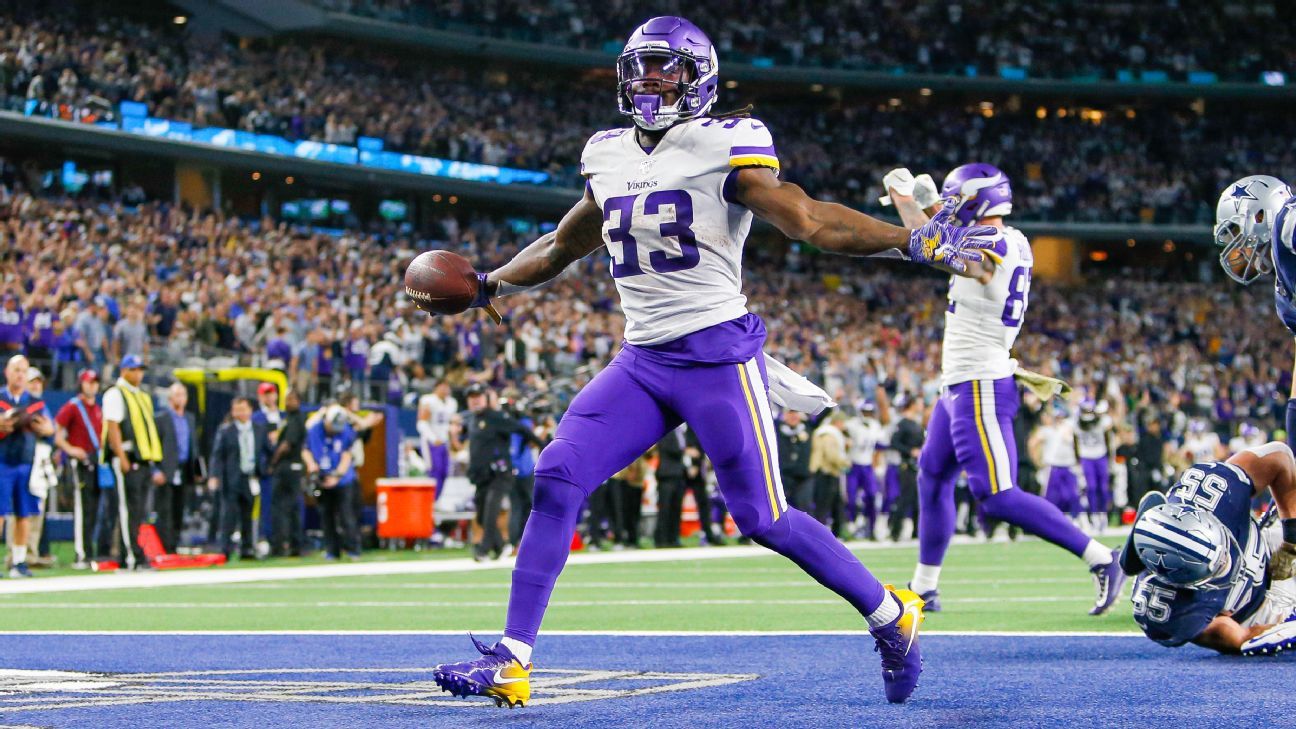 The deal includes a $15.5 million signing bonus and $28.2 million in guaranteed money, a source told ESPN. Cook is the fifth-highest-paid running back in the NFL with an average salary of $12.6 million per year.

To help make room for Cook’s new contract, the Vikings restructured the deal of linebacker Eric Kendricks, shifting $6 million in base salary to a signing bonus to help spread out the cost, a source told Schefter.

Cook, 25, became the latest running back to sign an extension prior to the start of the 2020 season. Joe Mixon of the Cincinnati Bengals signed a four-year, $48 million extension ($10 million guaranteed) last week, and Kareem Hunt signed a two-year, $13.25 million extension with the Cleveland Browns. Moments after Cook’s deal was announced, the New Orleans Saints and Alvin Kamara finalized a five-year extension worth $77.13 million.

Cook’s deal came just one day before the Vikings host the Green Bay Packers in their season opener at U.S. Bank Stadium. The running back, who was drafted by Minnesota in the second round in 2017, was set to play out the final year of his rookie deal; he would have earned $1.3 million.

At the start of training camp, Cook said he hoped to earn a “reasonable” deal that would highlight his value to the franchise on and off the field and dispelled the notion that he was planning to hold out. Even without an extension, he suited up for all of the Vikings’ padded practices throughout camp.

Negotiations between Cook’s representation and the Vikings were tabled on Aug. 19 after the two sides failed to strike a deal. Eleven days later, the Vikings engaged in a trade with Jacksonville for Yannick Ngakoue, with whom the team negotiated a one-year, $12 million deal after the defensive end was franchised earlier this year.

Talks between Cook’s agent and the Vikings picked up again ahead of the season opener and resulted in the running back signing a last-minute deal to keep him in Minnesota through the 2025 season.

Cook was one of the league’s most productive running backs last season. He recorded the second-most yards from scrimmage per game (118.1) and led the NFL with 11.3 yards after the catch per reception while recording a first down on 40.6% of his targets, which was the third-highest mark of any running back with at least 30 targets, according to ESPN Stats & Information.

Cook now becomes a long-term fixture in Minnesota’s offense. He took 38.1% of his team’s touches from scrimmage in 2019, the ninth most by any player in the NFL.

“This is where I want to be at,” Cook said at the start of camp. “This is what I love to do. I was going to be here regardless of whatever the speculations [that] came up or [questions of] if I wasn’t coming. I was going to be here ready to work. I’ve been grinding all offseason, hitting the weights, hitting the field, getting better at my craft and my position to get ready to play this year.”