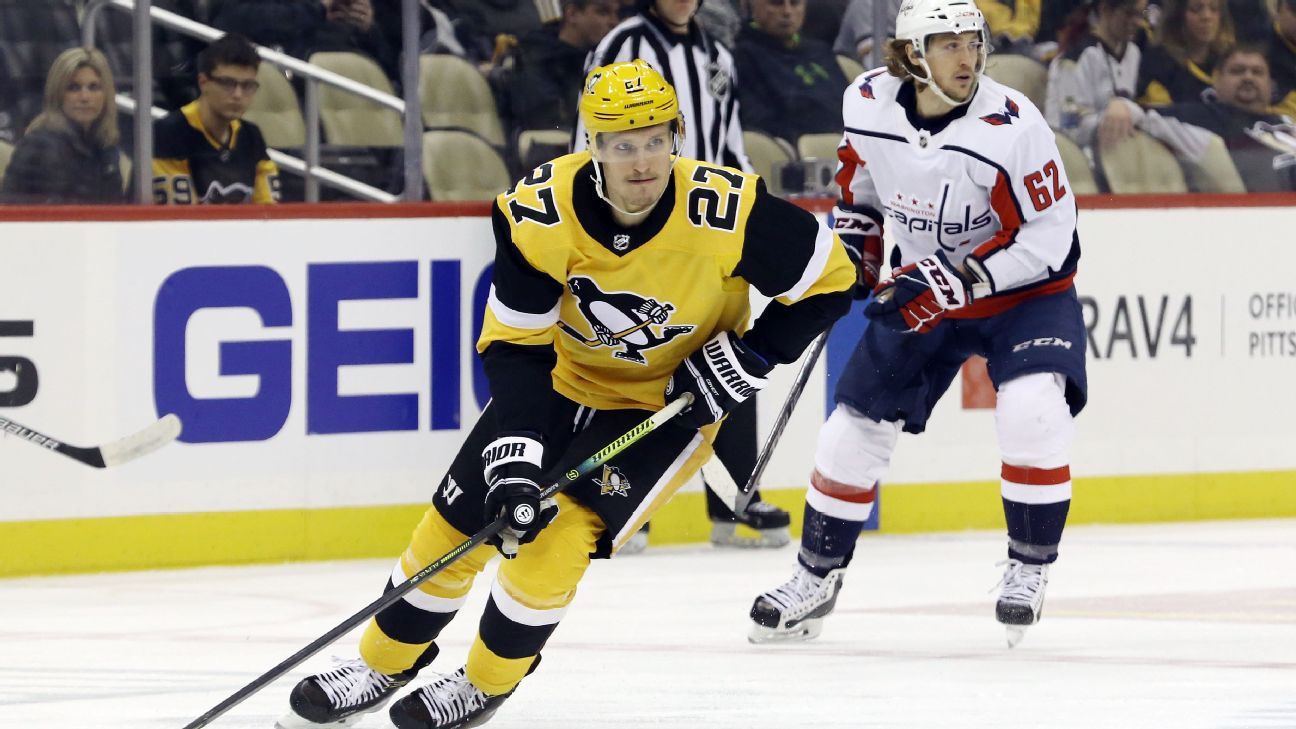 ST. PAUL, Minn. — The Minnesota Wild acquired center Nick Bjugstad on Friday from the Pittsburgh Penguins for a conditional selection in the 2021 NHL draft, a swap that includes the Penguins covering an unspecified portion of Bjugstad’s $5.25 million salary next season.

Bjugstad, a 28-year-old Minnesota native, played in only 13 games for the Penguins in the coronavirus-shortened 2019-20 season. Most of his absence was due to a core-muscle injury that required surgery. Then he suffered a different lower-body injury and did not return to action when the NHL initiated postseason play in the COVID-19 bubbles last month.

The 6-foot-6, 215-pound Bjugstad will enter the final year of the six-year, $24.6 million contract extension he signed with the Florida Panthers, who drafted him with the 19th overall pick in 2010. Bjugstad had a career-best 49 points in 82 games with the Panthers in 2017-18, the only NHL season in which he has not missed any time. He was traded to the Penguins in a four-player, three-pick exchange on Feb. 1, 2019.

Bjugstad, who has 97 goals, 110 assists and 681 hits in 439 career NHL games, will be asked to fill the role of a checking center with the Wild that will presumably be vacated by the retirement of longtime captain Mikko Koivu. The 37-year-old’s contract is expiring. He’s not expected to return.

Bjugstad starred at Blaine High School and the University of Minnesota.