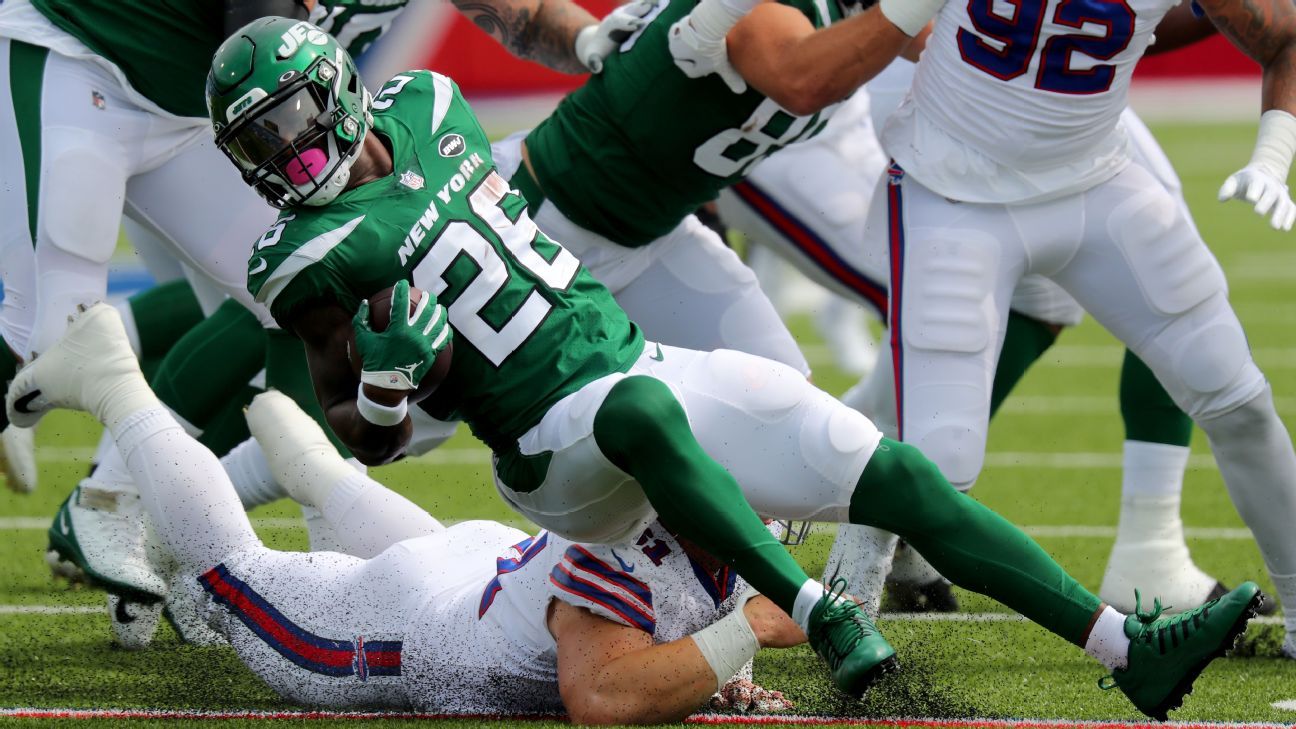 New York Jets coach Adam Gase, who was involved in an injury dispute with Le’Veon Bell in training camp, openly second-guessed himself Sunday for leaving the running back in the game after he injured his hamstring.

“I’m mad at myself that I let him go back in there in the second half,” Gase said after the Jets’ 27-17 loss to the Buffalo Bills in Orchard Park, New York.

Bell was hurt late in the second quarter when he fell awkwardly on an incomplete pass in which he drew a holding penalty on linebacker A.J. Klein. He returned in the second half, his hamstring wrapped. He stayed in for five plays before it became apparent that he had no burst.

He was replaced by Frank Gore and didn’t return. The Jets declined to comment on the severity of the injury, and Bell wasn’t made available.

“That play looked bad,” Gase of the second-quarter play in which Bell appeared to pull up. “I’m watching, and I thought it was going to be a touchdown, then he got grabbed. And kind of the way he planted and torqued, it looked really bad.

“I saw him grab his hamstring and he wouldn’t come out. We come in at halftime. I let him go back in there. I was worried about it, and we were eventually like, ‘I can’t put you in there. We can’t take a chance on getting more hurt than you already are.'”

In camp, Gase and Bell had a miscommunication over an alleged hamstring injury, which adds another layer to this.

Bell was pulled out of a scrimmage because of hamstring tightness, Gase told reporters in August. Minutes later, Bell took issue with that, tweeting that there was no injury and that he wanted to continue. Gase, admitting he was “caught off guard” by the Twitter rant, requested a long sit-down with Bell and they cleared the air.

Afterward, Bell chalked it up to a miscommunication, suggesting he and Gase need to speak with each other directly on the sideline instead of involving trainers.

Until Sunday’s injury, Bell had received almost the entire workload at running back. He ran six times for 14 yards and caught two passes for 32 yards.

If he can’t play next Sunday, the Jets will lean heavily on the 37-year-old Gore, who will face the San Francisco 49ers, his team for the first 10 years of his career. The only other healthy back on the roster is Josh Adams, who scored a late touchdown Sunday. Rookie La’Mical Perine is recovering from a sprained ankle.