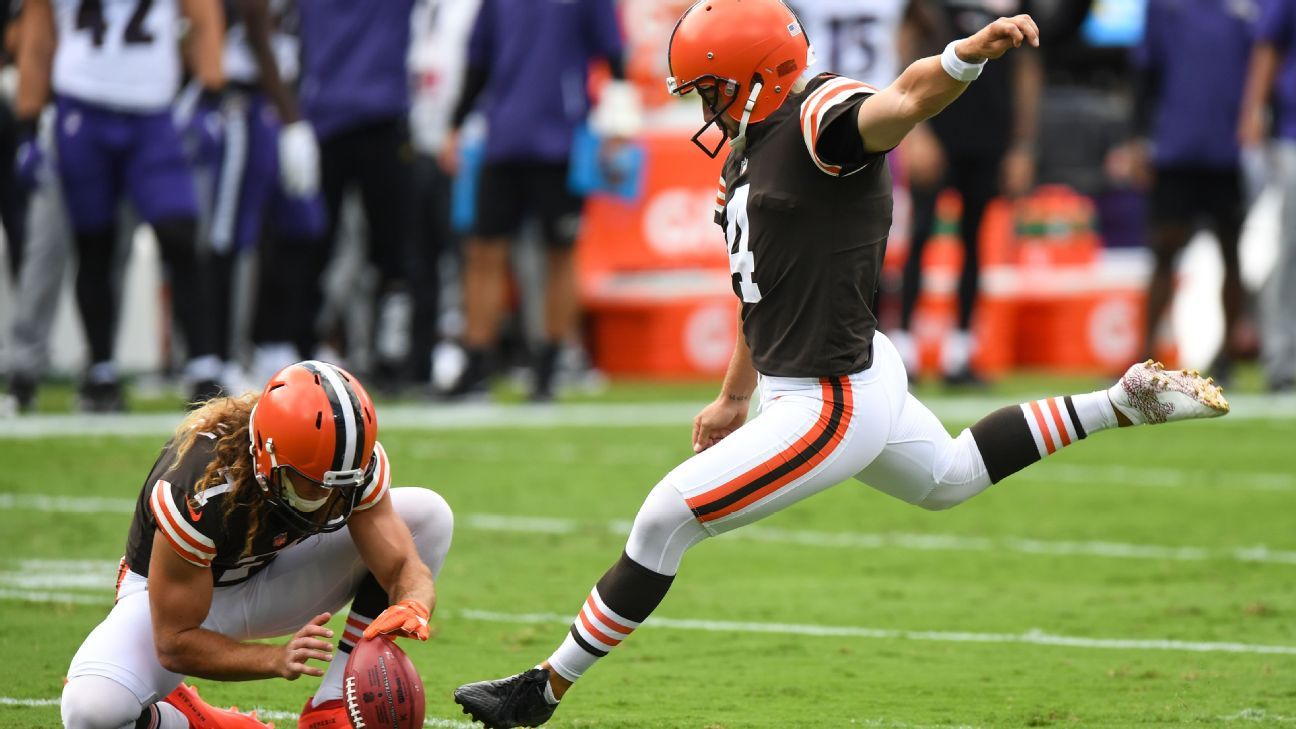 The Bengals picked up Seibert two days before Cincinnati travels to Cleveland to face Seibert’s former team. The move comes as both of Ohio’s NFL franchises face some uncertainty surrounding their respective kicking situations.

Cleveland signed Cody Parker to the 53-man roster and waived Seibert on Monday after the second-year player missed both of his kicks in a 38-6 loss to Baltimore on Week 1. Seibert missed a 41-yard field goal and a point-after attempt that ricocheted off the left upright.

In Cincinnati, Bengals starting kicker Randy Bullock was listed with calves problems on the team’s Monday injury report after he suffered a cramp at the end of Sunday’s 16-13 loss to the Los Angeles Chargers. Bullock said he suffered a cramp in his left calf as he attempted a 31-yard field goal that went wide right with two seconds left in regulation.

Bullock was good on attempts from 50 and 43 yards earlier in the game.

On Monday, Bengals coach Zac Taylor was hesitant to place the bulk of the blame on Bullock and suggested there was no immediate need to get a starting kicker.

“We all made mistakes in that game,” Taylor said. “I think anybody who watched the kick, he didn’t kick it like he usually does so obviously something happened. He cramped up. He hasn’t made any excuse for it. It’s just what happened.”

Because of the quick turnaround and COVID-19 clearance protocols, Taylor said Wednesday would be the soonest to add a player to the practice squad roster.

NFL Network was first to report the Bengals claiming Seibert.