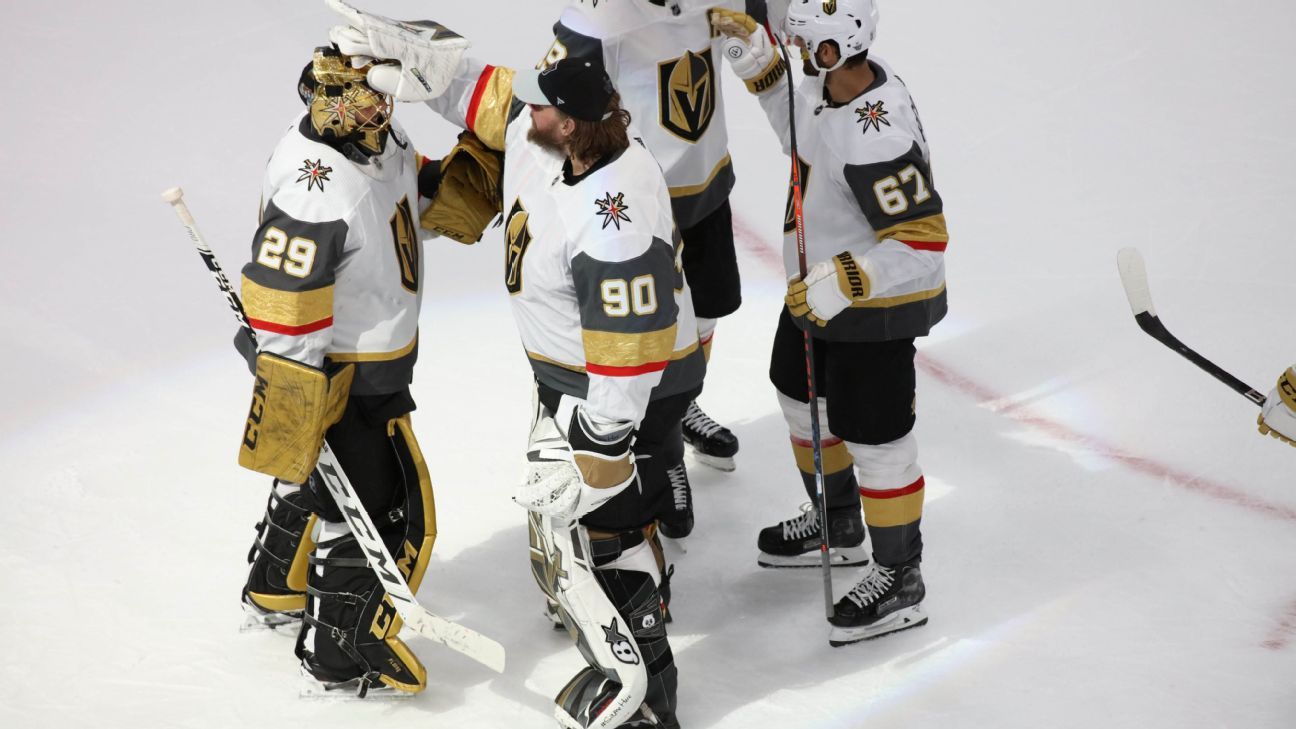 “Those are exactly the types of decisions that we’re going to be working on immediately. We don’t have those answers right now. The first order of business, in many respects, is to sort that out,” he said on Wednesday, two days after Vegas was eliminated by the Dallas Stars in the Western Conference final.

When Lehner was acquired from the Chicago Blackhawks at the trade deadline, McCrimmon said he would serve in support of Fleury, the team’s starting goaltender. “I think I was really clear about that. If anything had happened with Marc-Andre, we felt like we were at risk, which we were trying to minimize,” said McCrimmon.

But Lehner ended up starting 16 of the Knights’ 18 postseason games, posting a .917 save percentage and a 1.99 goals against average. His promotion to starter led to an infamous moment in which Fleury’s agent Allan Walsh posted a social media image depicting his client being impaled in the back by a sword with Vegas coach Peter DeBoer’s name on it.

“As you saw, and it happens in the playoffs, there are going to be distractions. But within the team and within the bubble, I felt our team handled this extremely well. It was a non-issue for our players,” said McCrimmon, referring to the controversial image.

Fleury has two more years on his contract at $7 million against the salary cap annually, with a limited no-trade clause. While Lehner is an unrestricted free agent, a source told ESPN last week that there is an informal agreement on a contract extension between Lehner and the Knights. Lehner denied there was an understanding on term and money, and McCrimmon said “we don’t talk about contracts until they’re finalized.”

McCrimmon also pushed back on the idea that there was a “masterplan” to have Lehner take over the crease in the playoffs, in an effort to make him the starter beyond this season.

“Peter felt really confident after going through Phase 2 and Phase 3 that Robin was going to give us the best chance to win. That’s his job,” said McCrimmon, adding that DeBoer wasn’t even pushing to add a goalie at the trade deadline. “Was it unfortunate for Marc-Andre Fleury and his situation? It really was. I do have have empathy for him and how it played out. But it was not, as some are suggesting, the master plan.”

McCrimmon called Fleury the “face of the franchise” and said he has a “very good” relationship with him. He said the uncertainty over next season’s schedule and start date make it important for the Knights to have their goaltending situation in order quickly.

“It could be a compressed schedule. It could increase the need for teams to have two real good goaltenders,” he said.