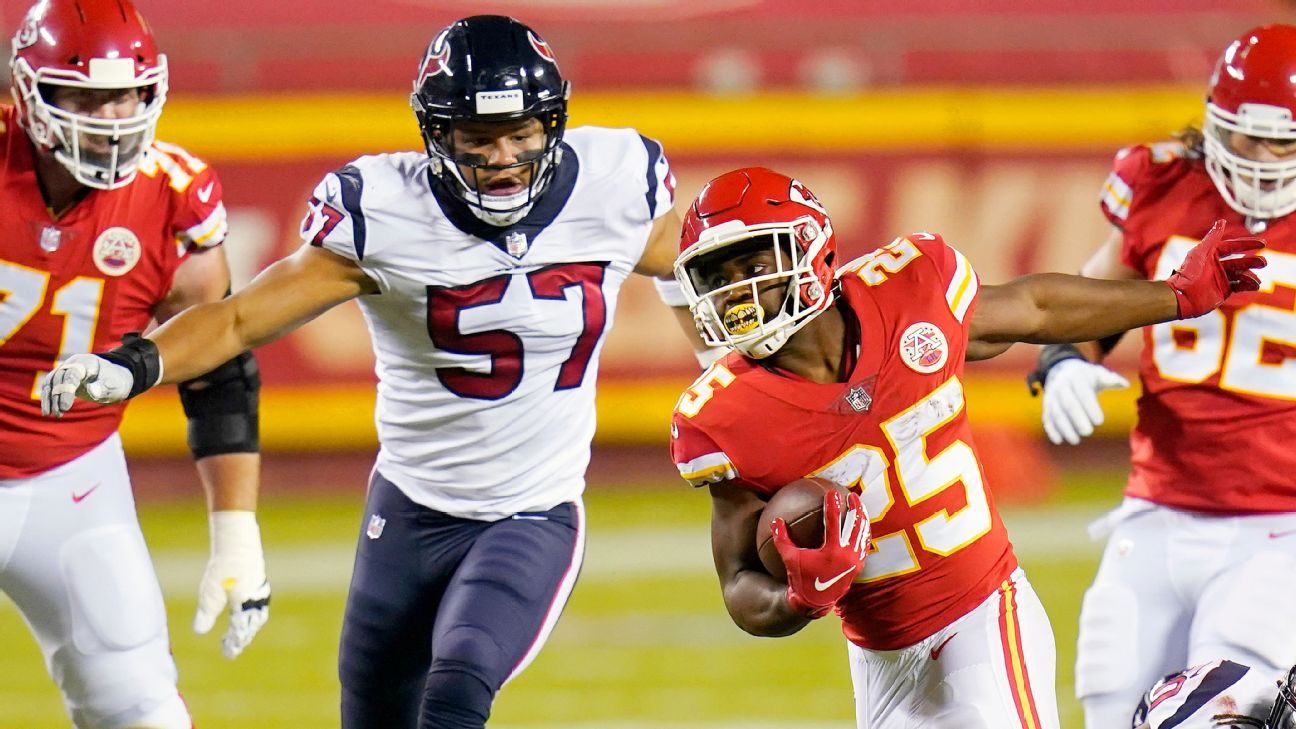 The NFL passed a significant test in dealing with the coronavirus. Tests on all Houston Texans and Kansas City Chiefs players, coaches and team employees from Week 1 came back negative this week, a source told ESPN’s Adam Schefter.

These were the first tests to come back from the regular season. The Texans and Chiefs kicked off the season Sept. 10 in Kansas City, with the Chiefs winning 34-20.

While the NBA, WNBA and NHL are playing in bubbles and regularly getting negative test results, the NFL wasn’t sure what its results would be once travel and full contact between teams began.

One Tier 3 person, a groundskeeper, did test positive, but he was nowhere near players, the source told Schefter.

The NFL had more good news heading into Week 2. All Browns and Bengals players and staff tested negative before Thursday night’s game, a source told Schefter. Cleveland played at Baltimore and Cincinnati hosted the Chargers during Week 1.

The Chiefs issued a statement Thursday saying that a fan who attended last week’s game tested positive. Video showed the person was wearing a mask when entering the stadium. The team used contact tracing to establish who might have interacted with the person and provided that information to the Kansas City Health Department.