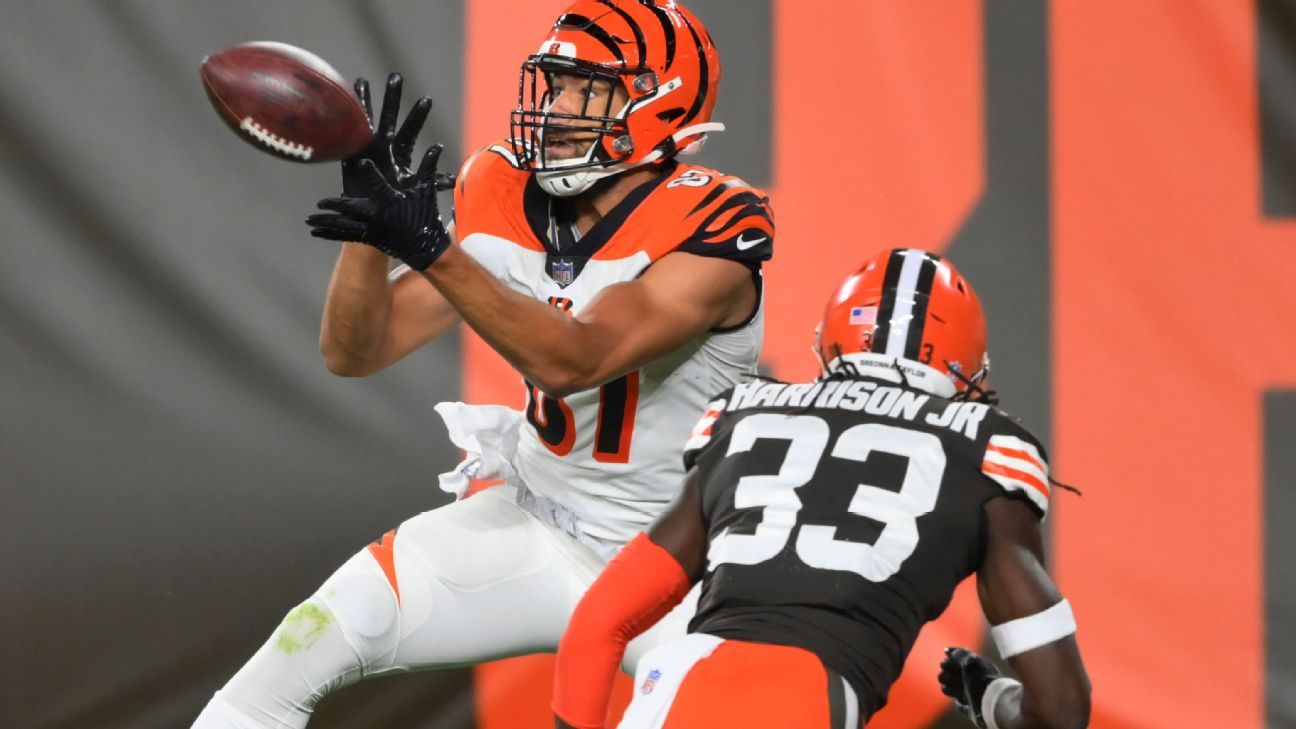 Cincinnati Bengals tight end C.J. Uzomah was carted off the field and ruled out of Thursday’s 35-30 loss to the Cleveland Browns with a right Achilles injury.

Uzomah went down after he caught a 5-yard pass from rookie quarterback Joe Burrow with a little more than eight minutes left in the game. Uzomah quickly shed his helmet after he went down as the cart promptly made its way to him on the field.

Before the injury, Uzomah was one of Burrow’s most effective receivers. The tight end had four catches on six targets for 42 yards and one touchdown — Burrow’s first passing touchdown in the NFL.