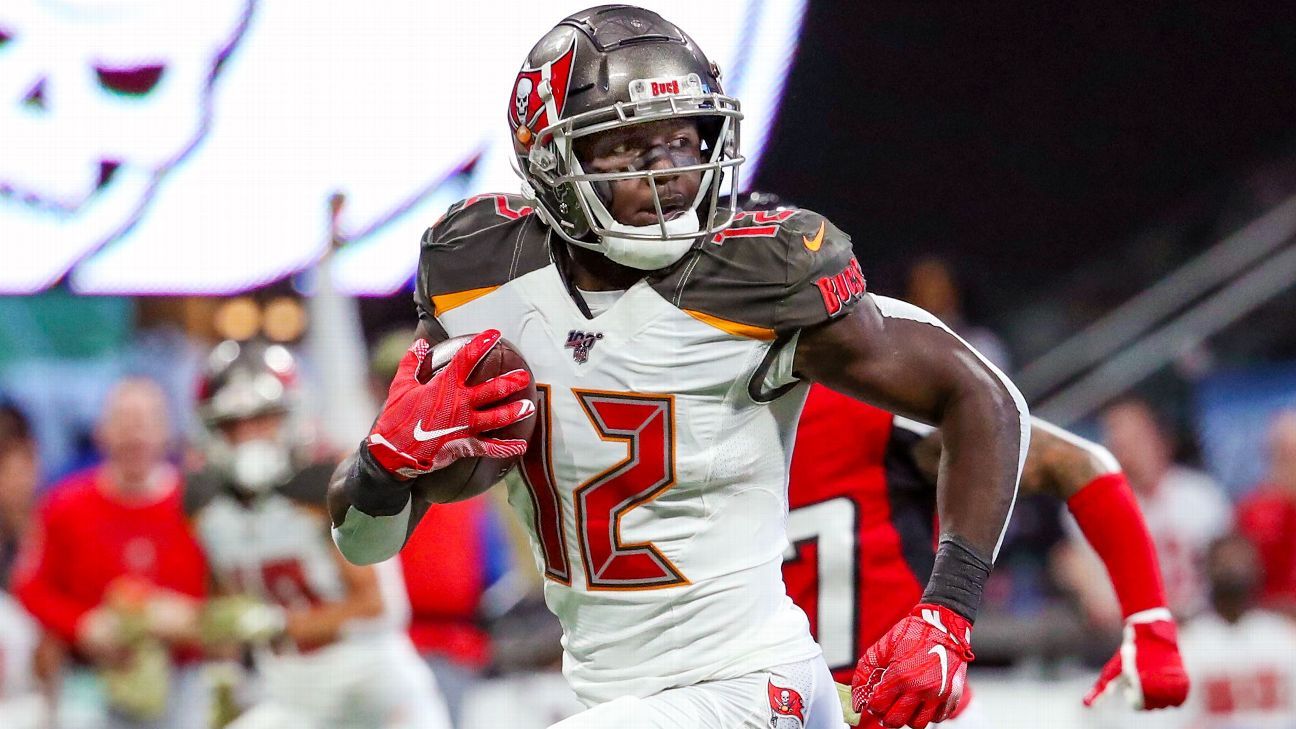 “He’s still going through the protocol,” Arians said Friday. “That was part of the protocol. We’ll still do some more stuff tomorrow. He’s still doubtful. But he did get through this part.”

During the 20-minute portion of practice that was open to the media, Godwin went through some light stretching and pass catching on the sideline with the training staff. Light exercise, football-specific exercise and even non-contact drills are all permissible within the NFL’s five-step concussion protocol.

Godwin led the Bucs with 79 receiving yards against the New Orleans Sunday last week, but took a fourth-quarter hit to the helmet by D.J. Swearinger that drew an unnecessary roughness penalty. In his breakout year last season, Godwin recorded 1,333 receiving yards — third-most in the NFL despite missing the final two games of the season.

The Bucs’ other Pro Bowl wide receiver, Mike Evans, has been limited by a hamstring injury but did play through it Sunday. When asked how Godwin and Evans’ status impacts the game plan, offensive coordinator Byron Leftwich said Thursday, “With who they are, it changes a lot.”

If Godwin can’t clear concussion protocol by Sunday, expect Justin Watson and Scotty Miller to get more looks. Miller caught 5-of-6 passes Sunday for 73 receiving yards, but Watson could also get opportunities to work the middle of the field because of his size — he caught one pass for 6 receiving yards last week.