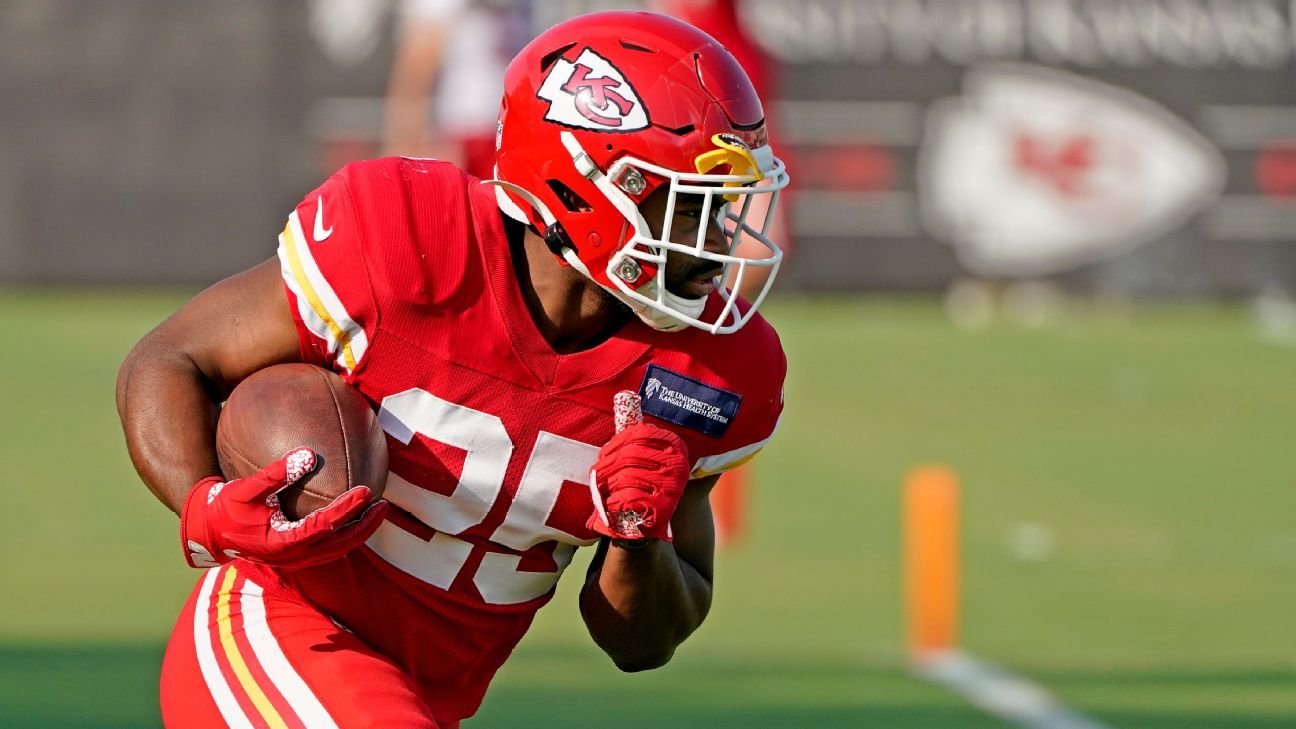 KANSAS CITY, Mo. — The Kansas City Chiefs found much to like in running back Clyde Edwards-Helaire‘s NFL debut last week. He rushed for 138 yards and leads the league through the first week of the season.

But Edwards-Helaire has one area to improve: his running near the opposing goal line. He gained negative-2 yards in six carries in goal-to-go situations, and a couple of his coaches put the blame on him for that.

“The bottom line is, if you follow all the keys we’re coached up to do in our room, he scores,” running backs coach Deland McCullough said. “Some of the things we’re talking about right now would be a moot point. But again, as he continues to grow — he took big growth after the last game and he’ll take another big step in this game — regardless of what the plan is, when we are down there, the running back’s job is to score. And when we do everything we’re coached to do, we’ll score a touchdown.”

McCullough suggested Edwards-Helaire would remain as the goal-line back in Sunday’s game against the Chargers in Los Angeles, saying if he had followed his keys, “We’re having a different discussion about Clyde as a goal-line running back.”

Offensive coordinator Eric Bieniemy said: “Clyde’s got to do a better job of making [the blockers] right. He understands that. He has to be disciplined and sound with his footwork, and he saw that. I know, if anything, he’s probably the most critical person of his own performance.

“Although it was a good performance, he knows he left some things out there on the field that could have helped us to be better.”

The failures in goal-to-go running plays didn’t hurt the Chiefs. Edwards-Helaire got the ball at least once on three drives inside the Houston 10 and they came away with two touchdowns and a field goal in a 34-20 victory.

Edwards-Helaire was a physical runner in other parts of the field against the Texans. He led the league last week with 67 yards after contact, 19 more than his closest competitor. He was fourth in average yards after contact at 2.68.

“He is as advertised, as far as being able to make guys miss, run with a low center of gravity, contact balance, different things like that, vision,” McCullough said. “But also on the flip side, we found out he’s a rookie. It was his first game he played. No preseason. So there was a bunch of things going on all at once in that game.”