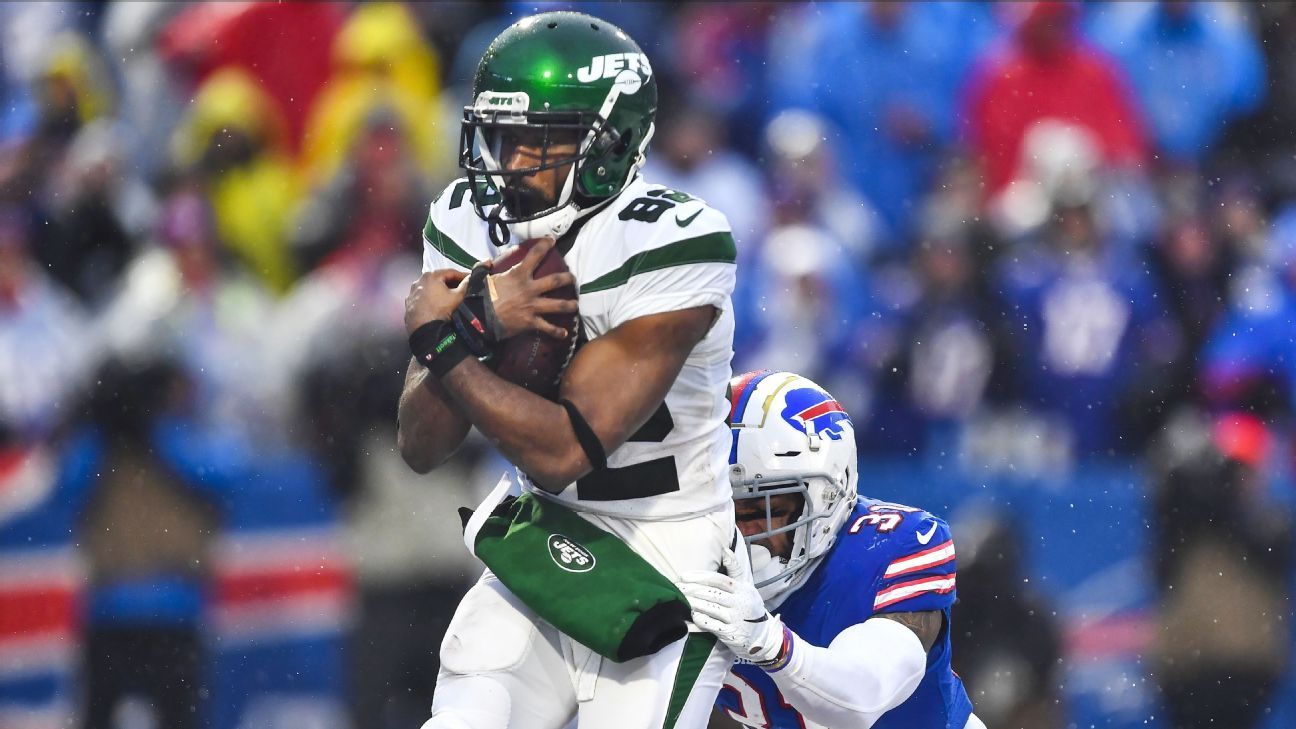 New York Jets wide receiver Jamison Crowder, coming off his first 100-yard receiving game with the team, won’t play Sunday against the San Francisco 49ers because of a hamstring injury, the team announced.

This means the Jets have lost their top two skill players in the span of a few days: Crowder and running back Le’Veon Bell (hamstring), who was placed on injured reserve Tuesday.

Coach Adam Gase, who called Crowder “probably our best player on offense the last two years,” is cautiously optimistic that it’s not a long-term injury. For now, the Jets have no plans to place him on IR. They will re-evaluate him on Wednesday.

Crowder, who had seven catches for 115 yards and a touchdown in the opener, “pulled up” in practice Wednesday and wasn’t able to practice the remainder of the week.

“It would be hard for me to put him out there on Sunday without him practicing Thursday and Friday, even if he did feel better on Saturday,” Gase said. “The last thing we want to do is set him back more. Hopefully, this will be more of a short-term thing than long term, but obviously everybody’s body reacts a little different.”

Crowder will be replaced in the slot by Braxton Berrios, who impressed in training camp. Berrios, acquired on waivers last year from the New England Patriots, has six career catches for 115 yards.

“I’m glad he’s here,” Gase said. “It’s rare to have two slots that can be starters in this league. Braxton, I have a lot of confidence in him.”

The Jets’ starting receivers will be Breshad Perriman, Berrios and Chris Hogan, whom they added in training camp as an injury replacement. Frank Gore will start for Bell. This puts added pressure on quarterback Sam Darnold, who struggled in the season-opening loss to the Buffalo Bills.

“Crowder is a big piece of what we do week in and week out, but Sam has done a good job of focusing on the guys that are out there,” Gase said.

The Jets are hopeful that rookie running back La’Mical Perine (ankle), who was injured Aug. 30, can make his debut. He returned to practice this week and could spell Gore if he’s active for the game.