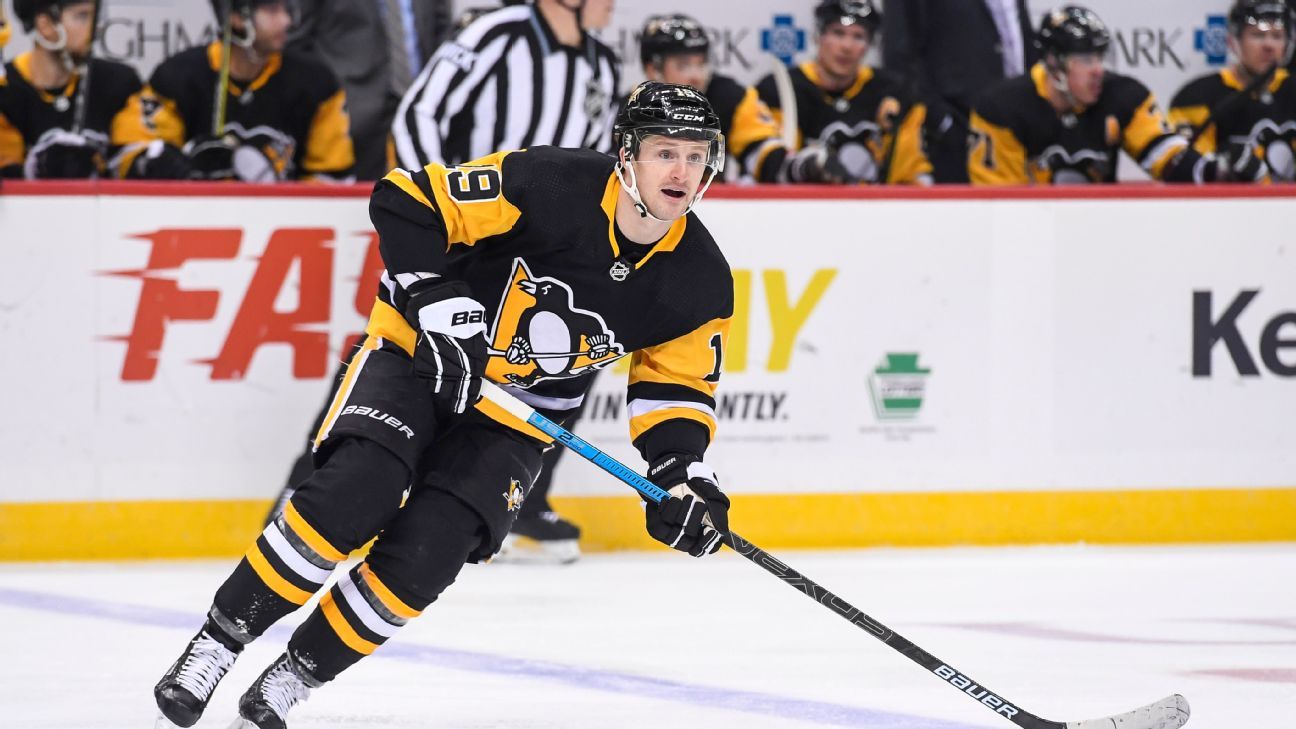 PITTSBURGH — Jared McCann is sticking with the Pittsburgh Penguins.

The team announced Friday it has re-signed the forward to a two-year contract that runs through the 2021-22 season. The deal carries an average annual value of $2.94 million.

McCann, 24, tied a career high with 35 points during the 2020-21 season, collecting 14 goals and 21 assists in 66 games. He added one assist in Pittsburgh’s four-game loss to Montreal in the qualifying round of the Stanley Cup playoffs and was a healthy scratch for Game 3.

“Jared is a good offensive player who can play center or wing,” Penguins general manager Jim Rutherford said in a statement. “We saw improvement in his play this year and feel that there is more upside to his game.”

The Penguins acquired McCann from Florida on Feb. 1, 2019 and he primarily has played on the third line during his time with the team.